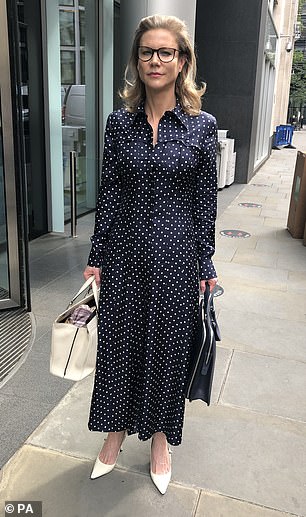 Stephen Jones, who worked in Barclays' investment banking division, spoke to Amanda Staveley (pictured) in October 2008 on the phone with another bank manager at the time, a high court judge said today

A financier who is involved in a £ 1.6 billion lawsuit with banking giant Barclays has accepted an apology from a former bank boss who called her "fat as shit," a court heard today.

Stephen Jones, who worked in Barclays' investment banking division, spoke to Amanda Staveley in a telephone call with another bank manager at the time in October 2008, a high court judge said today.

The details became known in a lawsuit against Ms. Staveley, who was once with Prince Andrew.

During today's trial in London, a transcript of the 2008 call was made available to journalists, in which Mr. Jones criticized Ms. Staveley when he started testifying on Thursday.

His then colleague Stephen Morse, who at the time was Barclay's chief of compliance, had replied, "Well, you know she was with Prince Andrew …"

At the time of the call, the two were discussing Barclays £ 7 billion deal with Abu Dhabi, which saved the bank from seeking humiliating government bailout during the 2008 financial crisis.

Judge Justice Waksman was informed by a lawyer instructed by Ms. Staveley that the financier had accepted an apology made private by Mr. Jones. 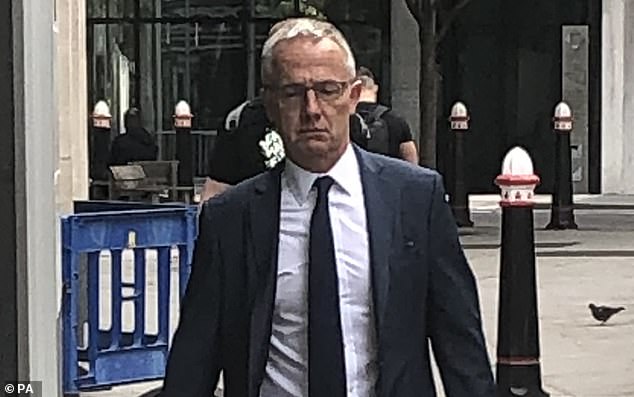 Judge Justice Waksman was informed by a lawyer instructed by Ms. Staveley that the financier had accepted an apology made private by Mr. Jones (pictured today on the High Court).

Ms. Staveley, who has been involved in brokering a deal over the past few months where a Saudi consortium could take control of Newcastle United FC, has discussed the behavior of Barclays executives in negotiating investment deals during the 2008 financial crisis of the high complains court battle.

At the start of the trial, Roger Jenkins, another former Barclays boss who had called Miss Staveley "the cake" in a phone call, had apologized.

Mr. Jenkins and another former Barclays boss, Richard Boath, had discussed Ms. Staveley during a phone call in October 2008, a judge was told.

Mr. Jenkins referred to Ms. Staveley as "the cake" and Mr. Boath referred to it as "this dolly".

She claims she was doing worse business than the investors who were involved in her work. 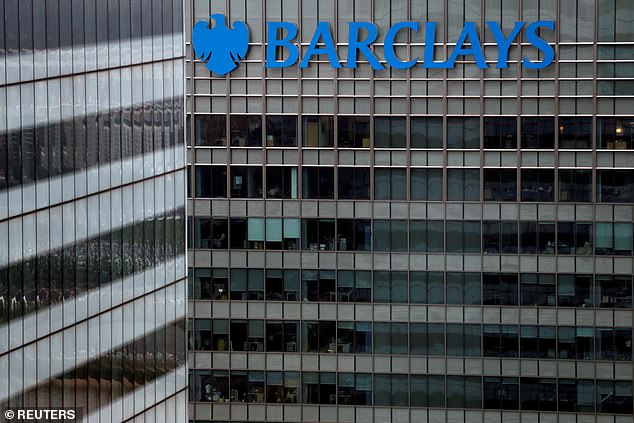 Ms. Staveley has filed complaints about the behavior of Barclays executives (pictured: the bank's building at Canary Wharf, London) when negotiating investment deals during the 2008 financial crisis as part of the High Court battle.

She says Barclays has agreed to give Qatari investors an unsecured £ 2 billion loan, but the loan is "hidden" from the market, shareholders and PCP Capital Partners.

PCP is suing the bank for £ 1.6 billion in damages, while Barclays contests the lawsuit and says it should be dismissed.

He apologized for the comments, saying that they "do not meet the standards of language and behavior that we rightly expect".