Did you guess There seemed to be as many possible solutions to this nationwide Cluedo game as there were characters.

No need to give it away for those waiting to watch it catch up. In either case, the killer's identity is almost accidental.

Was it billionaire Colonel Fowl-Temper with a dirty look in this penthouse overlooking Trump Tower and the Empire State Building?

Until the last minutes of The Undoing, I was convinced that the killer was Mrs. Botox with the wooden dialogue in the electric green coat. 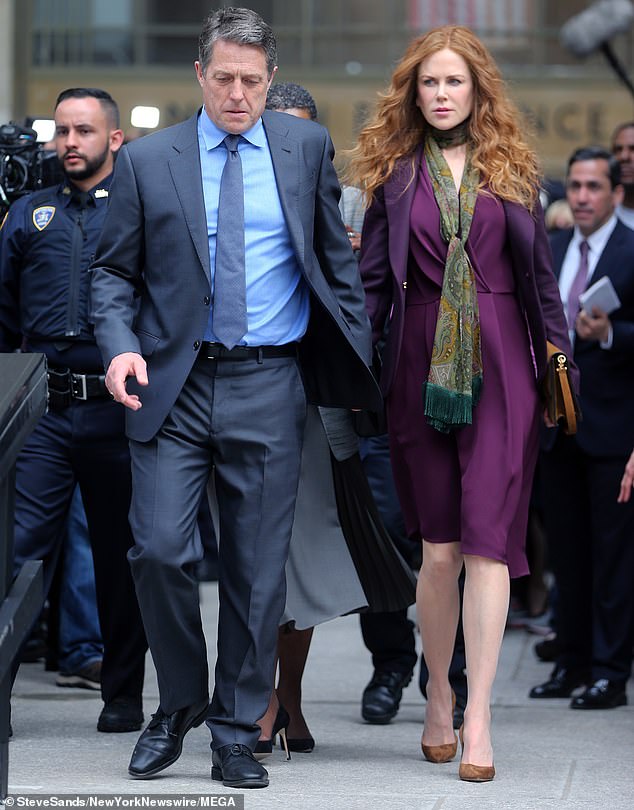 Despite the great cast in this six-part thriller starring Hugh Grant, Donald Sutherland and Sofie Grabol, it was Nicole Kidman's wardrobe that really headlined it

In fact, psychotherapist Grace (Nicole Kidman) was wearing a sheer, ruched purple blouse when she took the stand in a breathtaking turn of the story.

Then she strutted out of the courtroom with a long purple coat around her shoulders.

This was fitting because, despite the great cast in this six-part thriller starring Donald Sutherland and Sofie Grabol, it was Miss Kidman's wardrobe that proved the real headliner.

That dazzling lizard-green coat with its hood, her blood-red silk shirt, her pleated metallic satin party dress that seemed to move like smoke – the plot was trite, but the clothes were out of this world.

Anyone who entered the finals for more killer couture was rewarded with a pink lambswool sweater that turned gray as they walked, and finally – when Grace was in a helicopter looking like a shiny-faced Thunderbirds puppet with headphones and a microphone – a long green dress that wouldn't look out of place on an Amish farm.

These colors were enhanced by digital processing that turned the television screen into a swirling palette. 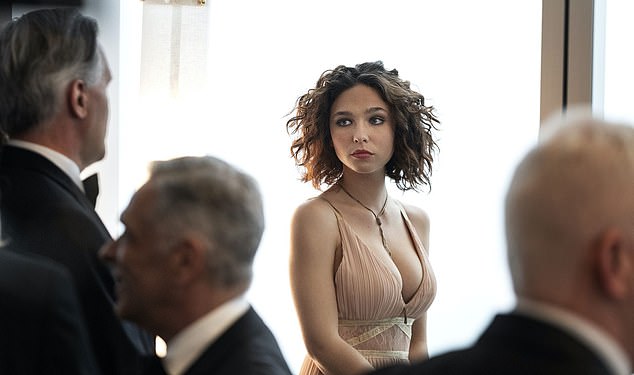 Pictured: the victim Elena Alves, played by Matilda De Angelis on the television program The Undoing

Just as students used to smoke drugs to watch episodes of Teletubbies and giggle at the bright colors, it's possible old hippies get high when they turn down the sound of The Undoing and stare at the kaleidoscopic clothing.

Viewers who couldn't wait to discover the breakup were annoyed yesterday morning with double-page newspaper ads promising to reveal the killer's identity. All we had to do was connect the 460 points.

It took four hours and I confess I had some help. In the end, the page was a curl of red ballpoint pen ink that might have been a crooked portrait of one of the characters – or a tasteless approach to the crime scene with the abused victim in a pool of blood.

In any case, we had our answer. It was Picasso wot dunnit.

I would like to know if the writer Jean Hanff Korelitz was one of those who patiently solved the riddle.

The drama is based on her book You Should Have Known, which focuses much more on the psychology of Grace's marriage to Jonathan.

Your culprit is clear from the start, but that adjustment promised to change everything … and even Korelitz wasn't told how it would end. 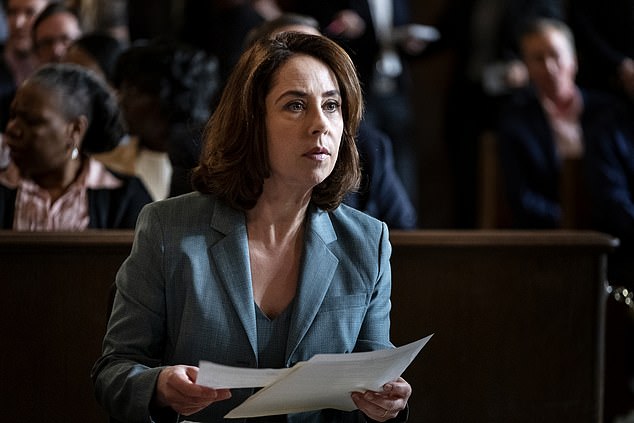 We all suspected. Donald Sutherland, as Grace's bitter father Franklin, seethed with such dislike for his son-in-law that no crime, however violent and pointless, could get beyond him. He paid Jonathan's bail and kept him out of jail just so he could see him suffer.

In one scene, Franklin jumped from his seat on a grand piano and reached out to strangle Jonathan (Hugh Grant), only to be held back by Grace and Jonathan's attorney (Noma Dumezweni).

Minutes later, he comforted Grace as they stared over New York as a thunderstorm exploded.

Wings and lightning strikes … that was a Gothic melodrama for the 21st century. The story was so exaggerated at the time that it seemed possible that the victim, artist Elena (Matilda De Angelis), had beaten herself to death, perhaps in a chaotic sculpting accident.

Everything pointed to the young Henry, Grace's beloved son, after the apparent murder weapon was discovered.

Henry, played by Noah Jupe, claimed he found the damn evidence while playing a game of ball himself at his grandfather's house. He was annoyed at the sight of blood and put it in the dishwasher.

Sylvia made sure that she ran into prosecutor Catherine (Sofie Grabol) in the courtroom toilets and caught her off guard – the poor woman couldn't remember whether she was Danish or American, so she made both accents, generally the same Sentence.

Sylvia and Grace were planning in Central Park. We watched them from afar, too far to hear what they were saying, even though their tortured body language gave a lot away.

They looked like a female version of Prince Andrew and his dear buddy Jeffrey Epstein who were photographed in this park and sadly said goodbye.

This final was also a farewell. After this conclusion, there is certainly no room for a continuation. But maybe the green coat with a hood will get its own spin-off series.

Motsi Mabuse says she doesn't take her "responsibility" to be a black woman on TV for granted
The inexpensive health devices with which you can save up to 1,400 euros
Comment