Go to the altar this weekend! The hammer blow for couples who tie the knot as wedding guests is limited to 15 from Monday according to the new Covid rules. However, 30 mourners may still be buried

Happy couples have to cut their wedding guests in half after the number of people gathered was reduced to 15 under the new Covid-19 rules – but 30 mourners are still allowed to gather at funerals.

Boris Johnson today reversed the lockdown by announcing a series of measures to prevent a second surge in the coronavirus.

Pubs, bars and restaurants are expected to fall under a new 10 p.m. curfew, and stricter penalties could also be announced for those who break the rule of six.

Speaking in Parliament this afternoon, Mr Jonson said that as of Monday, no more than 15 people will be able to attend wedding ceremonies and receptions in order to tighten the "rule of six". The new restrictions could last for six months. 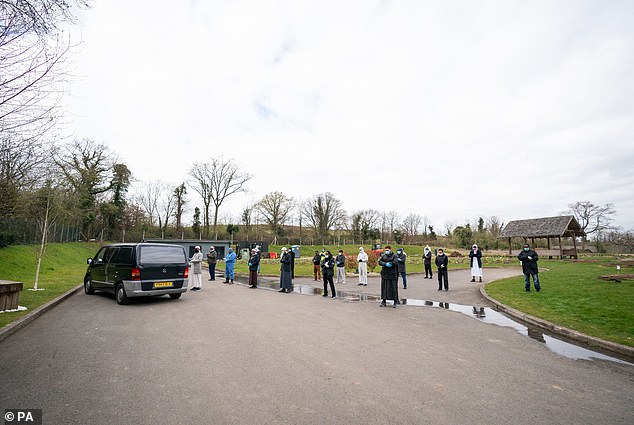 At the beginning of the pandemic, burials were limited to 10 mourners, but that number has been increased to 30. It is not expected to decrease after today's announcement

More than 73,000 weddings and civil weddings have been canceled after a ban was imposed at the beginning of lockdown in March.

Last month the government said it could be readmitted but limited the number of guests to 30. Boris Johnson addressed Parliament this afternoon and confirmed that the number of wedding guests would be limited to 15.

There are no changes to the current limit of 30 funeral mourners. In March, only 10 mourners were allowed to attend funerals, with instructions stating that they were only open to "immediate family members".

Michael Gove today insisted that the government take "reluctant steps" with the new coronavirus measures, but added that they are "absolutely necessary".

"There will be more details that the prime minister will set out and one of the points that he will make is that nobody wants to do these things, nobody wants to take these steps," he told Sky News. “The steps we are taking are reluctant, but they are absolutely necessary.

"Because, as we were reminded yesterday, and as you reported, the infection rate is increasing, the number of people going to the hospital is increasing and we must therefore act."

"We will go ahead: we just want to get married now." 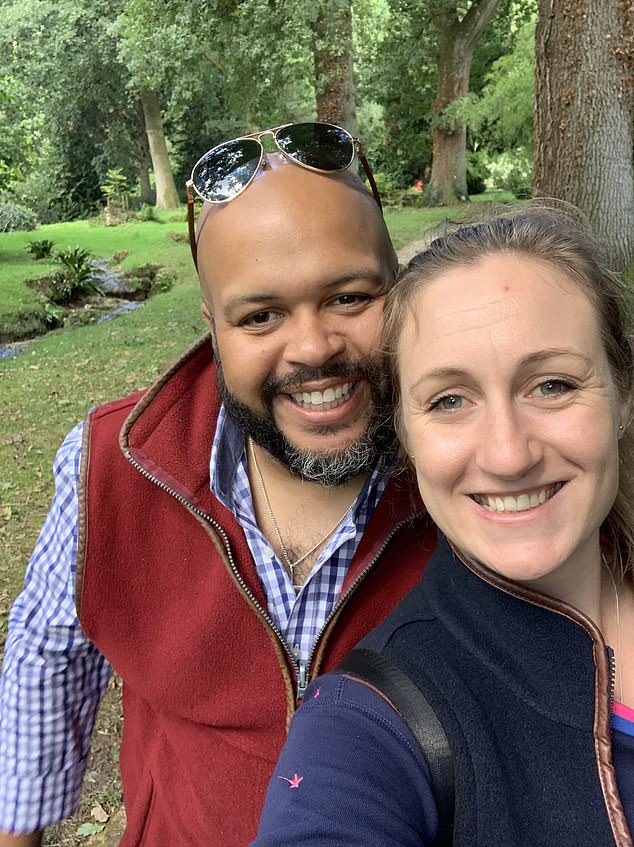 Future bride Felicity Challis, 34, and Leon Davies, 35, had planned to tie the knot with at least 30 of their loved ones and say they were disappointed with the government's latest plans

Will this disrupt your wedding plans?

Felicity Challis, 34, and Leon Davies, 35, were supposed to get married at St. James the Great Church in Ruscombe, Berkshire and say they were "frustrated" that their big day is now being cut short.

She adds, "There are so many bubbles and yet we can't trust friends and family (who are also part of the work and employment bubbles) to celebrate our wedding."

The couple say they “just want to get married” at this point and will therefore continue their wedding plans with the government's reduced number. 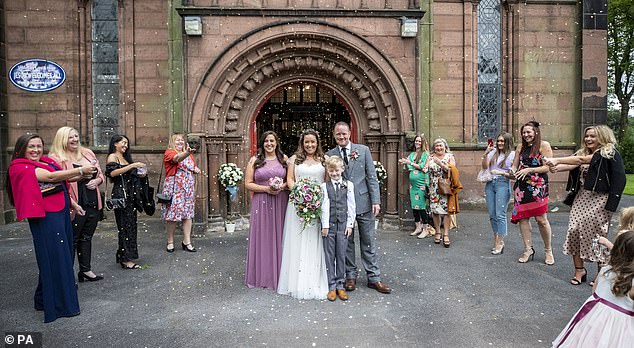 Just weeks after the weddings resume, the government will limit the number of guests to 15