Two sisters who became gangsters and ran a multi-million dollar drug ring from their beauty salon business were arrested.

The Dins built heroin, cocaine, and amphetamines to contacts in South Yorkshire through the Wrafter family – Peter, 58, and his daughter Natalie.

Drug addicts and those indebted to traffickers in Greater Manchester and Yorkshire were hired as couriers to move the drugs and cash across the borders.

A two-year Pennine operation has now detained 18 people for a total of 139.5 years after police seized £ 3 million worth of drugs. 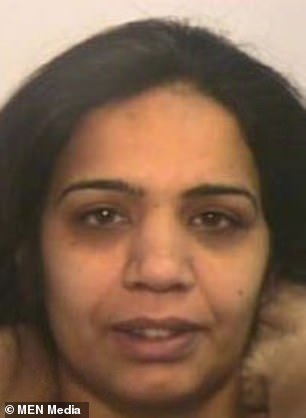 Shazia (43) (left) and Abia Din (45) (right) ran the online beauty product business & # 39; Beauty Booth & # 39; in Bury as the front for their covert criminal enterprise. The Dins built heroin, cocaine, and amphetamines to contacts in South Yorkshire through the Wrafter family – Peter, 58, and his daughter Natalie 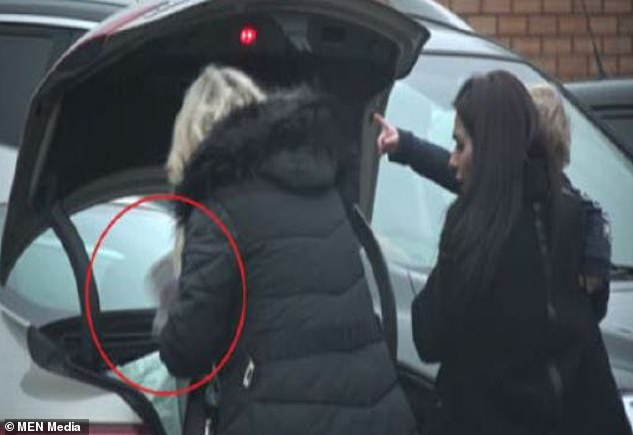 Shazia Din and Natalie Wrafter were seen performing a surveillance operation that exchanged thousands of pounds in drug money in the HMP Doncaster parking lot. Both were detained as part of Operation Heart, under the direction of Greater Manchester Police

Shazia Din and Peter Wrafter have teamed up with their courier team on both sides of the Pennines to create a network that will facilitate the transport and distribution of drugs in both regions.

Operation Heart, led by the Greater Manchester Police Department (GMP) and South Yorkshire Police Department on Serious and Organized Crime, investigated the significant supply of Class A and B drugs between Bury and Doncaster.

The drug bankruptcy exposed Class A and B narcotics valued at £ 3 million, £ 300,000 cash, a firearm, ammunition, a hydraulic press and an established cross-Pennine cohort that carried and traded significant amounts of drugs.

Following a trial delay due to Covid-19, five men were convicted of conspiracy to deliver Class A drugs in Manchester Crown Court on Tuesday and Wednesday.

This corresponds to the total number of people convicted as part of the major operation that began in December 2018 to 18.

Detectives began rigging intelligence agencies, which resulted in a series of arrests in Greater Manchester and South Yorkshire in the early months of 2019.

The most significant transport came during the arrest of 39-year-old Lee Davis, who was caught red-handed loading 28.2 kilos of heroin, valued at 2.8 million pounds, into a van in June 2019.

On July 24, 2019 – after Wrafter had already been convicted and a significant number of accomplices arrested – GMP coordinated a strike on the last day to arrest Shazia, her son Hassan, Abia and the other remaining conspirators. 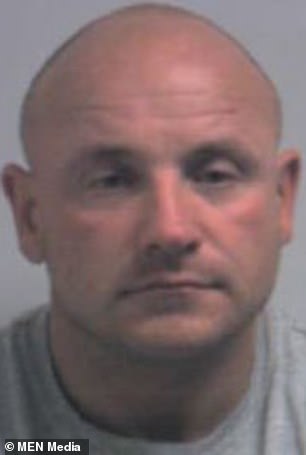 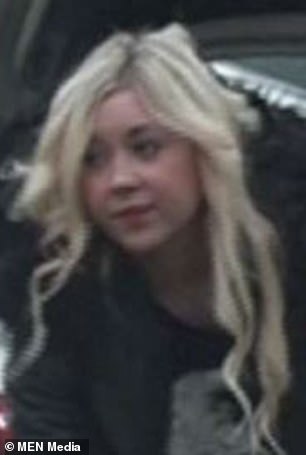 The Dins expanded heroin, cocaine and amphetamines to contacts in South Yorkshire through the Wrafter family – Peter, 58, (left) and his daughter Natalie (right). 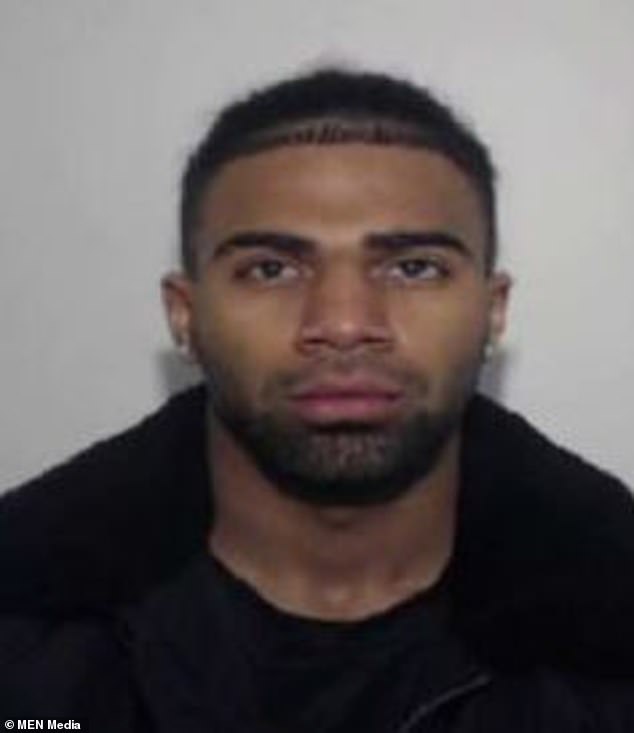 On July 24, 2019 – after Wrafter had already been convicted and a significant number of accomplices had been arrested – GMP coordinated a strike on the last day to arrest Shazia, her son Hassan (pictured), Abia and the other remaining conspirators

This included Wrafter's daughter Natalie Wrafter, who had replaced her father after his arrest and subsequent conviction and who continued to work with Shazia.

The following group were convicted of conspiracy to supply Class A drugs between July 27 and 29 at Manchester Crown Court.

The following five men were convicted of conspiracy to supply Class A drugs at Manchester Crown Court between December 1st and 2nd.

The following people were also convicted of Class A drug offenses and were convicted in Sheffield Crown Court.

The following were also sentenced.

In her relationship with Peter Wrafter, 57, heroin, cocaine and amphetamines were delivered and distributed on networks in South Yorkshire.

Wrafter was arrested after being found in his Mercedes van with a gun, ammunition, drugs and cash.

Shazia Din then "promoted" her son Hassan Din (21) to be the figurehead of the business, and Natalie Wrafter (31) succeeded her father, according to the court.

Mr. Ford: & # 39; Natalie would purchase Class A medication for re-use in Doncaster for a wholesale amount.

On December 19, 2018, encrypted devices from Shazia Din and Lewis Yates were participating in a data session not long after a phone call between Peter Wrafter and Shazia Din.

On January 3, Yates was seen leaving an address in Doncaster and surveillance officers saw Wrafter handing Yates a sum of money.

Yates then drove to Cheetham Hill, where he was stopped by officers – he had children in the vehicle and in the passenger seat was a bag with 10,000 pounds and an encrypted cell phone.

Four days later, Wrafter was arrested in a Mercedes van in Doncaster – a revolver and ammunition, as well as cash and phones, were recovered.

In the house he shared with his daughter Natalie, they found it contained 26 kilos of amphetamines, one kilo of heroin and encrypted telephones.

"After his arrest, there were desperate efforts to contact him from Shazia Din and her son Hassan."

A month after Peter Wrafter was arrested, Shazia Din and Natalie Wrafter were spotted by a surveillance operation trading thousands of pounds in drug money in the HMP Doncaster parking lot before visiting Peter Wrafter, who was an inmate.

Natalie Wrafter and drug wholesaler Adam Hopewell controlled a group of drug couriers in Yorkshire at the end of the operation, and Shazia Din also ran her own couriers, according to police.

One of them was James Dickson, 61, who transported a kilo of heroin from Crumpsall in north Manchester to Doncaster in a Ford Fiesta owned by Alan Forster, 41, on February 5, Ford told the court.

On February 27th, Hassan Din was seen handing David Wright, 54, a "large travel bag" in a back alley in Whitefield.

Wright gave Hassan Din an envelope before heading to Longley Lane in Wythenshawe in south Manchester.

In a second exchange, the travel bag was then handed over to another courier, Arjan Bedesha, say the police.

But officials from Operation Heart, led by GMP and the South Yorkshire Police, intercepted Bedesha's rental car in Mere, Cheshire while he was traveling to London.

Mr Ford said: "He was stopped by police officers who found the £ 170,000 money in his spare wheel room."

In March, police raided an apartment in The Rock, Bury, used by the Din family as a "warehouse".

Inside, they found £ 66,000 in cash and a money counting machine, 1 kg of cannabis, digital scales and a vacuum packing machine, the court heard.

This resulted in a number of couriers and others being caught in the act – including Forster's partner, Rachael Turpin, 39.

Prosecutors said Turpin remained in constant contact with Forster and Hopewell during a nightly run into South Yorkshire with £ 50,000 worth of cocaine.

Jonathan Ramsbottom, 36, drove a 1kg cocaine van to the Pennines, where he met Melvyn Sheldon, 40, on April 26.

A judge who imprisoned Ramsbottom ordered him to go to the cells when he hit the glass dock and fought with four port officials.

Then in April 2019, Wright and Sheldon were spotted on the surveillance officers' dashcam footage speaking through the passenger window of Wright's van.

Prosecutors said: “A kilo of cocaine and an encrypted phone were found in the passenger seat.

"When he was arrested and warned, Wright said," It was fucking stupid to do that, I wish I hadn't taken the job. "

The police then carried out two major raids, the court heard.

All had cash, encrypted cell phones, and luxury items including Rolex watches and a diamond ring valued at £ 60,000.

They also had expensive lease cars, including a £ 50,000 Mercedes, it said.

Yates' Ashton-under-Lyne address was searched and officials found a 30-plant cannabis farm in the attic.

Judge Alan Conrad QC condemned them, saying, “This was a professional, organized conspiracy network with carefully selected workers, some of whom were self-employed, from organizers to moderators to couriers and their assistants, and those who were ready to go store the medication.

“The main conspiracy was long and carefully organized, apart from the huge amounts of drugs and cash.

"The effects of controlled drugs on addicts, even some of you, are illness, humiliation, and sometimes even death – along with the financial pressures that lead to employment crime."