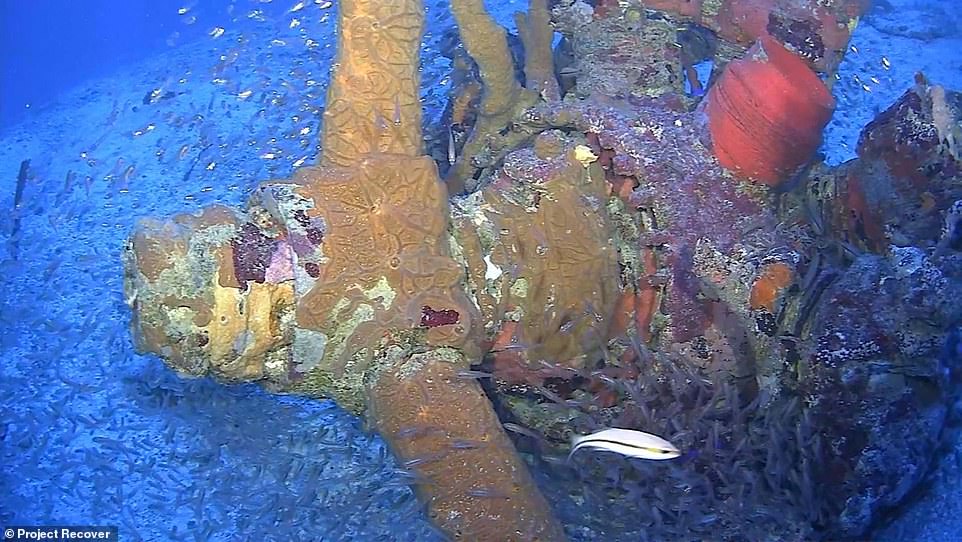 
The heroes' final resting place: three US bomber planes, which were shot down during World War II and have been missing for 76 years, are found with the help of high-tech sonar on the bottom of a lagoon in Micronesia

The remains of three American fighter jets that flew over the Pacific during the Second World War and were then missed were found on the bottom of a lagoon in Micronesia.

The mutilated parts of the three planes were discovered by Project Recover, an organization that is privately and publicly funded to rescue the remains of American GIs that were missing in action.

Two of the aircraft are SBD-5 Dauntless dive bombers and the third is a TBM / F-1 Avenger torpedo bomber.

According to Fox News Channel, Project Recover found the metal parts from the aircraft on the bottom of the Truk Lagoon using remote-controlled submersibles.

The aircraft participated in Operation Hailstone, a mission launched by the U.S. military in February 1944. 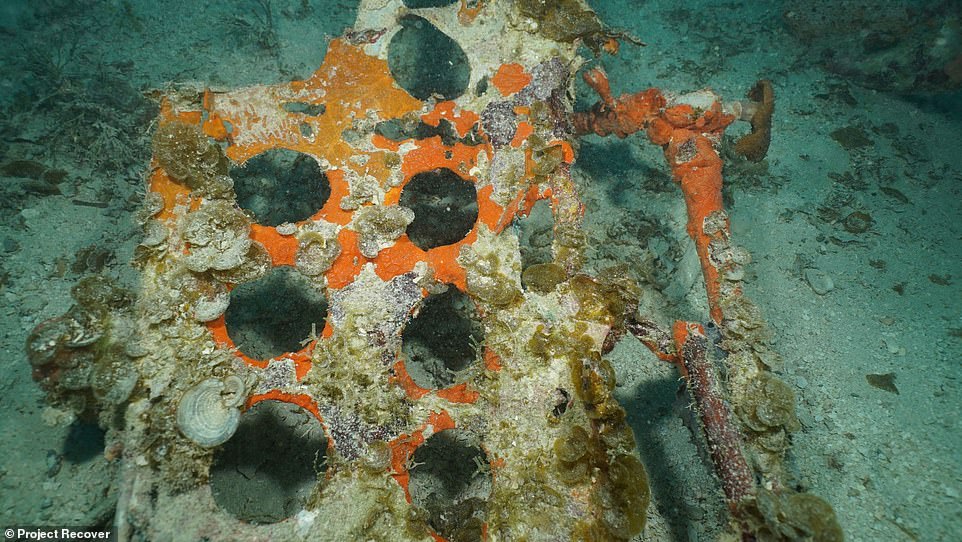 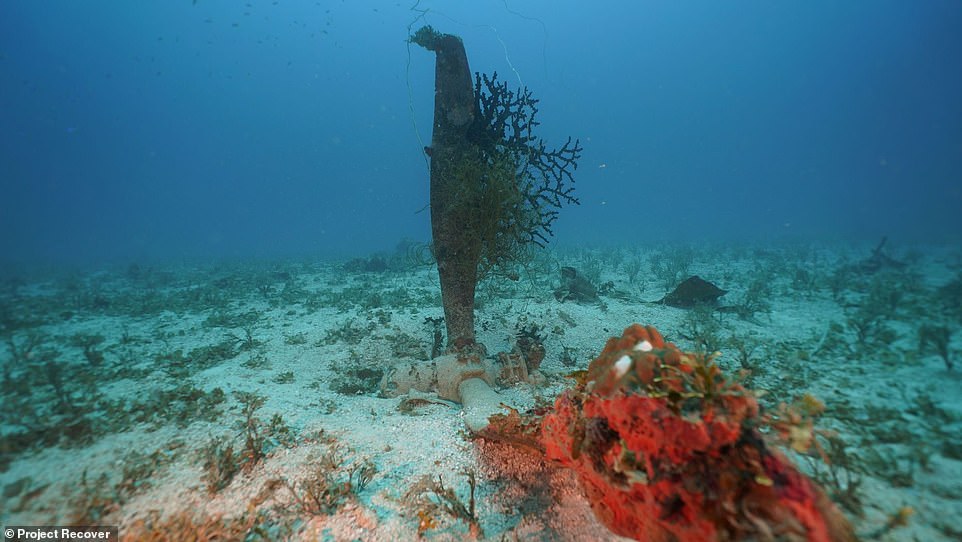 The photo shows a propeller of a US SBD-5 Dauntless dive bomber from Operation Hailstone, which stands over the sand in the Truk lagoon 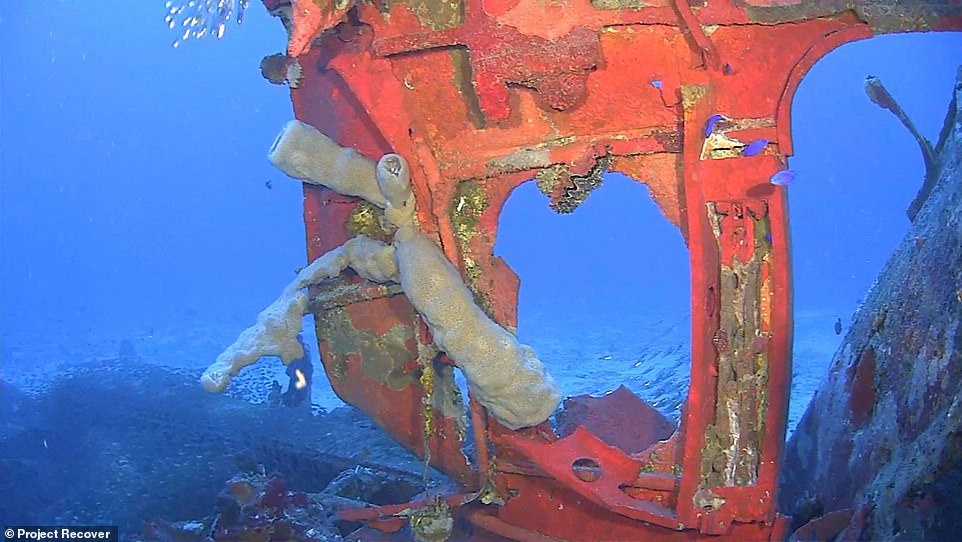 The picture above, taken from a submersible, shows a starboard viewing area and a hatch of a US TBM / F-1 Avenger torpedo bomber in the Truk lagoon 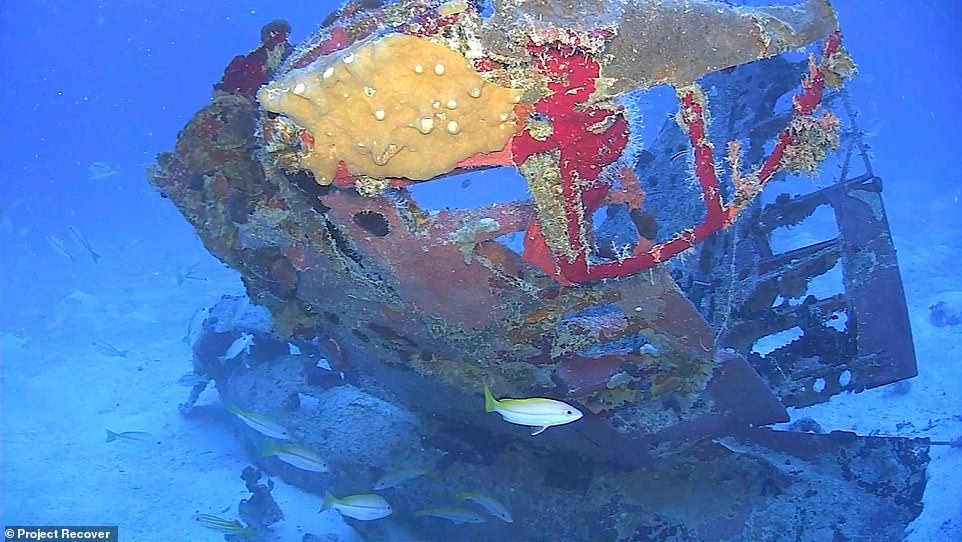 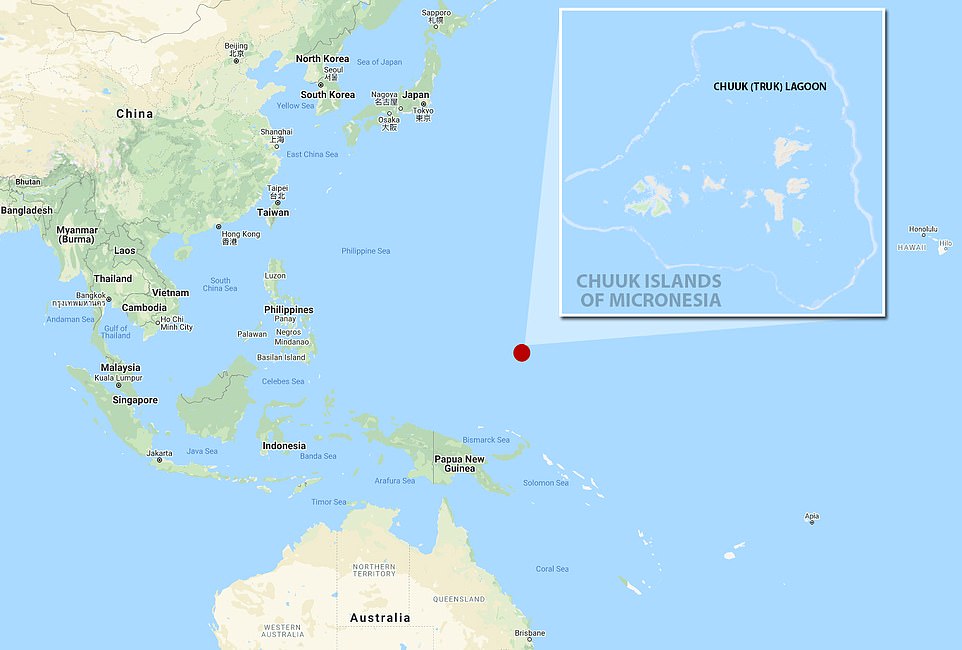 The Truk lagoon is part of an archipelago in the Federated States of Micronesia (see map above).

US bombers hit the lagoon, which at that time was being held by Imperial Japan's armed forces.

Truk was considered a valuable base for the Japanese Navy at the time.

The Americans managed to conquer the lagoon after a day of fighting despite losing 40 men and destroying 30 planes.

The three planes found by Project Recover are believed to be linked to seven men who were declared missing by the U.S. military.

The three aircraft flew from the aircraft carriers USS Enterprise and USS Intrepid.

The researchers undertook four expeditions to the lagoon between April 2018 and December 2019.

They scanned nearly 70 square miles of the ocean floor before finally finding debris from the three planes.

"Following completion of the December 2019 archaeological investigation of the crash sites, the team is now preparing reports for review by the U.S. government to potentially initiate a process to recover and identify the remains of up to seven crew members involved in these aircraft Connect. " Andrew Pietruszka, senior archaeologist at Project Recover, said. 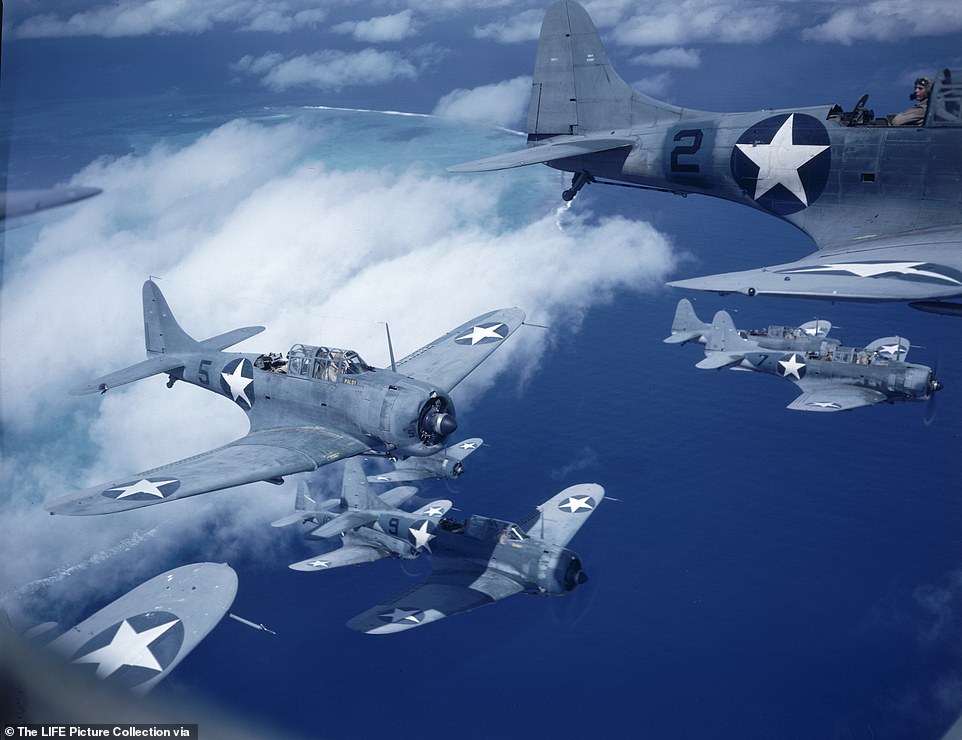 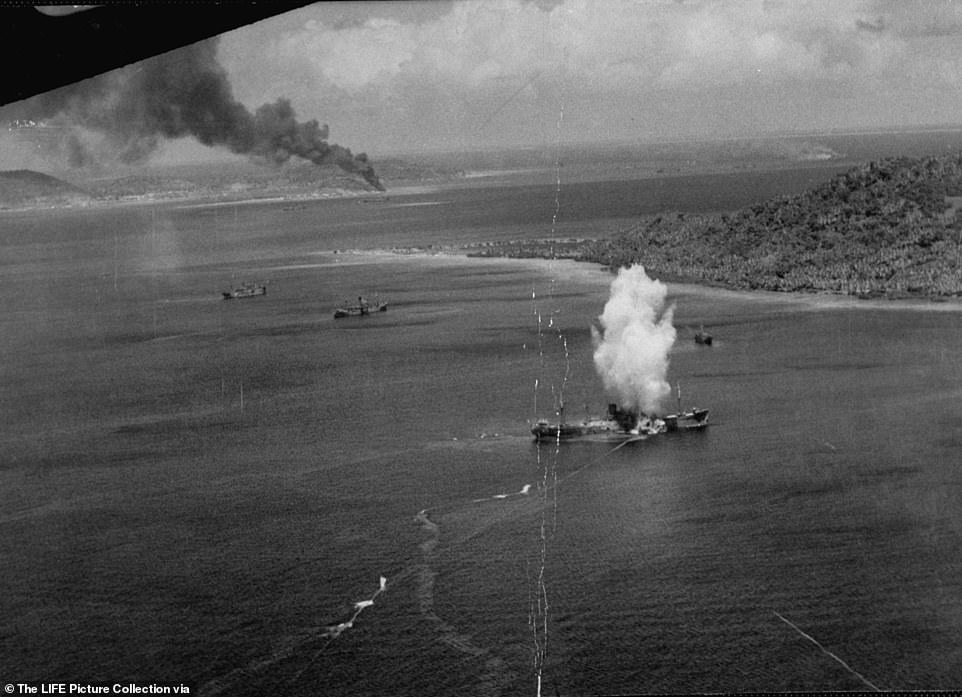 The search results have been shared with the Federated States of Micronesia and the Pentagon's POW / MIA accounting agency.

"The search for these three planes was only possible with the commitment and tireless efforts of our team members and the support of the host country," said Mark Moline, co-founder of Project Recover.

"While the discovery of these places is exhilarating and affirmative, these feelings mix with the humiliating emotions of the victims that these service members and their families bring to protect our freedoms."

The researchers want to continue the search for further remains of aircraft and soldiers.

"Project Recover is honored to do our part to keep our nation's promise to bring our fallen service members back home, and we continue to work to find more Americans missing in Chuuk and around the world." he said in a statement.

Last month, Project Recover unveiled high-resolution images of a missing fighter plane that lay on the bottom of the Pacific Ocean for close to Hawaiian costs for nearly 80 years.