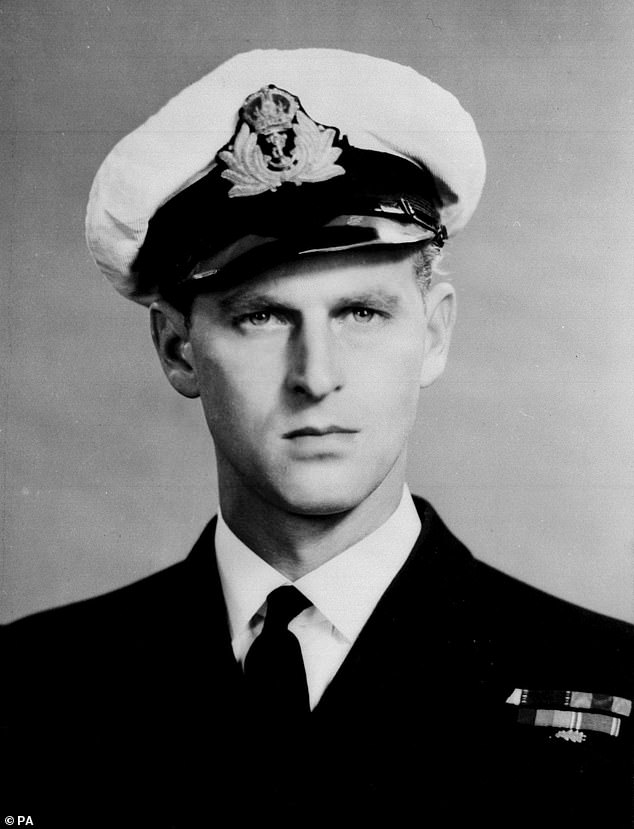 The Royal Family has posted a black and white picture of a young Prince Philip while he was first lieutenant aboard the Navy's destroyer, the HMP Whelp, which rescued Japanese prisoners of war in 1945.

They shared the picture on today's 75th anniversary of Victory in Japan Write: & # 39;Did you know the Duke of Edinburgh was on active duty in Tokyo Bay when the Japanese surrendered on VJ day?

His Royal Highness joined the Royal Navy as a cadet in 1939.

After active service with HMS RAMILLIES, HMS VALIANT and HMS WALLACE during World War II, he served as First Lieutenant with HMS WHELP.

"On the VJ day, the ship's crew helped HMS WHELP with the recovery of prisoners of war."

The Duke of Edinburgh recalled his experience of the historic day on Tokyo Bay in a BBC interview recorded in 1995.

"I think I spent longer in [HMP] Whelp than any other ship and was first and second in command from start to finish," he said.

“And it got me all the way from Scapa Flow to Tokyo and back again. 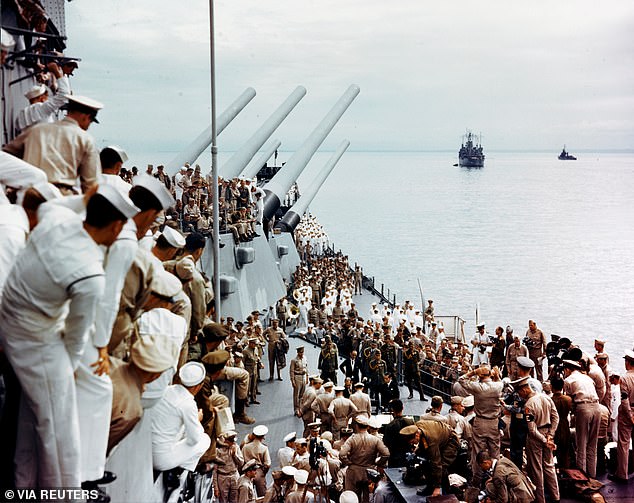 & # 39; In Tokyo Bay with the surrender ceremony in a battleship 200 meters away. You could see what was going on with binoculars, ”the Duke recalled in an interview in 1995

& # 39; In Tokyo Bay with the surrender ceremony in a battleship 200 meters away. You could see what was going on with binoculars.

& # 39; It was a huge relief. I remember we drove on to Hong Kong from there and had the most extraordinary feeling when we sailed.

"All of those little things made it feel like life was different."

The HMS WHELP took on board a number of emaciated prisoners of war who had been held by the Japanese.

The Duke described the emotional moment when they collected the released PoWs. & # 39; These people were naval people. You were emaciated and sat in the mess, ”he said.

They were suddenly in an atmosphere that they recognized.

“And our shipping company also realized that they were fellow sailors when they gave them a cup of tea.

“It was an extraordinary sensation because they just sat there, both sides, ours and her, I mean, only tears ran down their cheeks.

“They just drank their tea, they really couldn't speak.

The Duke of Edinburgh is part of the DCMS Then and Now project, which recognizes a small sample of people who served and supported the war effort leading up to the victory over Japan.

To mark today's 75th anniversary of VJ Day, images were shown on large screens across the country.