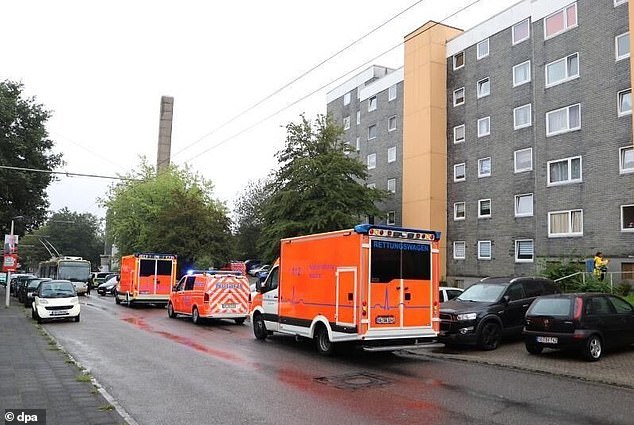 Five children were found dead in Germany today after their mother allegedly killed them before attempting to take her own life.

The bodies were discovered in a residential building in Solingen, 32 km from Cologne in western Germany.

According to Bild, a 27-year-old mother is suspected of killing the five teenagers before jumping in front of a train, but survived with serious injuries.

The five dead children are said to be one, two, three, six and eight years old, while an 11-year-old was uninjured.

The German police found the bodies of five children in a building in the city of Soligen, local media announced today (picture, emergency vehicles in front of the house)

On Thursday afternoon, the children's grandmother apparently called rescue workers into the house.

One report said rescuers tried to resuscitate the children but were too late to save their lives. The youngest was an 18 month old girl.

The mother is said to have jumped onto the tracks at the main train station in Düsseldorf, 32 km from Solingen, but survived and is now in the hospital.

The German rail operator DB stated that there were track closures in Düsseldorf because an emergency doctor was needed on the route.

A house police spokesman said it was a "tragic situation" and added that the mother was not yet in a suitable condition to be questioned. 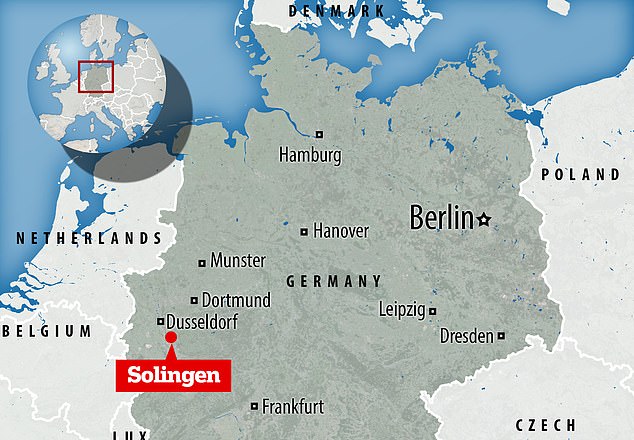 The bodies were discovered in a residential building in Solingen, 32 km from Cologne in western Germany

“We assume that a crime has been committed. How and why that happened, we can't say, "the spokesman told the broadcaster WDR.

The authorities in nearby Wuppertal are investigating the death of the children with dozens of officers and a fleet of emergency vehicles in front of the building.

Police say more details will be released later today, but how the children died is not yet known.

Jürgen Hardt, a member of the German Bundestag, said he reacted in horror when he heard the news of the death of the children.

"I wish the emergency services and the police strength as they deal with the case, which will also affect them deeply," he said.