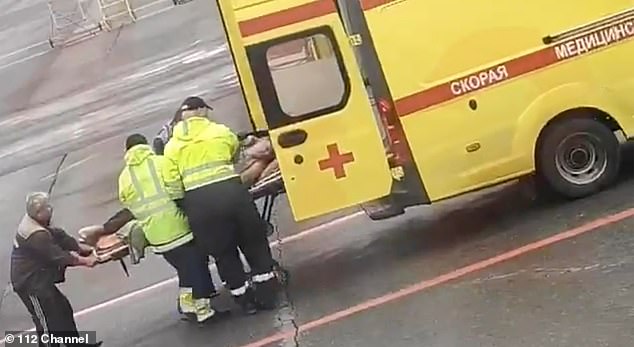 The lawyer and anti-corruption fighter fell ill on a flight from Tomsk to Moscow and forced the plane to make an emergency landing in the Siberian city of Omsk.

The video shows the Navalny being taken off the plane and into a waiting ambulance before being taken to the intensive care unit.

He is now in a coma and is on a ventilator. Doctors say his condition is "serious," said press secretary Kira Yarmysh.

Alexei Navalny, arch-rival and critic of Valdimir Putin, was hospitalized after apparently being poisoned (pictured Navalny being taken to an ambulance). 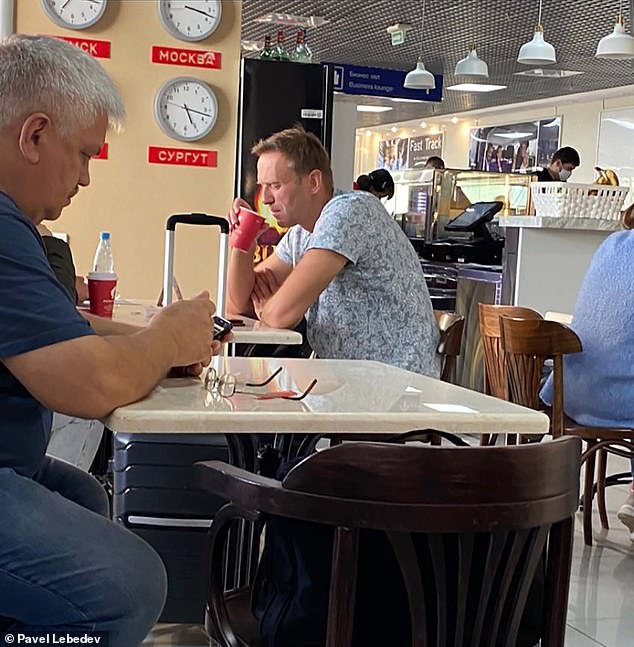 Yarmysh said she suspects poison was added to the tea he drank at the airport, in an image that is rife on social media.

The manager of the Vienna cafe at Tomsk Airport, where the picture was taken, said the employee who served Navalny the drink could not now be found.

The cafe has closed and an investigation is ongoing, the manager said.

Medical professionals have made a preliminary diagnosis of "toxic poisoning," but test results are not yet available.

Yarmysh wrote from his ambulance: “We assume that Alexei was poisoned with something that was mixed with the tea. It was the only thing he drank in the morning.

Doctors say the toxin was absorbed faster by the hot liquid. Alexey is now passed out. & # 39;

She added: “This morning Navalny returned from Tomsk to Moscow. He felt sick on the flight.

"The plane made an emergency landing in Omsk." 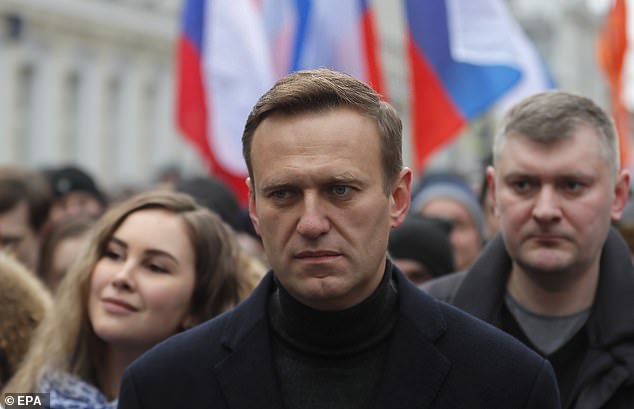 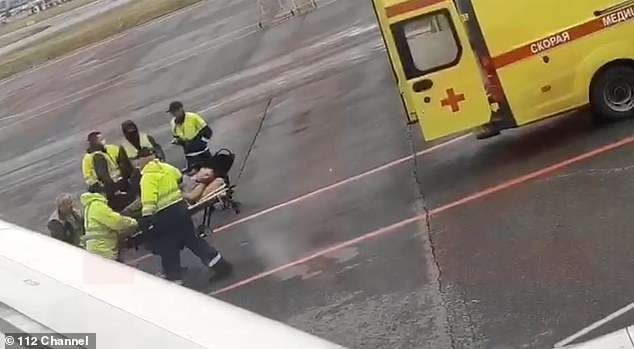 Navalny was passed out when he was removed from the plane and had to be put on a ventilator. He is now in a coma and doctors say his condition is "serious".

Navalny is considered Putin's most charismatic and potentially dangerous enemy.

He has been subject to constant legal assault and served a number of prison terms.

His anti-corruption organization has been labeled a "foreign agent" by the Russian authorities.

Police have repeatedly raided his offices and this is not the first time Navalny has suffered a physical attack.

In 2017, he was left partially blind in one eye after attackers tossed green dye used as a disinfectant on his face outside his office.

In August last year, he suffered rashes and swollen face when he was in police custody at short notice asking for illegal protests.

He was rushed to the hospital where doctors said he had an allergic reaction, but Navalny asked for an investigation into the poisoning.

He was poisoned in police custody. I am sure the same thing has happened now. They are different symptoms, obviously a different drug, ”Yarmysh said.

She told the radio station that she met Navalny to go to the airport in the Siberian city of Tomsk on Thursday morning when he seemed "perfectly fine".

"He only had black tea at the airport," she said.

"Immediately after takeoff, he passed out pretty quickly." 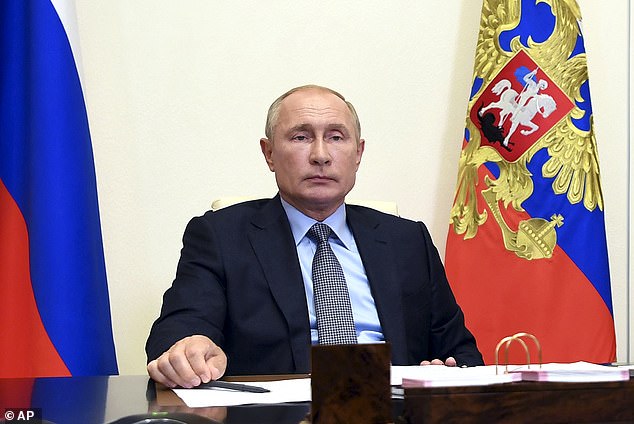 Belarusian President Alexander Lukashenko has accused Navalny of fermenting the protests in his country without providing any evidence.

In a recent revelation, Navalny claimed that Putin's ecology chief Svetlana Radionova is linked to a luxury real estate business and that her wealth cannot be explained.

Navalny has vowed to overthrow Putin and replace him as president.

His spokesman said that after the plane took off in Tomsk, Navalny, 44, he felt unwell and asked me for a napkin, he was sweating.

He asked me to speak to him because he had to focus on the sound of the voice. I talked to him, then they brought a cart with water.

I asked if water would help, he said no. Then he went to the bathroom and passed out afterwards. & # 39;

It was later reported that Navalny had regained consciousness in the intensive care unit but "had difficulty speaking".

Alexander Murakhovsky, the chief physician who treated Navalny, rated his condition as "serious".

Separately, TVK reported, citing the Ministry of Health in Omsk, that he had remained unconscious.

This contradicted an earlier report that he had stopped by. Tomsk Navalny Coordinator Kseniya Fadeeva told Open Media: "He was perfectly fine before drinking tea at Tomsk Airport."

Barack Obama flares Donald Trump for "inventing peaceful demonstrators and gassing them in tears".
In 2021, the NEW calls for less content for high school graduates and GCSEs, as the students find the tests "too stressful".
Comment