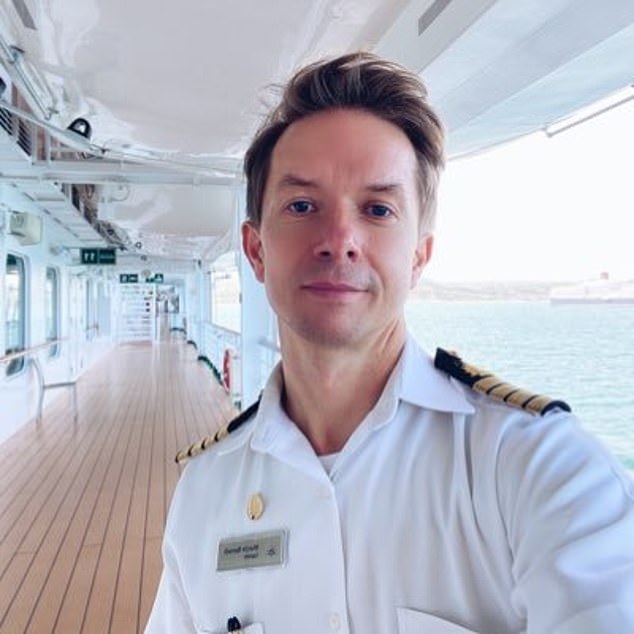 
At the helm of the "ghost ship": The captain of the luxury cruise ship P&O, anchored off the coast of Devon, is one of the few months on board after 3,100 passengers and 1,280 crew members left the ship

The captain of a P&O ghost ship shared his experience aboard the normally full ship as it only sits off the coast of Torbay with a handful of staff on board.

Marcin Banach, who is usually escorted with more than three thousand passengers and one thousand employees, is currently moored in front of Babbacombe Bay Torquay on the Azura cruise ship with only skeleton personnel.

He will be there until November when P&O has decided to restart their cruises.

Even so, Banach is making the most of his time on board and seems to be enjoying himself.

Marcin Banach, captain of P&O Azura, has regularly reported on his time alone on the ship, which is currently moored off Devon

In a series of pictures and comments uploaded to Twitter, Banach is seen alone in a gym, a rare sight.

Another shows him wrapped in dusters, Devon Live reported.

Banach has kept himself fit by running and exercising on the decks of the ship.

Yesterday he shared a picture of the sister ship Ventura, which is also moored off Torbay.

"We finally saw her this morning @pandocruises #Ventura halfway out of that misty and low-lying fog in the #BabbacombeBay in #Devon," he wrote. 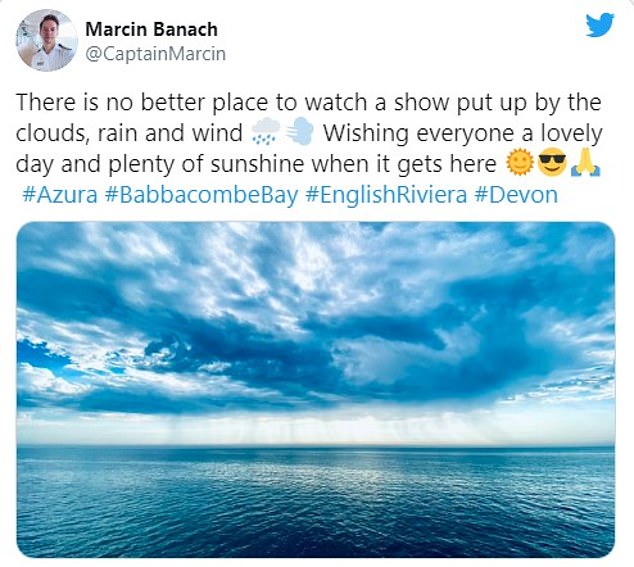 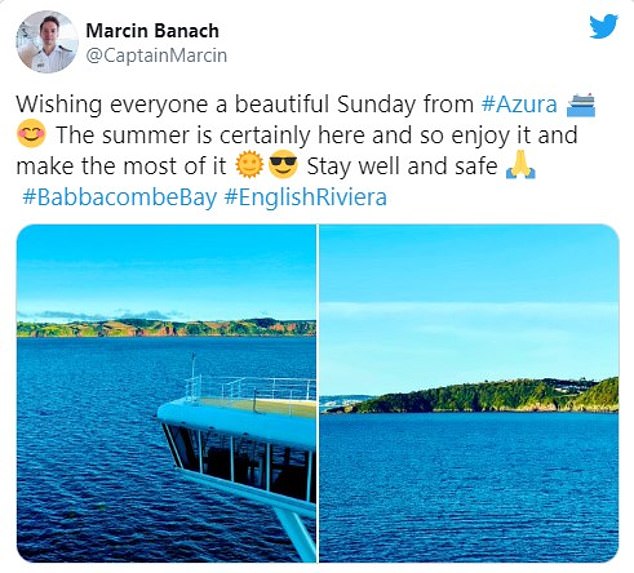 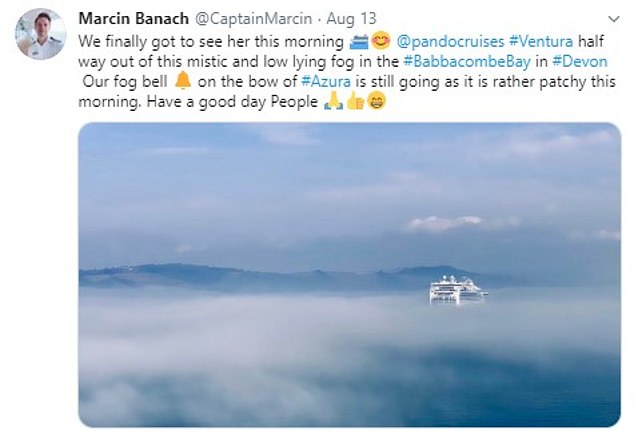 "We finally saw her this morning @pandocruises #Ventura halfway out of that misty and low-lying fog in the #BabbacombeBay in #Devon," he wrote

In normal times, the Azura's passengers could use the ship's 12 bars, an open-air cinema and five entertainment venues.

The 14-deck ship usually sails to destinations in the Mediterranean.

When the ship first arrived in Devon, the captain admired its view and said on Twitter, "This coastline looks amazing."

P&O Cruises announced that it will extend the cruise suspension until November 12, 2020.

The traveler known as the "King of Sheffield" is brought to his final resting place
California orders rolling power outages for up to 250,000 homes and businesses
Comment