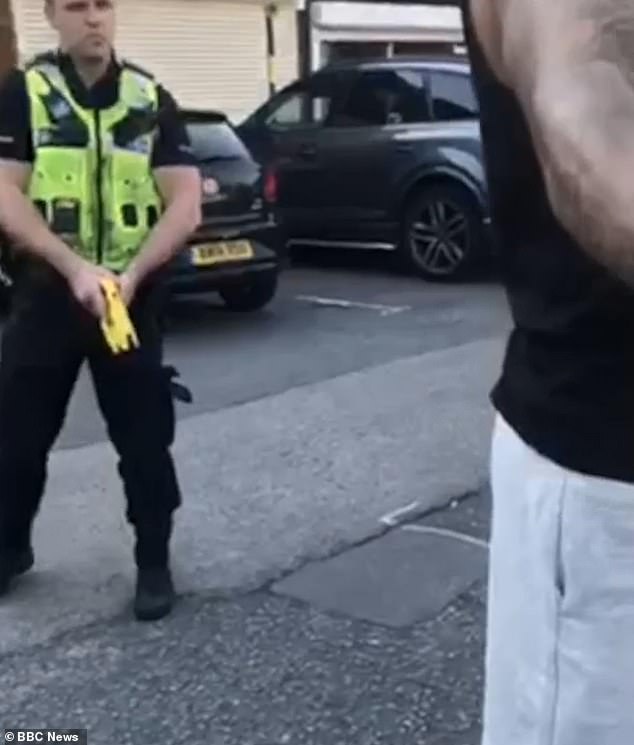 
A second division footballer is considering taking legal action against the police after he is stopped and handcuffed by officials while driving his girlfriend into the shops.

Ben Richards-Everton, who plays for Bradford City, was stopped by the West Midlands Police when he drove his new Range Rover through Sutton Coldfield last month.

Richards-Everton's girlfriend filmed the incident and asked why he was handcuffed or why an officer pointed a taser at him.

West Midlands police officers claimed that the number plate on Richard Everton's car was linked to "drugs and firearms." However, after a search, no weapons or illegal narcotics were found.

This is the moment when Bristol City footballer Ben Richards-Everton, right, pulled a taser during a stop and search in Sutton Coldfield, West Midlands 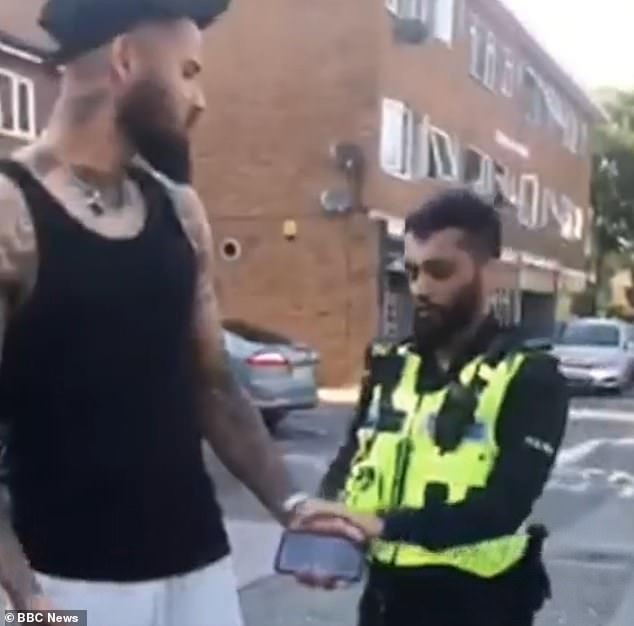 The officer, right, warned Richards-Everton, left, that he would be handcuffed while searching 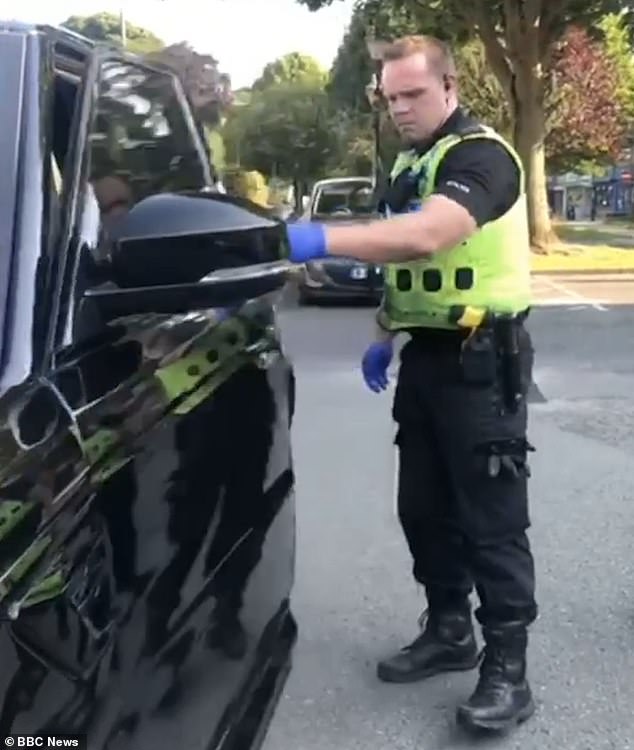 According to the BBC, the West Midlands Police claimed that the license plate on his car triggered an alarm that linked the vehicle to drug trafficking and firearms offenses.

The defense attorney said he bought the Range Rover from a reputable car dealer and only owned it for three weeks.

During the video you can hear the footballer questioning the reason why he was run over. He said it's a shame … if I'm completely legal? What because I have a nice car?

"Are you pointing at me with a taser?"

A spokesman said, "Nothing was found in the car, and it is now believed that the number plates that raised the suspicion are cloned.

Given the information about potential firearms, one of the officers drew a taser. It was cleared away shortly afterwards without use. & # 39;

Richards-Evans said he was considering filing a formal complaint against the West Midlands Police.

The police guard starts an investigation into whether officials across England and Wales are discriminating against ethnic minorities.

The Independent Office for Police Conduct (IOPC) review will focus on the use of violence, as well as stopping and searching, as the police are excited about the recent cases that were recorded in front of the camera. 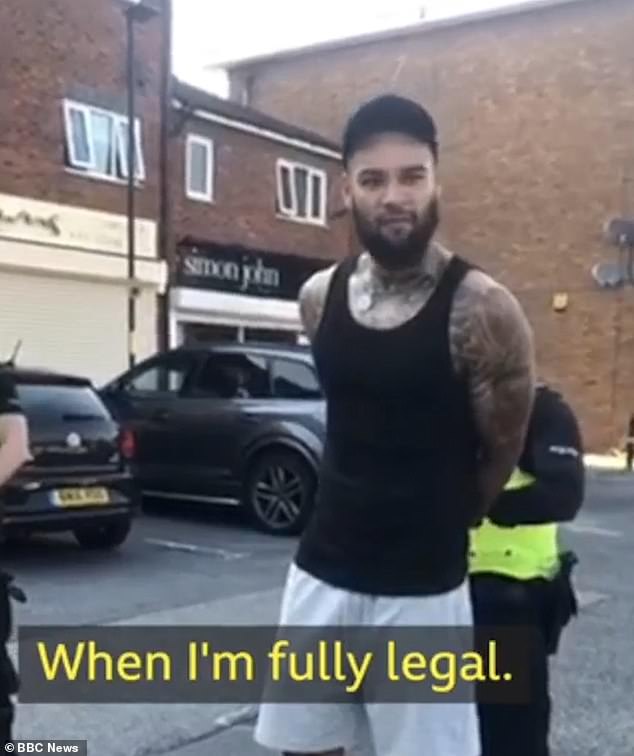 Mr Richards-Everton pictured told the officers that his car was "completely legal". 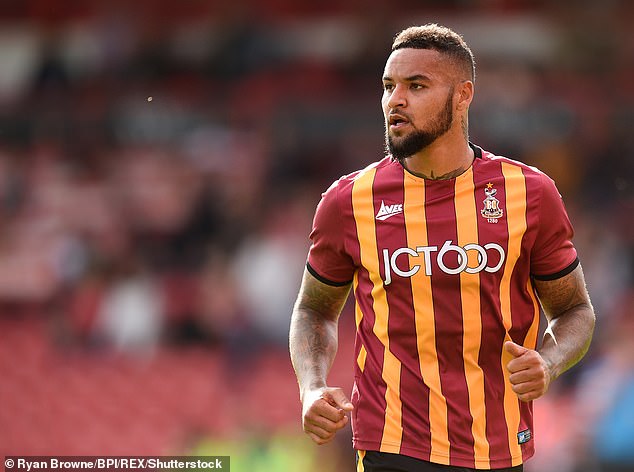 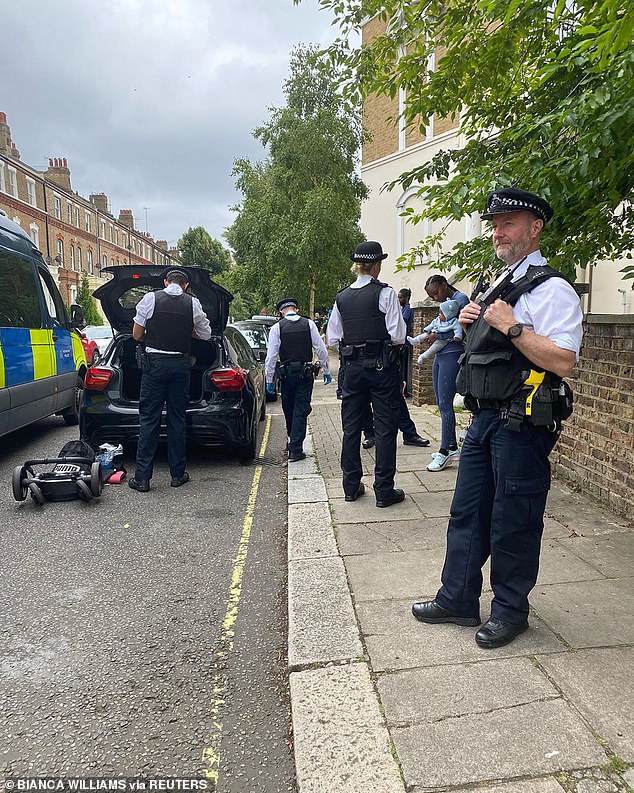 British sprinter Bianca Williams was stopped and searched by police on July 4th in front of her home. The police drove the Mercedes and took Ms. Williams and her partner Ricardo dos Santos with them. The couple traveled with their young son

IOPC Director General Michael Lockwood said a racial discrimination review will be launched in the coming months "to identify trends and patterns that could help drive real change in police practice."

He said: "Proof of disproportionate use of police powers has long been an issue affecting trust in the police, particularly in the BAME communities (black, Asian and ethnic minorities).

“But even with the numbers and statistics, especially from stop and search dates, we need to better understand the causes and what can and should be done to fix this.

& # 39; In the coming months, we will introduce racial discrimination as a thematic focus to identify trends and patterns that could help drive real change in police practice.

"The thematic case selection involves independently investigating other cases where racial discrimination can be a factor in developing a range of evidence to identify systemic problems that should be addressed."

It comes after the city police commissioner, Dame Cressida Dick, apologized to athlete Bianca Williams for the "hardship" caused by a stop and search.

A video of the incident, in which the British sprinter and his partner Ricardo dos Santos were pulled out of their car on a London street, was put online by former 100m Olympic champion Linford Christie.

Mr. Lockwood, who found that the IOPC sees only a small number of cases where discrimination is alleged, said: "First, we will focus on examining other cases where there are indications that disproportionality is affecting BAME Community has, including stop and search, and use of violence.

"We will also investigate other cases where victims from BAME communities felt that the police had treated them unfairly."

This could include whether the police take allegations of hate crimes committed by BAME people seriously and whether there are cases in which they do not treat them as victims of crime.

The Guardian reports that the Met receives an average of over 250 racism complaints each year and less than one percent are confirmed.

Mr. Lockwood added, “If we focus more on investigating cases where racial discrimination can be a factor, we can really investigate these police-public encounters to identify emerging issues. We can then see if there is a need to change police policies or practices.

“This is about identifying where we see good and bad practices and where there are opportunities to drive real learning and change.

“We know that this is a community problem. Our police forces can only act effectively with the trust and confidence of the community they serve. & # 39;

MailOnline asked the West Midlands Police for a comment.