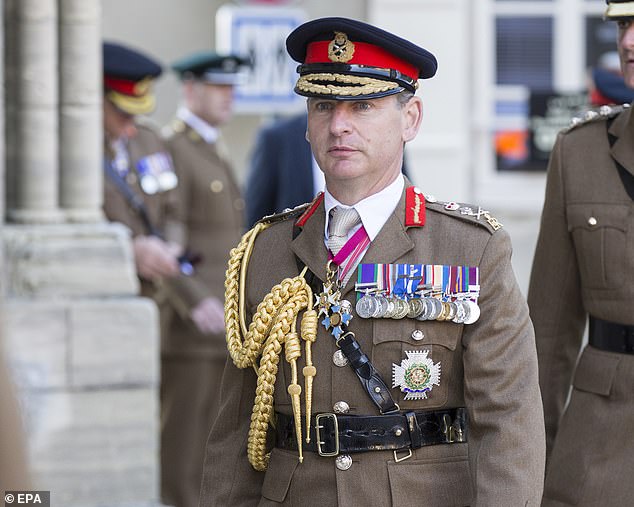 
No panic! The army loses a top general … after the helicopter dropped him in the wrong field while visiting Salisbury Plain

Troops scrambled to find the Chief of the Army after he was dropped in the wrong field on a visit to Salisbury Plain.

General Sir Mark Carleton-Smith, the former director of the Special Forces, caused panic after his helicopter landed 600 meters from a planned landing site.

A one-star brigadier general had to sprint across a muddy field on Tuesday to find him.

Sir Mark was at the 300 square mile training ground to watch a major exercise with soldiers from the 3rd Division.

An Army source said, “Those on the ground had a pre-marked HLS (helipad). However, his pilot opted for an alternative 600 meters away. "

They added, "When the chief of the army comes ashore, you want to greet him."

The source said, "He was never missing, everyone knew where the Chief of the Armed Forces was." Sir Mark was scheduled to land at the pre-planned landing site for the final stop of his full-day visit, but his Wildcat helicopter dropped him further away. Service sources said the pilot received the wrong network reference.

Some saw the humorous side. Memes were posted on social media and in private WhatsApp military groups making fun of the general.

One picture showed his face and a Wildcat helicopter, which The Times said was on the poster for the Lost Island television series. In another instance, his photo appeared on a recreated movie poster entitled "Behind Enemy Lines 2: The Visit".

A third meme featured a cartoon turtle in a garden with the caption: "CGS (Chief of General Staff) disembarking: This is not the Covid-infested hellhole I wanted to be in."