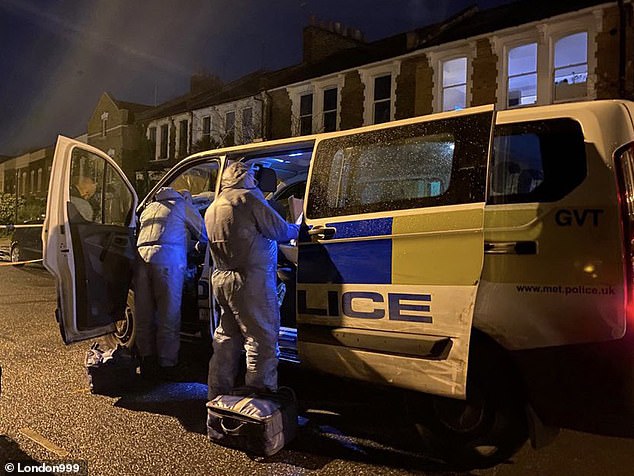 A teenager is fighting for his life in the hospital after police were called on reports of a man using a metal bar to attack people near a school.

According to Scotland Yard, officers were called to Leigham Court Road near Dunraven School in Streatham, London at around 3:30 p.m. on Wednesday.

A 13-year-old boy was treated at the scene for a head injury before being rushed to hospital, where police claim his condition has been classified as life-threatening.

A 35-year-old man was arrested and taken into custody on suspicion of grievous bodily harm.

Police officers at the scene of the crime on Leigham Court Road in Streatham, London, after reports from a man attacking people with a metal bar. A 35-year-old was arrested

Lambeth police wrote on Twitter yesterday: “A 13-year-old boy was found with a head injury. He was treated on the spot before being taken to the hospital.

& # 39; The boy's condition has been classified as life threatening. A 35-year-old man was arrested on suspicion of causing GBH.

"He was taken into custody."