The government's Sage Board chair supported Boris Johnson's decision to simplify the blocking measures after a professor claimed there was a risk of changing the rules now.

Sir Patrick Vallance, chair of the advisory board for scientists leading the government through this pandemic, supported Mr. Johnson's decision by saying that it was up to politicians to make such decisions.

Boris Johnson has announced that starting Monday, people will be able to meet in groups of up to six people, the shops will reopen, and some children will go back to school.

Sir Patrick Vallance, at the top of Thursday's Downing Street daily press conference, says it is up to the ministers to make decisions about the ban and advise Sage

Professor John Edmunds, an epidemiologist at the London School of Hygiene & Tropical Medicine, however said that Prime Minister had "clearly made a political decision" because the risk of a second summit remains high.

Sir Patrick wrote in The Sunday Telegraph that Sage was only there to advise politicians who have the final say on what to do with the evidence presented to them.

He wrote: & # 39;Scientific advice to Cobr and the ministers must be given directly and without fear or favor. But it is advice. Ministers have to make decisions and take many other factors into account. "

Sage's chairman said the advisory board was not infallible and wrote: “There is a range of opinions in all discussions and there is wide reading of the latest research, but what Sage is trying to do is focus on a position or area to limit Ministers could take into account and explain the uncertainties and assumptions inherent in this science and evidence to provide options. " 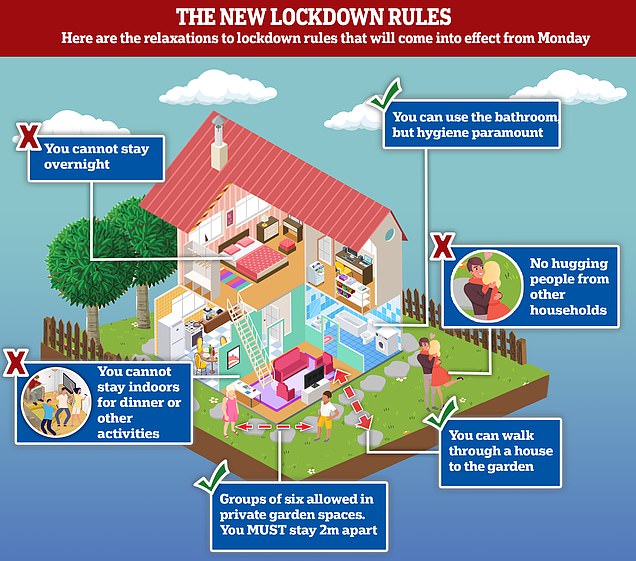 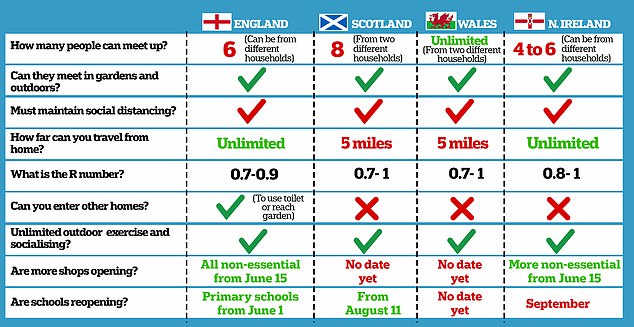 Professor Patricks warned Sir Patrick's colleagues on the advisory board Even if the "untested" contact tracking scheme runs smoothly, the country could suffer 80 deaths a day before a vaccine is developed.

His comments come because the crucial & # 39; R & # 39; value of reproduction remains between 0.7 and 0.9. The R rate indicates the number of other people to whom an infected patient passes the disease and must remain at 1 or below, otherwise the UK will face another crisis.

Two other SAGE experts lined up behind Professor Edmunds on Saturday to indicate that the measures were eased when the infection rate was not yet low enough.

Professor Edmunds said: & # 39;Many of us would prefer to lower the incidence to a lower level, which means fewer cases will occur before we ease the measures.

& # 39; We could tolerate a little (an increase in infections). At the moment, with a relatively high incidence, easing of the measures and also with an untested track and trace system, I think that we are taking a certain risk here.

"We are on the road to resurgence," warns the former WHO director

On Saturday evening, a former director of the World Health Organization, Professor Anthony Costello, predicted a recurrence of the virus in a devastating tweet.

He said: “We have 8,000 cases a day, a private test system that has been set up without a connection to primary care, a call center traceability that appears to be a fiasco, and no digital app.

“Even if this risk pays off and we manage to keep the incidence flat, we keep it at a fairly high level – 8,000 new infections per day.

“If there is a 1 percent infection mortality rate that corresponds to 80 deaths a day, if there is half a percent, that's 40 a day.

“This is the number of deaths we can expect in the future. This is clearly a political decision, it is not a scientific decision. & # 39;

Sir Patrick wrote in his column that evidence is not always clear. The government's saga advice may not always be correct, and the science of the virus will change as the world learns about it.

He added: "The evidence we present to the ministers will always be based on a careful analysis of the science available at the time."

Former director of the World Health Organization, Professor Anthony Costello, sent a devastating tweet on Saturday predicting the virus would come back. 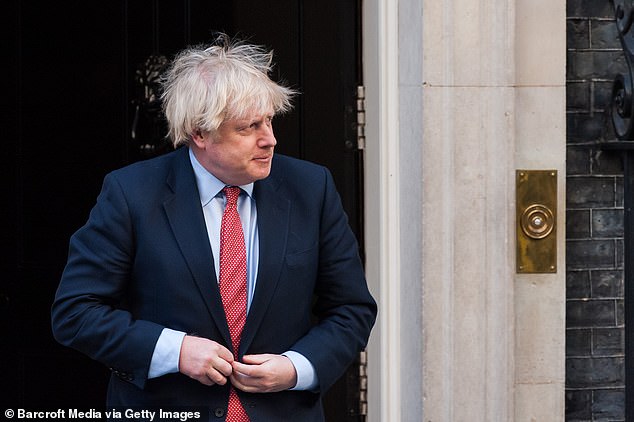 Scientists had a mixed reaction to Boris Johnson's decision to further relax the blocking measures on Sunday. The Prime Minister can be seen on Thursday in front of Downing Street for the weekly "Clap for Carers".

He said: “We have 8,000 cases a day, a private test system with no connection to primary care, a call center traceability that appears to be a fiasco, and no digital app. After 4 months. If the population has no hidden (T-cell?) Immunity, we aim to resurrect. & # 39;

Before easing restrictions next week, England's Deputy Chief Physician, Professor Jonathan Van-Tam said on Saturday: & # 39;This is a dual responsibility of the government to proceed slowly and carefully, and the advice of scientists, scientists to keep a very close eye on this whole matter over the next few weeks, and the general public in general, to actually follow the instructions.

"Don't tear your pants and go no further than the instructions actually say." 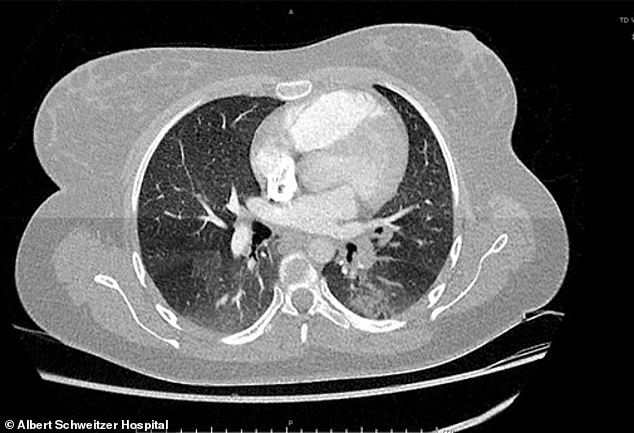 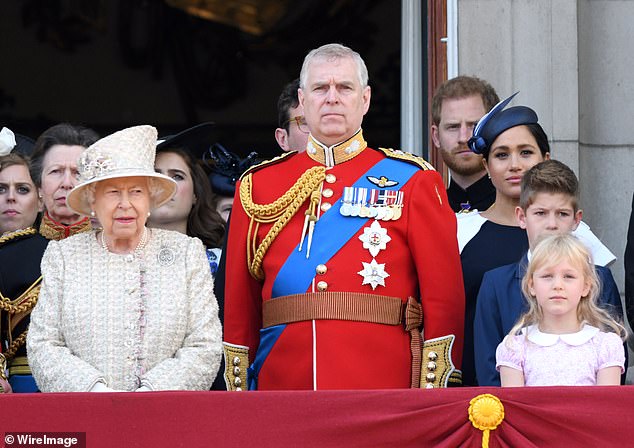