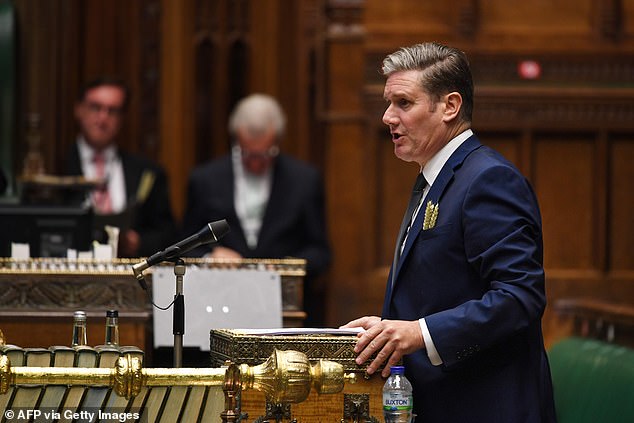 Sir Keir Starmer ran the gauntlet to Boris Johnson today when he said Labor will support the prime minister's Brexit plans, but only if he scraps the parts that violate international law.

The Labor leader said his party was ready to back Mr Johnson's new Brexit legislation if he raised "significant bipartisan concerns".

Sir Keir also accused the Prime Minister of "turning back the clock" and "reigniting old ranks" by working to override elements of the withdrawal agreement he agreed with the EU last year.

The Prime Minister sparked a major argument with Brussels after he published Britain's Single Market Act.

The legislation will allow the UK to unilaterally take decisions on key issues such as the customs arrangements between mainland UK and Northern Ireland that are included in the withdrawal agreement.

Brussels firmly believes that decisions must be taken by a joint committee made up of people from both sides.

The government has admitted that its proposals will violate international law, infuriating both Mr Johnson's political opponents and those behind Tory.

The EU gave Mr Johnson until the end of the month to withdraw the plans or to take legal action. Trade talks are also threatened with collapse unless the prime minister does an about-face.

The bill aims to prepare Britain for life outside the EU and Sir Keir said Labor would support the legislation if the offending parts are taken out.

In the Sunday Telegraph he wrote: “We should continue to fight this virus and not worry about Europe. Go ahead with Brexit and defeat the virus. That should be the government's mantra.

“Labor is ready to do its part. If the government addresses the significant bipartisan concerns about the Single Market Act, we stand ready to support it.

"But if it doesn't and the talks break down, it is his failure and incompetence that has let the British people down."

However, the changes required to attract Labor's support are believed to be significant. There is no longer any need to risk violating international law and the concerns of the decentralized administration about a “takeover” of Westminster need to be addressed.

The government has made it clear that it has no plans to change the legislation, which means that labor support is unlikely. 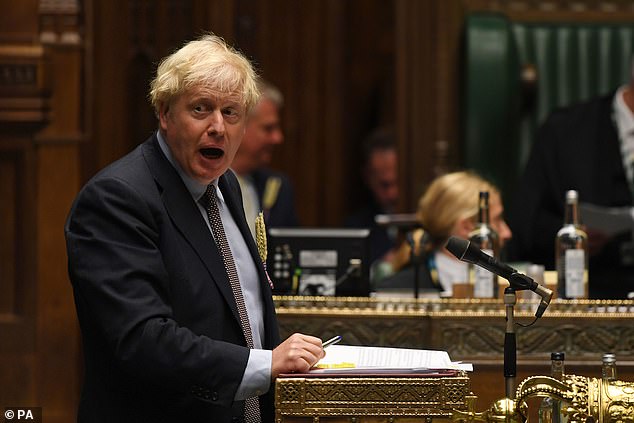 Sir Keir has also reached out to the government to come up with proposals that violate international law, while ministers tell people to abide by the lockdown rules.

He said: “At a time when we are all doing everything we can to adhere to the rules of social distancing, ministers are on TV and on the radio explaining why it is okay for them to break international law. It's as ridiculous as it is frustrating. & # 39;

The British Single Market Act is due to be discussed for the first time in the House of Commons tomorrow afternoon.

Teenage terrorists and child murderers could face life in prison if the criminal laws were violated
The Duchess of Cornwall says the Emma Barnett Show guest editing was "a wonderful experience".
Comment