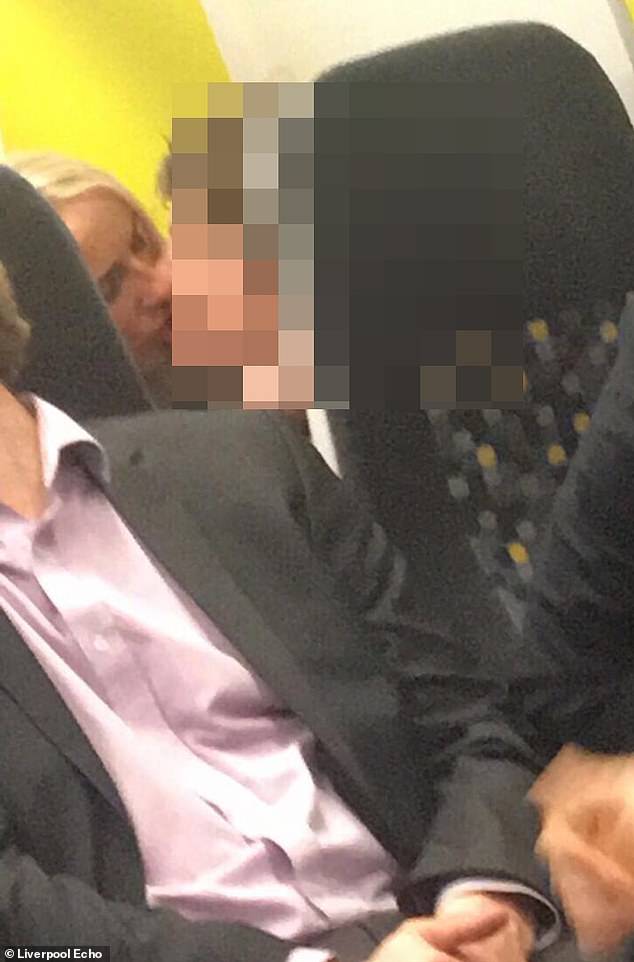 
This is the shocking moment when a deputy headmaster from a respected private school kisses a student on a boisterous train ride.

Rachel Clint, sixth-grade assistant director at Merchant Taylor in Crosby, Merseyside, was caught in a clinch with the boy, who was probably 18 years old, on camera.

The teacher, who is said to be in her early 30s, was photographed when she contracted with the teenager in a video that was distributed to students connected to the school.

She was suspended after the footage first came to light and was taken on garden leave until a disciplinary hearing ended when she was released.

Earlier this week it was announced how Ms. Clint was allowed to stay at work after hearing from the Teaching Regulation Agency.

Rachel Clint, Vice President of Merchant Taylor's sixth grade, worth £ 11,000 a year, imagined how she kissed the student

The panel decided that her actions were not sexual – although Ms. Clint, who climbed onto the boy's lap to kiss him, admitted that this was the case.

The committee heard that "it has not been indicated that Miss Rachel Clint's actions were sexually motivated as the evidence indicates that this was a spontaneous kiss that resulted in no further intimacy."

Ms. Clint was released in April 2018 after the chiefs decided that her behavior had fallen far below the standards that we demand from our teachers.

Today, concerned parents said they agreed with Merchant Taylor management that the teacher needed to be fired.

A father from nearby Formby, whose son attends school for £ 11,000 a year, said: “I may have seen light-heartedness, but this is a serious abuse of a trust relationship between a boy and a woman 15 years older than him. 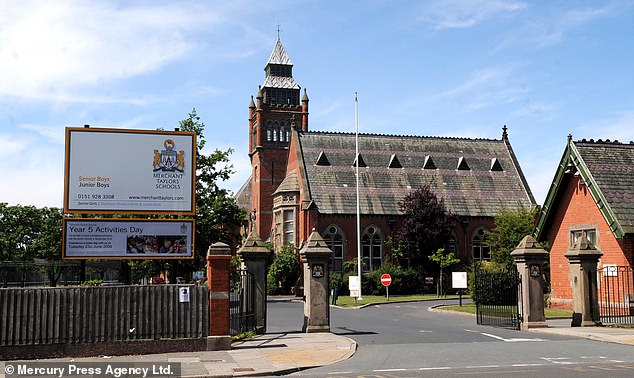 Pupils and shared footage, as well as a photo of Rachel Clint, who was the geographic department director and sixth-grade assistant director at Merchant Taylors' School for Boys in Liverpool (pictured) for £ 11,169 a year when she attended was sitting and kissing a student's knee

The panel said the boy in question had not "expected, expected, or tried to make a difference," and there was no evidence of a flirtation between them.

The incident occurred during a farewell event and alcohol was consumed when there was a free bar for employees.

Miss Clint admitted that she had consumed alcohol on an empty stomach and "considered this incident to be the result of an error of judgment on her part".

Ms. Clint had accepted this claim and demonstrated a lack of integrity by not reporting what had happened to the school in the weeks after the incident.

She said, "I take full responsibility for my actions, but I hope that this isolated and unusual incident and my lack of reporting will not deny me a future job."

It was said that Miss Clint had worked as a teacher for 10 years and previously had an immaculate record.

The TRA Panel concluded: "However, when deciding not to ban classes, the Panel said it had taken into account the" very strong public interest in keeping Ms. Rachel Clint at work ".

The investigator was found to have described her as an excellent role model for students, and it was also found that she was facing personal problems at the time.