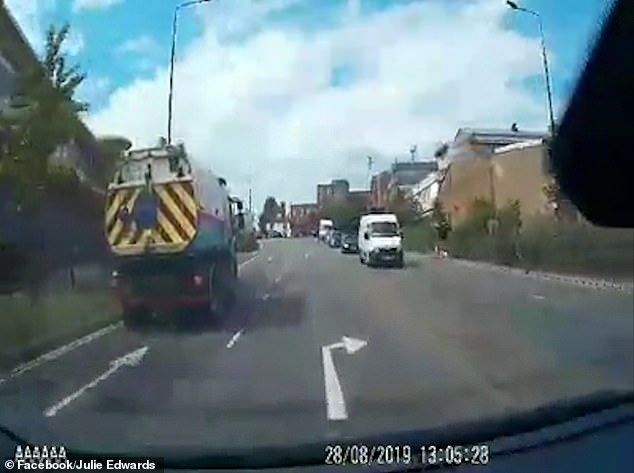 This is the moment when a reckless driver plows almost directly into a family car on the wrong side of the road.

Julie Edwards was driving her children in Aylesbury, Buckinghamshire when she approached a roundabout on August 28 at 1 p.m.

Her dashcam captures the moment she was in the left lane with a truck in the right lane while the cars were at the roundabout.

Suddenly a Volkswagen races out on the wrong side of the road and pushes past the car onto the curb.

Ms. Edwards applies the brakes immediately while the Volkswagen continues to drive down the street at breakneck speed.

Fortunately, Ms. Edwards misses the car by an inch and narrowly avoided the truck on the other side.

The footage shows how she remains silent for a few minutes before gathering to continue her journey.

Police later confirmed that the driver was arrested and charged with dangerous driving and intent to deliver Class A medication. 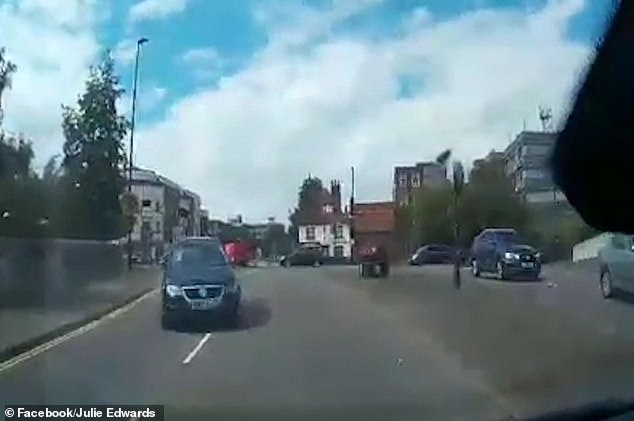 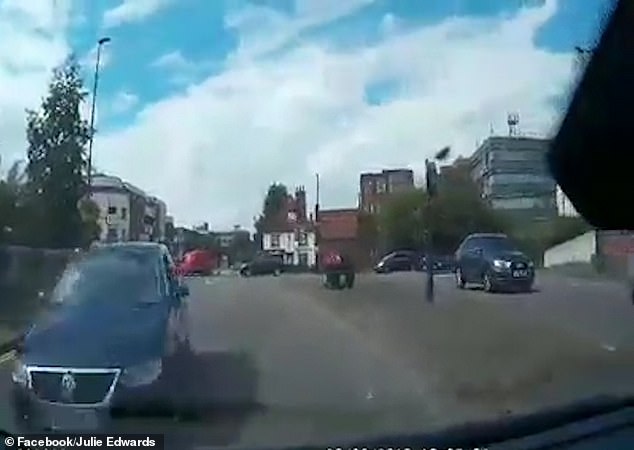 It misses Ms. Edwards' car by "centimeters" and leaves her "very shaken" and almost hits a truck in the left lane

Ms. Edwards posted the video on Facebook and said she was "very shaken at the time".

Thames Valley police told MailOnline: & # 39; Aylesbury, 29, of Adheel Ahmed, has been charged with a number of dangerous journeys and two possession cases, with the intention of granting a Class A drug on 29 August deliver.

"He was placed in pre-trial detention to appear before Aylesbury Crown Court on October 1st."