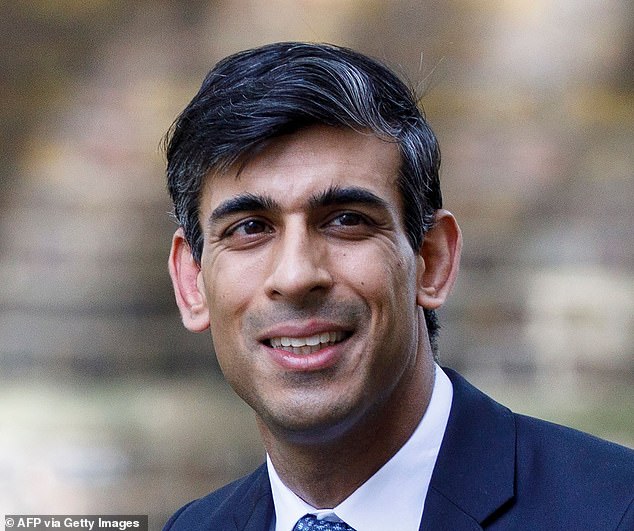 
RUTH SUNDERLAND: A VAT cut would have been well received and sent a strong message of support to troubled parts of the economy – just the ticket

By Ruth Sunderland for the Daily Mail

Advice can be difficult to give and even harder to get, especially if it comes from someone who did your job earlier.

But Rishi Sunak should watch two of his predecessors – from opposite sides of the political divide – when asking him to cut VAT. It is believed that Mr. Sunak has cooled the idea of ​​lowering the tax and wants to see how consumers react to the gradual lifting of the block.

The problem is that there may not be time for it: the fall of the Intu mall owner is evidence enough of how quickly retailers run out of streets and the situation regarding hospitality is at least as bad.

Magic touch ?: Chancellor Rishi Sunak needs a real rabbit to pull out of his hat in his quasi-budget

Two former chancellors, Sajid Javid and Alistair Darling, decided to cut. There must be resistance within the Ministry of Finance. Tax revenue has been hard hit by the pandemic, and VAT is a very nice little earner who poured over £ 130bn into the treasury last fiscal year.

Amounts raised, at least before Covid, have risen sharply from £ 59 million 20 years ago. We may not like paying VAT, but the government argues that the money has to be raised somewhere.

Mr Sunak could doubt that a cut would be necessary to promote spending if the lucky ones of us who still have salary packages have been made savers and therefore have plenty of money to spoil.

Quite true, but given the uncertainty surrounding the economy, many will choose to pay off debts or increase savings instead.

In this context, a VAT cut would be a bold move and would send a strong signal from the government that people should shop for Britain. Another objection is that a flat-rate reduction would benefit online retailers, but it could target specific sectors.

Apart from the desperate need to get customers back to shops, pubs and restaurants after Covid, the VAT is too high at 20 percent anyway. It is a "regressive" tax because it hits the less wealthy hardest.

The ability to control our own VAT rate is one of the potential benefits of Brexit. Readers of a particular year will remember that it was introduced to replace the old sales tax when Britain joined the EU in 1973.

According to a 2006 directive, member states are required to set a standard VAT rate of at least 15 percent, but these restrictions no longer apply outside the EU. Other countries are already performing, including Norway and Germany.

When Alistair Darling cut VAT to 15 percent in 2008 to boost the economy after the financial crisis, it was seen as a success. The cost then was around £ 12.5 billion, and now it would be more. A reduction to a total of 17 percent would now cost £ 21 billion, which is a lot of money – but as a one-time hit, it would bring in a lot of money for the Chancellor.

Mr. Sunak has launched a flood of initiatives, so many that many people have already forgotten many of them.

We all know about vacation and repayment loans, but other measures, including business rate relief and cash subsidies of up to £ 25,000 for some companies, are overlooked, along with great ideas like dormant savings accounts to help charities . or the £ 500m fund for high-growth companies.

A reduction in VAT would be popular and send a strong message of support to troubled parts of the economy. In short, just the ticket.