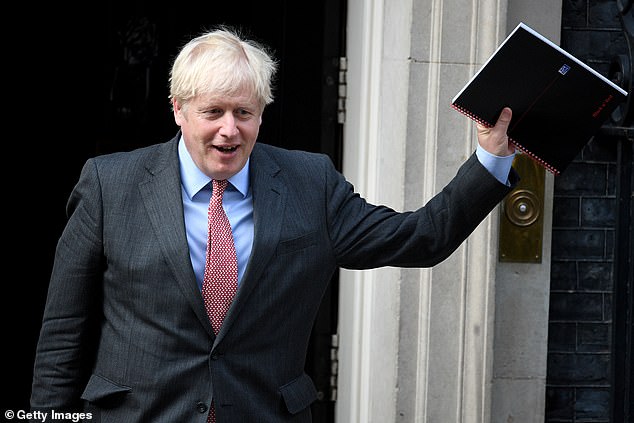 
Boris Johnson is expected today to announce further restrictions on our freedom to prevent the coronavirus surge.

Like Al Pacino, as Michael Corleone in Godfather III, they pull us back just when we thought we were out.

The new rules could include forcing pubs to close either prematurely or entirely, suspending efforts to convince people to return to their offices, and fines of £ 10,000 for those who fail to self-isolate.

Sitting 6 feet apart behind a newscaster-style desk, The Two Ronnies of Doom came up with an alarming forecast of a rising death toll backed by speculative graphs based on "science" – what most of us call "guesswork." “Would denote.

You could have looked at another graph from Monday's Daily Mail that showed about 450 people die of cancer every day, compared to just 21 of – or should that be? – Coronavirus.

Five people die in traffic accidents every day. Those under the age of 50 are more likely to get hit by a bus than to ingest a fatal dose of Covid.

But with the government's approach of treating the corona pandemic better than sad, that would be enough to justify closing every road in the UK.

Wait. Come and think about it, that's exactly what they're doing.

During the gloomy Monday you will all die! Diatribe, Vallance and Whitty even managed to turn the language around by talking about Britain being around the corner – and not in a good way. When normal people talk about turning the corner, it usually means things are getting better.

They insisted that this was not a prediction, just a way of looking at things, and even once admitted that their worst-case scenario was based on a “big if”.

Why does Boris let himself be guided by these two merchants of misery and not by Oxford University medical professors Carl Heneghan and Tom Jefferson, who accuse ministers of crashing the economy because of poor statistics and ill-informed advice?

On Sunday they wrote in the mail: "The prime minister might as well use the planets to guide us through this pandemic."

This is exactly the kind of imaginative turn Boris would have produced in his previous free-spirited incarnation as a libertarian newspaper columnist.

But since he signed Covid, he has transformed from a risky iconoclast to an extremely risk-averse statesman.

What he doesn't understand is that when we voted for him we thought we would vote for Boris 1.0.

Before Boris decided to jump into the EU referendum, he is said to have written two columns – one for vacation and one for staying.

Let's hope he's prepared two speeches before he gets up on his hind legs today. And that he tore up the first version at the last minute, declared another series of bans for six months and rediscovered his inner libertarian. 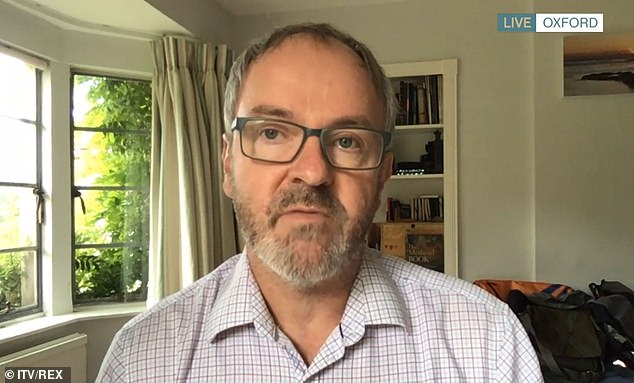 Oxford University Medicine Professors Carl Heneghan (above) and Tom Jefferson said that "the Prime Minister might as well use the planets to guide us through this pandemic".

“Friends, zookeepers, compatriots, lend me your ears. I'm not coming to appease Covid, I come to bury it. For too long our great nation has huddled in front of this vile invader.

I promised to run the most open and transparent administration in history. That is why I am determined to coordinate with you on this brutally honest and unprecedented progress report.

For the past six months, we have sacrificed our economy – and indeed our sanity – on the shaky altar of this pandemic. Even the old bojo went a little goofy with the Grim Reaper after my own brush.

I would like to believe that what we did wrong was wrong for the right reasons. In the beginning we knew as little about this plague as the Chinese did about the Duckworth-Lewis method of deciding on cricket games.

It was a riddle that was wrapped up in a riddle. And in the words of one of my esteemed predecessors as Prime Minister we were "fries".

We relied too much on the coffins, who weren't smarter than anybody else. While early precautions were just prudent, we unnecessarily locked the country because we had no idea what to do next.

I admit that most of the time we made it up over time, hoping like Micawber that something would show up.

If we continue to be guided by science, the consequences will be disastrous. The so-called experts want us to block again because they do not admit their mistakes.

& # 39; Your predictions turned out to be the inverted pyramid of Piffle. You're like a sherry-mad old widow who lost the family silver at roulette and now decides to double up by betting on the house too.

It's time for me to regain control. As another of my famous predecessors once said, scientists should be on tap, not on top.

Our overreaction to this diabolical beetle has already done to the economy what Vesuvius did to ancient Pompeii.

Covid fear has done more damage to London than the Air Force.

But we beat the Hun and we can beat the corona, not by crouching in our air raid shelters, but by recapturing our lightning spirit.

Starting Tuesday, all restrictions on freedom of movement and assembly, as well as the ridiculous road closures, cycle paths and widened sidewalks will be lifted.

Face masks can be worn by Nervous Nellies, but no one will be punished for not wearing one. Social distance if you wish, but we trust you will use your common sense.

The British should be able to make their own decisions with the freedom and exhilaration of our Woad-painted ancestors. 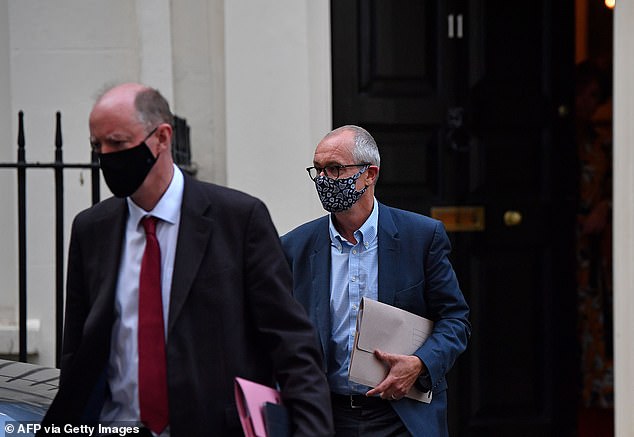 We're going to stop teaching you the need to lose weight. It is a personal choice. Sincerely, it did manage to shed a little bit of fat but my policy on cake has always been to have it and eat it.

There is absolutely no one but you who can stop you sneaking down in the middle of the night to clean up the edges of that piece of cheese on the back of the fridge.

It's your funeral, and as of Tuesday, the number of mourners is no longer limited to 30. The rule of six was torn open.

The seven dwarfs are restored in their full equipment. Hi-ho, hi-ho, it's back to work, we're going. And every officer who refuses to report to the office on Monday will be dismissed without further ado.

We will fight Covid in the streets, in the pubs and in the theaters.

We will also fight on the beaches once we have removed all of the dinghies from Calais.

We have nothing to fear but ourselves to fear. Most people have about as many chances of dying from Covid as finding Elvis on Mars, being beheaded by a Frisbee, or being reborn as an Olive.

Naysayers and doom-mongers may warn that this new libertarian approach is ruthless and will result in disaster.

But my friends, as I have discovered myself, there are no disasters, only opportunities. And, indeed, opportunities for new disasters.

So let the freedom ring out again. No more shy clarification island. The standing army of the Covid marshals was demobbled. The coffins were returned to their boxes.

Trump "tends to nominate Amy Coney Barrett" to replace RBG
Boris slaps the UK into reverse: PM to reach out to the nation TOMORROW
Comment