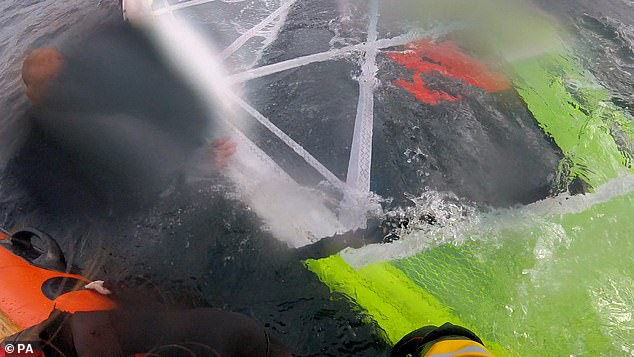 A windsurfer was rescued from miles away after a member of the public spotted him in trouble looking through a telescope from his home.

A rescue operation was launched after the eagle-eyed resident who was at home in Anstruther, Fife dialed 999 and asked about the Coast Guard.

Both RNLI lifeboats out of Anstruther were launched in search of the windsurfer who tried to cross the Firth of Forth on Friday evening.

He was found ten miles from Anstruther and six miles from his destination, Dunbar, in East Lothian.

An RNLI video of the rescue can be heard telling the rescue workers that “the wind has subsided”.

An RNLI video of the rescue can be heard telling the rescue workers that the wind has subsided.

He was brought to Dunbar in a lifeboat, and the volunteer crew there launched their coastal lifeboat to help enter a narrow and stormy port mouth.

Shelley Watson, RNLI Volunteer Crew Member, said: “We would like to commend the efforts of the caller who not only found the windsurfer in trouble but dialed 999 and asked about the Coast Guard.

"If you see someone in trouble, we ask that you do too and dial 999 for help for that person."