A serious incident is underway today after a group of stowaways were reportedly discovered hiding aboard an oil tanker en route to Southampton.

Police are currently investigating the "security incident" reportedly involving a group of "at least" seven stowaways on a Libya-registered oil tanker near the Isle of Wight.

A Mayday call was made around 9 a.m. today. The crew members are supposed to take shelter in a safe room on the ship called "Nave Andromeda".

However, lawyers for the shipowners who had come from Nigeria told the BBC today that the incident was "100 percent not a hijacking".

The crude oil tanker is currently located south of Bembridge. The police have set up a five-mile exclusion zone.

Home Secretary Priti Patel will be kept informed of the incident, according to Sky News. 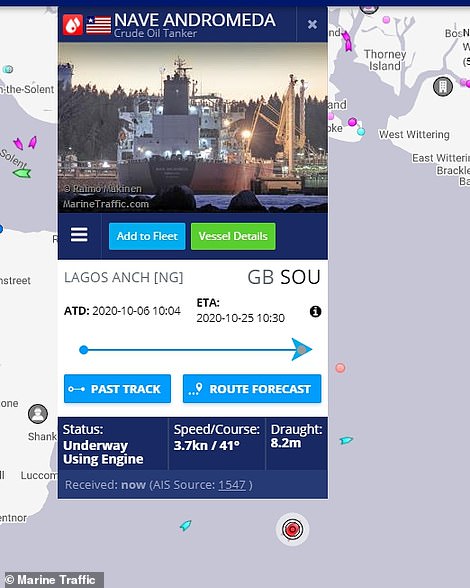 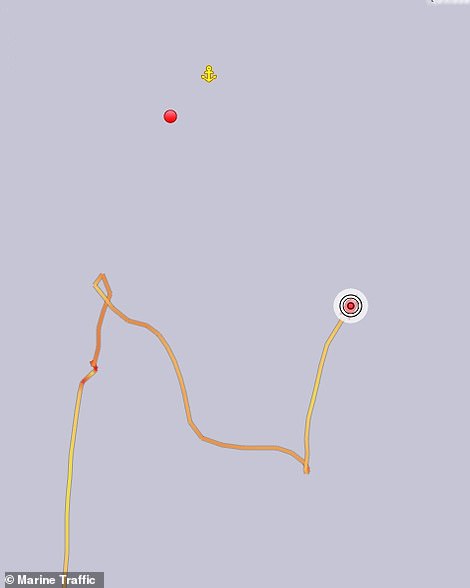 The Nave Andromeda is a crude oil tanker that carries the Libyan flag. The tanker was seen on a ziz zag trail near the Isle of Wight today 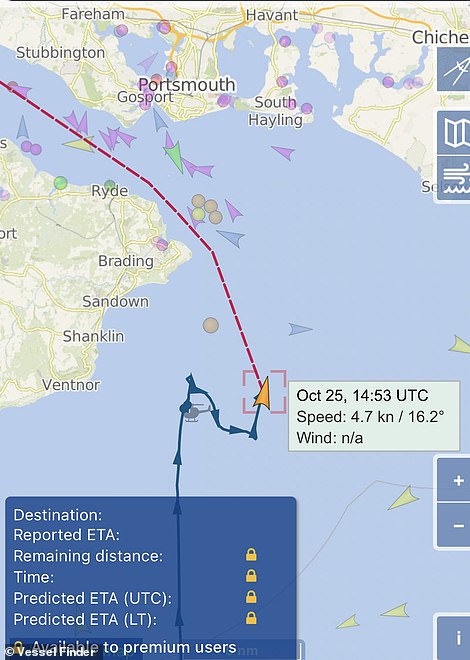 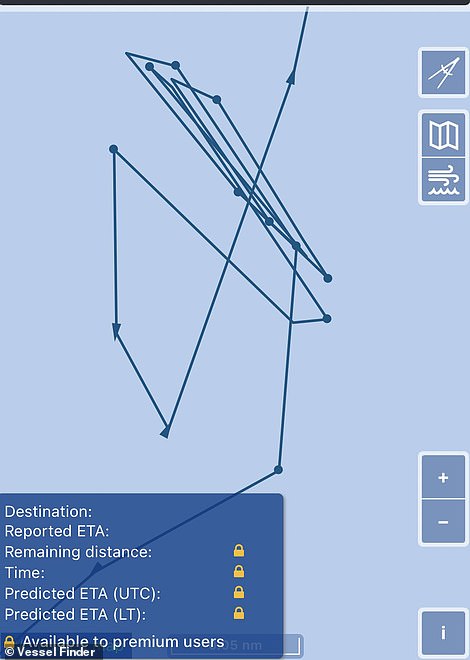 The ship was due to sail to Southampton this morning (left picture). An enlarged version (right) shows how the ship made a series of zigzag movements today 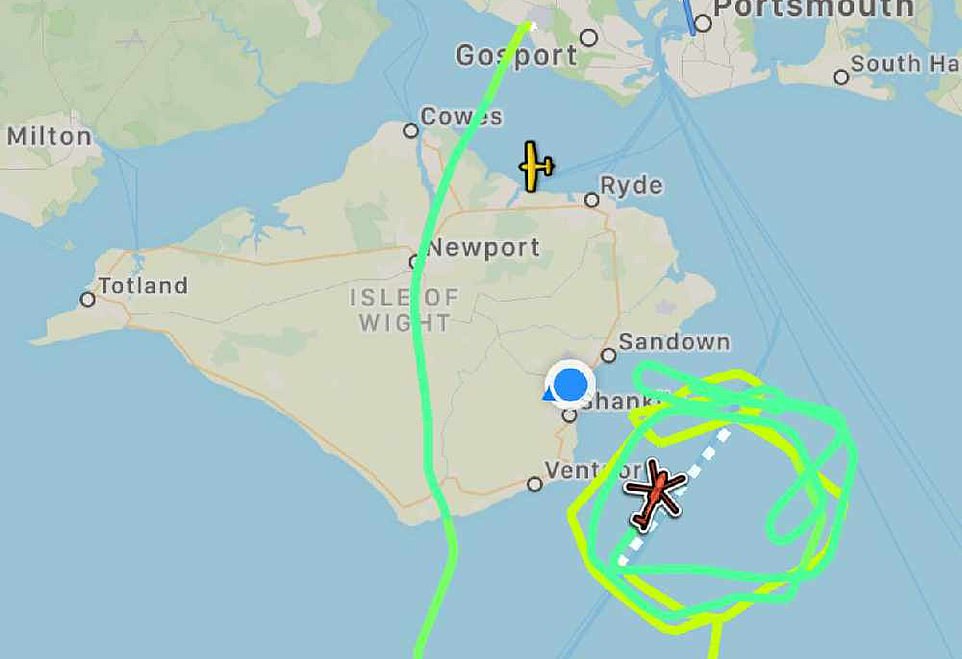 Crew members are reportedly protecting themselves on the ship called Nave Andromeda – a crude oil tanker currently located south of Bembridge, according to Isle of Wight Radio

A Coast Guard helicopter is circling the tanker as seen on flight trackers while the 748-foot ship drew a series of zigzag lines in the area, according to Marine Traffic.

It is believed that a Metropolitan Police helicopter is now circling the scene to monitor the incident.

A Hampshire police spokesman said: “We are aware of an ongoing incident aboard a ship located south of the Isle of Wight.

"We will notify you of further updates when we are able to." 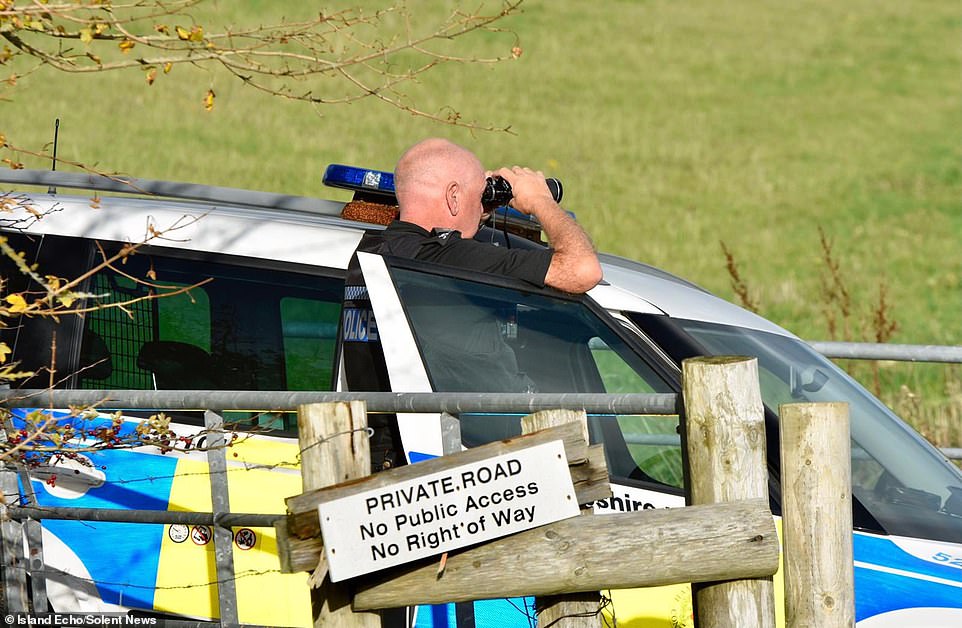 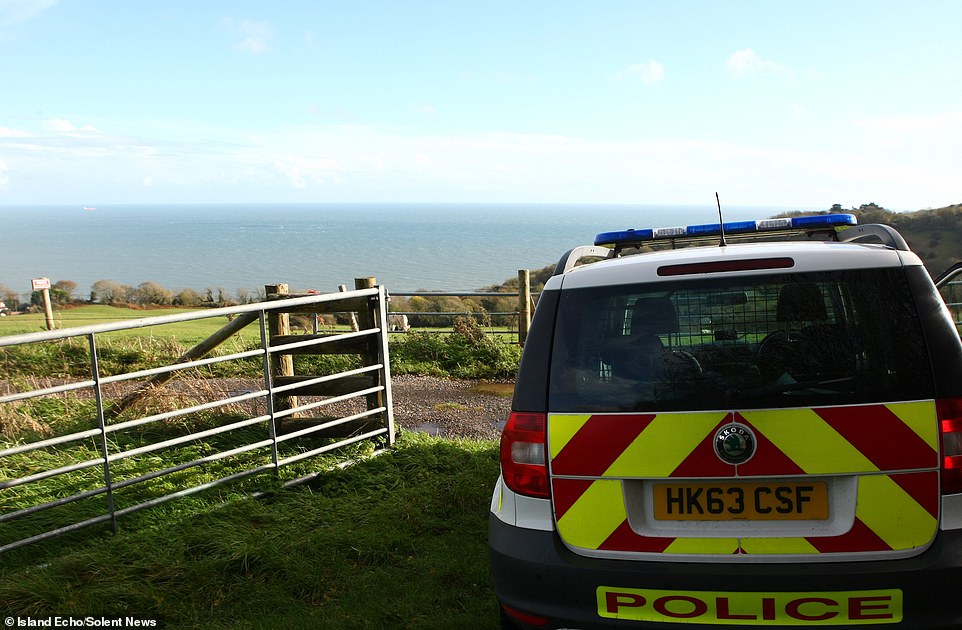 There is now a five nautical mile exclusion zone around the ship, while a Coast Guard helicopter is also circling the ship, according to Sky News

A spokeswoman for Associated British Ports (ABP), which operates the Port of Southampton, said they had no contact with the ship and made no further comment.

The Coast Guard said: “We are currently assisting the Hampshire Constabulary in an incident aboard a ship off the Isle of Wight.

"Lee on Solent and Lydd's search and rescue helicopters are in attendance."

The incident is likely to involve the Royal Navy and the Special Boat Service.

The Nave Andromeda was built in 2011 and weighs 42,338 tons. It was last known to be docked in Lagos, Nigeria on October 6th.

It was scheduled to arrive in Southampton at 10:30 a.m. today.

Isle of Wight Conservative MP Bob Seely spoke to Sky News today about the incident, saying counter-terrorism forces are likely to be convened while a COBR meeting is likely to be or has already taken place.

He said, "They will look at the ship's registration, who is on it, what it is carrying, how many stowaways there are, they can contact the crew if they cannot contact the skipper."

He said authorities are also likely planning how to get on the ship.

Very chilled! The smiling polar bear hovers lazily in a pool of water
Clarence House denies that as a teenager, Prince Charles was a "vocal supporter" of Scottish nationalism
Comment