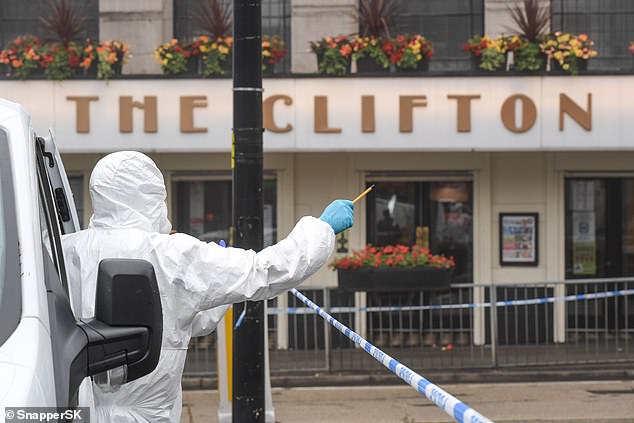 
Police launch a homicide probe after the Good Samaritan, 24, was beaten to death to end the fight outside the pub

A killing probe was launched after a Good Samaritan was beaten to death to end a fight outside a pub.

A 24-year-old man sustained fatal head injuries trying to end the brawl outside The Clifton Wetherspoons pub in the town of Sedgley near Dudley in the West Midlands.

The victim, who was not named, was pronounced dead at the scene after officials were called to reports of a fight just before midnight on Saturday.

A 24-year-old man tried to end the brawl outside The Clifton Wetherspoons pub in the town of Sedgley near Dudley in the West Midlands, pictured here 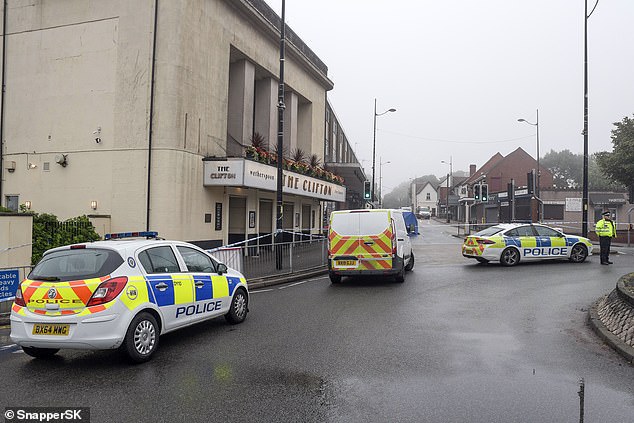 His family has been informed and is supported by professional officials.

West Midlands Police put a line on the high street and forensic experts put up a blue tent.

Detective Inspector Laura Harrison said, “Our thoughts go with the family of this young man who sadly lost his life.

"We are in the early stages of our investigation but we understand that he may have been trying to intervene in a fight when he was fatally injured."

Local resident Jeanette Clouds said, "He was not stabbed, he tried to end a fight between a group of guys and some of them turned on him. He was beaten and hit over the head and died."

An unwilling witness said: "There were five guys on one, the bouncers didn't do anything to stop it, if only they came in to help, the boy could still be alive." 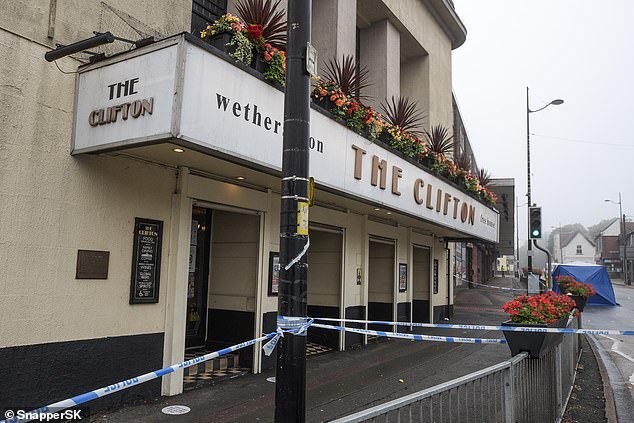 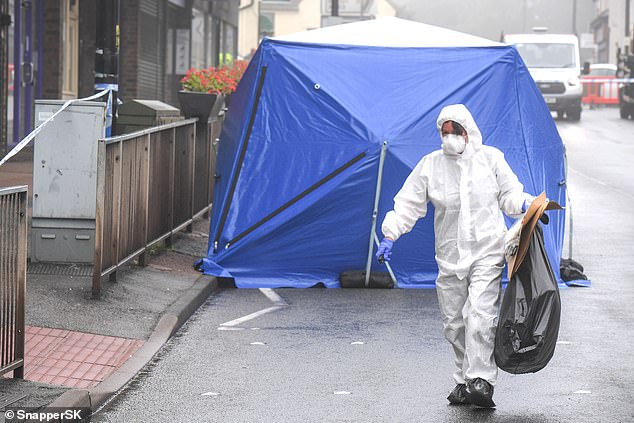 Gail Bowater commented on the big line around the corner and a lot of people looked underage: “We passed there last night [The Clifton Pub]. There were lines to come just around the corner, many of them looking too young.

Wetherspoon spokesman Eddie Gershon told Black Country Live, “The pub's video surveillance shows a group of men at the taxi rank next to the pub attacking another man.

The individual managed to escape and ran to the front of the pub, where he was admitted for his own safety.

The group then started attacking another man. After the group broke up, the door staff in the pub helped him on the floor and put him in the rest position. 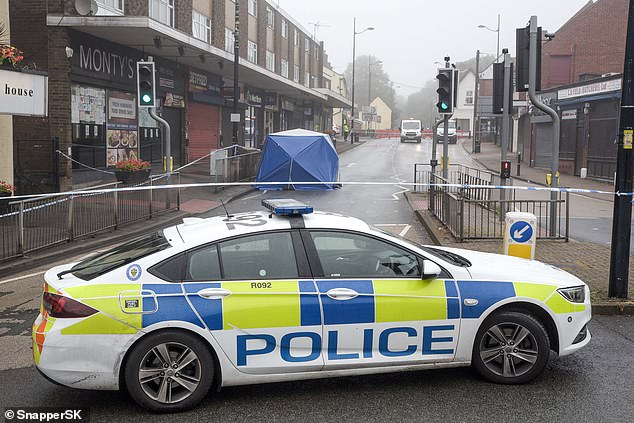 The listed French pub in London's Soho district lifts the 100-year pints ban
The Coast Guard breaks off the search for brothers, 16 and 18, who disappeared off the Lancashire coast
Comment