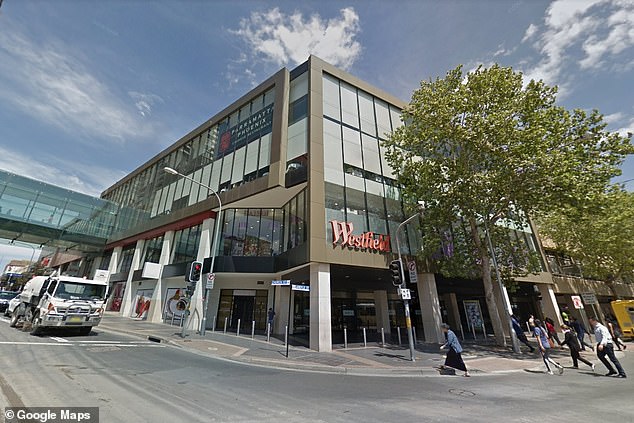 
The 18-year-old man, who carries BOMB materials in his backpack, is only a few hundred meters from a crowded Sydney Westfield

An 18-year-old man sits behind bars after allegedly being caught carrying bomb material in his backpack near a busy shopping center in western Sydney.

Officials from the NSW Police Public Transport Unit stopped the man on Wednesday morning during a routine patrol on Church Street in Parramatta.

"During a subsequent search of the man and his backpack, the police found items that were compatible with making an IED," the NSW police said.

The police also found jewelry, a phone case, and headphones that were allegedly stolen from nearby Parramatta Westfield earlier in the day.

The Telopea man was accused of possessing an intentional explosive / gunpowder armed with the intention of committing an offense, having unlicensed ammunition, two theft counts and malicious damage.

Samuel James Wayne Griffiths, 18, appeared before the Parramatta District Court on Wednesday afternoon, where he was bailed out, before appearing before the same court on May 29.

A police spokeswoman said the incident was not being treated as terrorist.

Investigations into the incident are ongoing.

Parents of the Muslim convert & # 39; Jihadi Jack & # 39; come to justice to face a terrorist trial
The 31-year-old man is brought to trial for raping a one-year-old baby
Comment