Pictured: The 18-year-old teenager, who was stabbed to death three hours after the New Year when he was 21, is arrested on suspicion of murder

A teenager who was stabbed to death hours before the New Year was arrested by police at the age of 21 on suspicion of murder.

Jay Fathers, 18, was stabbed to death on New Years Day

Thames Valley police said a 21-year-old man from Milton Keynes had been arrested on suspicion of murder and was being held in police custody.

Today Melanie Fathers, who called herself Jay's aunt, claimed on Facebook that her nephew had been stabbed six times.

She wrote, “I think of my brother and his family after my nephew was stabbed six times on New Year's Day.

'Sending love, compassion and healing to his friends and family R.I.P.

He then went to work for JD Sports in Milton Keynes, according to an online LinkedIn page.

The second victim, 49, survived after emergency medical treatment, but the 18-year-old was ruled dead in the hospital.

Detectives said they arrested a 21-year-old suspect on suspicion of murder and that he was still in police custody.

A statement from Thames Valley Police Department said: “Officials investigating the murder of an 18-year-old man in Milton Keynes on New Years Day (1/1) can now confirm the victim's formal identity.

Officers were called to reports of a clash at Walshs Manor, Stantonbury, just before 3 a.m. on New Years Day and found two men with serious injuries.

Unfortunately, despite the best efforts of doctors, an 18-year-old man died in the hospital.

& # 39; The victim has now been officially identified as Jay Fathers, 18, from Milton Keynes.

& # 39; A Home Office autopsy carried out yesterday (2/1) found that Jay's cause of death was a stab wound to the stomach.

"A 21-year-old man from Milton Keynes was arrested on suspicion of murder and is currently in police custody." 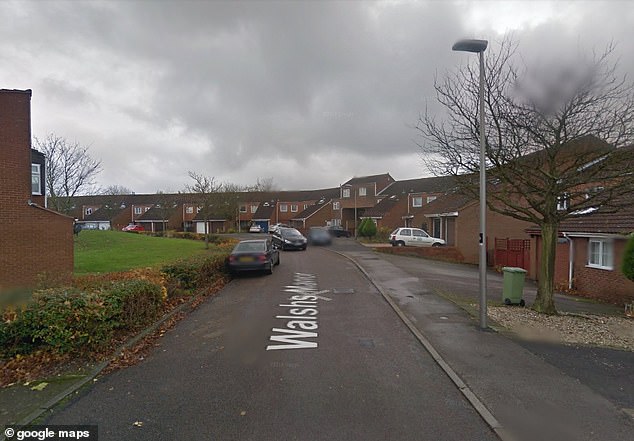 Detectives said they arrested a 21-year-old suspect on suspicion of murder and that he was still in police custody. The attack occurred at Walshs Manor, Stantonbury, Buckinghamshire

Chief Investigator Detective Chief Inspector Andy Howard of the Thames Valley Police's Major Crime Unit added, “We are continuing to investigate the circumstances surrounding Jay’s death and I appeal to anyone who has information that may aid this investigation contact the police on 101 or online.

"We express our thoughts and condolences to Jay's family and ask that their privacy be respected during this very stressful time."