Holidaymakers are evacuated from the aircraft seconds before takeoff at Cardiff airport after the bird is sucked into the engine.

A plane braked just before takeoff this morning after a bird was sucked into its engine at Cardiff Airport.

More than 80 passengers panicked when the Flybes emergency services switched to Paris at 10.20.

Passenger Jonny Alcock told Wales Online: “We got on the plane to go to Paris and everything was normal. The brakes were applied when we took off and we just stopped.

The fire brigade took part in the Flybe jet, which initially caused panic at around 10.20 a.m. on the passengers at Cardiff Airport 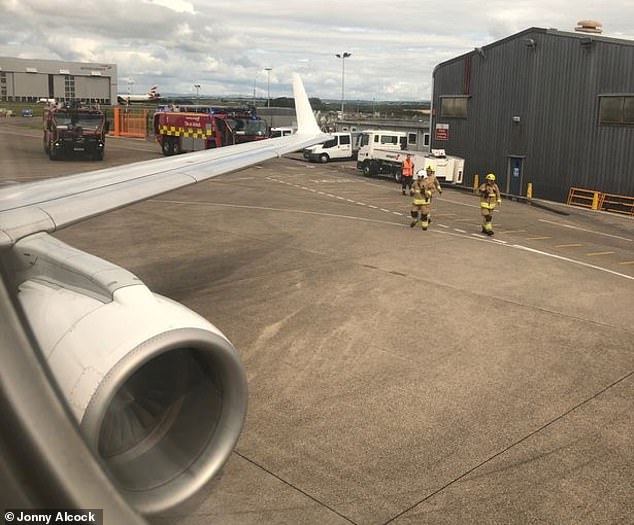 Everyone was a bit shocked as to why we had stopped in the middle of the runway and then pulled up a fire engine. The announcement came, "Nobody panics, we'll fix it" and the pilot said, "We'll get everyone off the plane soon."

"A bird had gotten into the engine."

After the evacuation, holidaymakers had to wait until 2 p.m. to take another plane to the French capital. 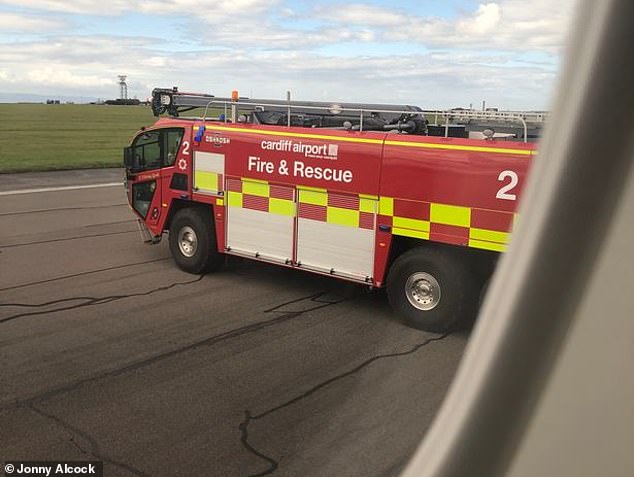 Mr. Alcock said the people in the jet panicked due to the presence of the fire department, but cabin crew assured them that it was just an unusual event.

Cardiff Airport confirmed that Flybe flight BE4565 to Paris Charles de Gaulle had a "bird strike" as it was preparing to depart.

The runway was closed for a short time since the passengers were taken off the plane and it opened shortly afterwards.