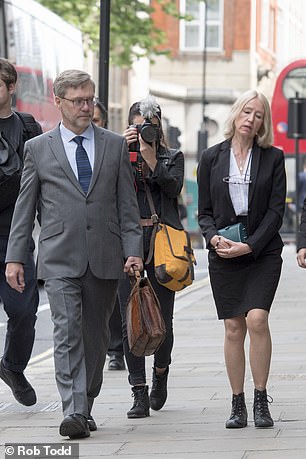 
The parents of an extremist named "Jihadi Jack" sent him money because they knew he was a member of the Islamic State, the Old Bailey was told yesterday.

John and Sally Letts are accused of transferring £ 1,723 to the 23-year-old in Syria. The couple was brought to justice for indicting three terrorist financing cases.

Alison Morgan opened the case against her and said, “It is alleged that in 2015 and 2016, the defendants sent or attempted money to him at a time when they knew or had reason to believe the money would be used would or could be for the purpose of terrorism.

"They knew or had reason to believe that Jack Letts had joined the Islamic State and was in Syria because of the information available to them." 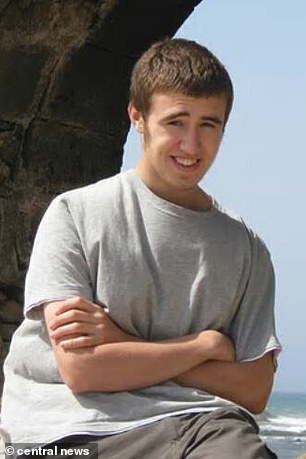 The prosecutor informed the jury that 58-year-old Mr. Letts and his wife, 56, knew that their son may be fighting with the Islamic State after paying for traveling to Jordan in May 2014.

Despite a return flight ticket, he stayed abroad and started learning Arabic in Kuwait after receiving £ 350 from his mother. Jack started asking his parents to give money to other contacts, and the court was informed that there were clear signs that he was part of the Islamic State.

The family stayed in touch through Facebook, text, email, and cell phones. Ms. Morgan added, "This case is about money transfers that these defendants made or tried to their son Jack Letts – personally through a counter or by electronic transfer – if it is alleged that there were any grounds for the defendant to suspect that the money sent is or could be used for terrorism purposes.

& # 39; The accused are not supposed to be terrorists. You have never had any problems with the police. It is not suggested that the accused support the ideology or actions of the Islamic State in any way, or that they send the money to positively support a terrorist group. 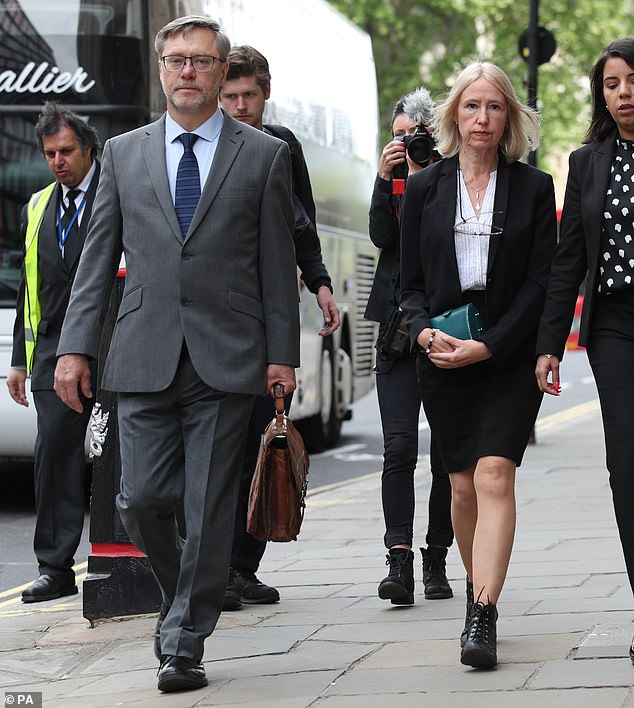 Botanist John Letts (58) and book publisher Sally Lane (56) (pictured in court) are said to have transferred £ 1,723 to their son Jack Letts during his struggle with ISIS

& # 39; The amounts of money in this case are not huge. And you will immediately appreciate that in this case parents send money to their own son.

“It is inevitable that you will have sympathy for her as the parent of a man who has brought himself to Syria against her will. You will also see how the story evolved based on the evidence.

“The way these defendants came to commit these offenses, despite being warned by a large number of people who had contacted Jack Letts before his trip: academics who sought advice from the defendants Charity worker who advised her how to encourage her son and numerous police officers to return from Syria. & # 39;

Letts was radicalized after visiting a Bengali mosque in Oxford in 2014. When he was 16 he had converted to Islam.

A concerned friend contacted his father and warned that Letts said "extreme and worrying things". At some point his mother wrote to a friend that she was stressed because she heard him say he was fighting in Syria.

Ms. Morgan said: “At least in early 2014, Jack began to show interest in events in Syria. On March 5, 2014, he sent his father an article from The Guardian newspaper about the British fighting in Syria.

“It is clear that father and son were debating the legitimacy of such measures on a theoretical basis. 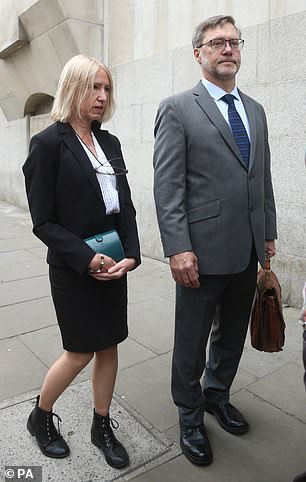 In early 2015, both defendants were aware that Jack was in a very dangerous place. It was also clear that John Letts believed that his son was in the Islamic State and was being manipulated by his leaders. & # 39;

At some point, Mr. Letts contacted Jack and said he was going to have a “great adventure” after leaving home to go abroad at the age of 18.

However, Kamal Dingle, a PhD student from Oxford, emailed Mr. Letts to warn that "there are concerns about the company he runs." Mr. Letts' tone changed dramatically when he suspected Jack was in Syria.

Mr. Letts, who is Canadian, said his wife "collapses with fear and sadness" and accuses Jack of misleading both of them.

The Oxford-born parents, who have a 21-year-old son named Tyler, deny that they had reason to believe that the money could or could be used for terrorist purposes.