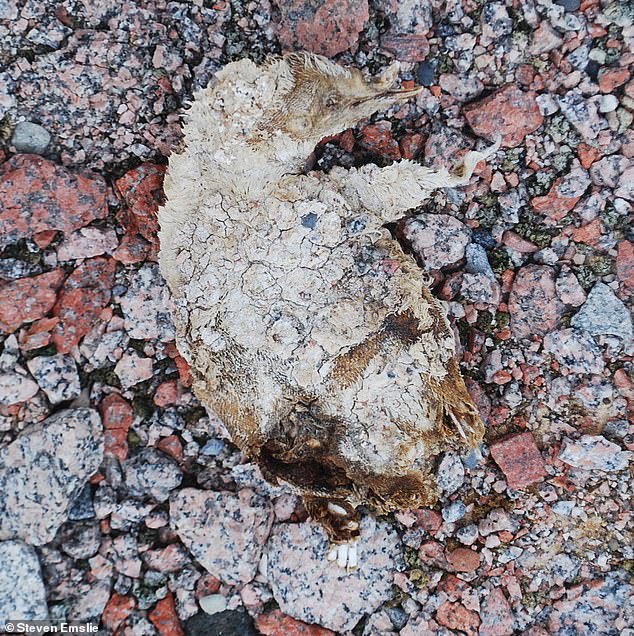 
Global warming has discovered the mummified remains of Adélie penguins that have been beneath the ice in Antarctica for more than 5,000 years.

Steven Emslie, a professor at the University of North Carolina, was studying Cape Irizar south of the Drygalski Ice Tongue on the Scott Coast when he and his team came across hundreds of preserved bones, feathers, and bodies.

"We saw at least half a dozen whole or unarticulated carcasses and mummies, and hundreds of bones and feathers on the surface with freshly appearing guano stains," he told DailyMail.com.

"The radiocarbon data showed a history of at least three professions that began over 5,000 years ago, with the last ending around 800 years ago at the beginning of the Little Ice Age."

The fresh droppings suggest recent use of the area, but there is no record of an active penguin colony at the site since its first explorer, Robert Falcon Scott, came to Ross Sea over 100 years ago.

Global warming has revealed mummified (pictured is a mummified penguin more than 800 years old) remains of Adélie penguins that have been hidden beneath the ice in Antarctica for more than 5,000 years

"I was on this website at the end of the 2016 field season and was surprised by all of the fresh-looking remains on the surface," said Emslie in an email.

"Very unusual for a place where an active penguin colony has never been reported."

Emslie and his colleagues collected some of these surface debris for further analysis and found that some had recently been disrupted due to an active colony in the area.

"The remains were all Adélie penguins, and I've been researching their previous remains, abandoned breeding sites and their response to climate change," Emslie said in an email. 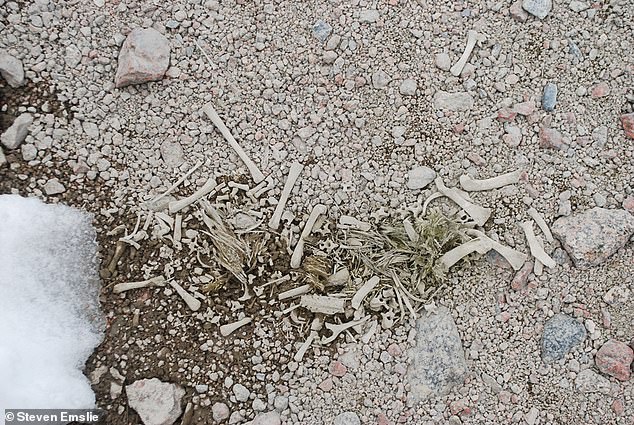 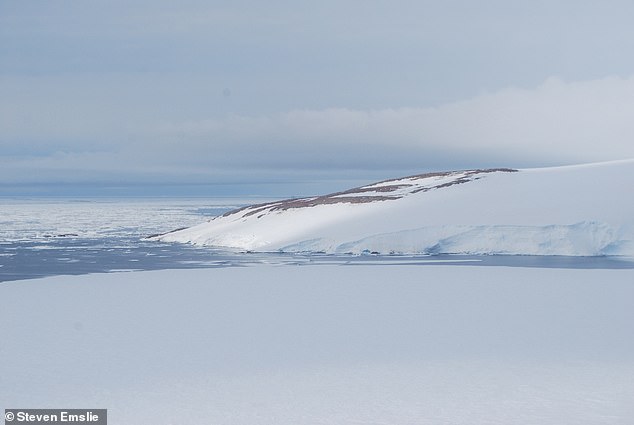 Researchers were exploring Cape Irizar (pictured) south of the Drygalski Ice Tongue on the Scott Coast when they came across hundreds of preserved bones, feathers and bodies

"I went to this place at the end of the 2016 field season and was amazed by all the fresh-looking remains on the surface."

When investigating the cape, the team also found pebble mounds that were former nesting sites for these penguins.

"We excavated three of these mounds using methods similar to archaeologists to extract preserved tissue from penguin bones, feathers and eggshells, and hard parts of the prey from the guano (herringbones, otoliths)," said Emslie. 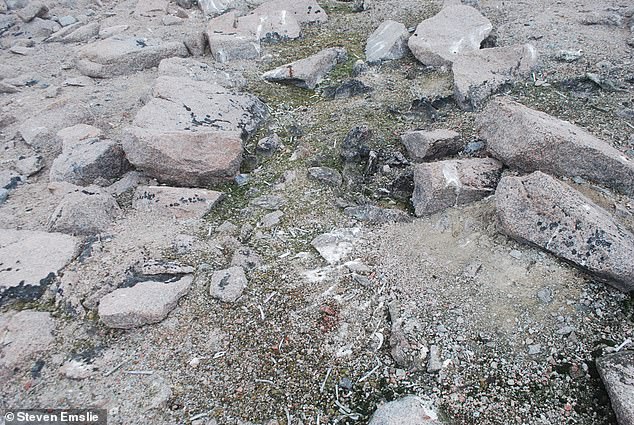 The fresh stains of excrement (pictured) indicate a recent use of the website. However, there is no record of an active penguin colony on this site since the first discoverer, Robert Falcon Scott, came to Ross Sea over 100 years ago

“The ground was very dry and dusty, just like I've found in other very old places I've worked in the Ross Sea, and there was plenty of penguin scraps in it too.

"Overall, we found a mixture of old and apparently youngest penguins when we took samples, which means that this cape has been occupied and abandoned several times over thousands of years."

"In all the years I've done this research in Antarctica, I've never seen a website like this."

Emslie recently published an article in Geology highlighting his work showing at least three periods of occupation of the Cape by breeding penguins, the last ending about 800 years ago. 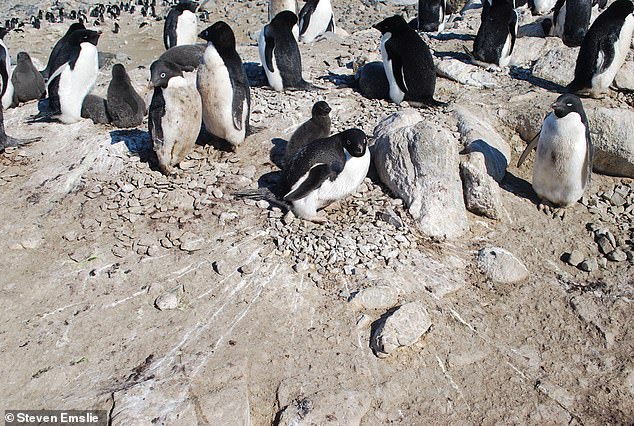 An active Adélie colony in the Ross Sea is shown. The team speculates that the last occupation left the site due to the increasing snowpack, leaving the remains, which were covered in snow and ice and remained intact until the most recent exposure to snowmelt

He speculates that the last occupation left the site due to the increasing snowpack, leaving the remains, which were covered in snow and ice and remained intact until the recent exposure to thawing snow.

Global warming has raised the annual temperature in the Ross Sea from 34 degrees to 36.6 degrees Fahrenheit since the 1980s, and satellite imagery over the past decade shows the cape is gradually emerging from under the snow.

"This recent thaw, revealing long-standing remains that were frozen and buried until now, is the best explanation for the jumble of penguin remains of different ages that we found there," said Emlise.