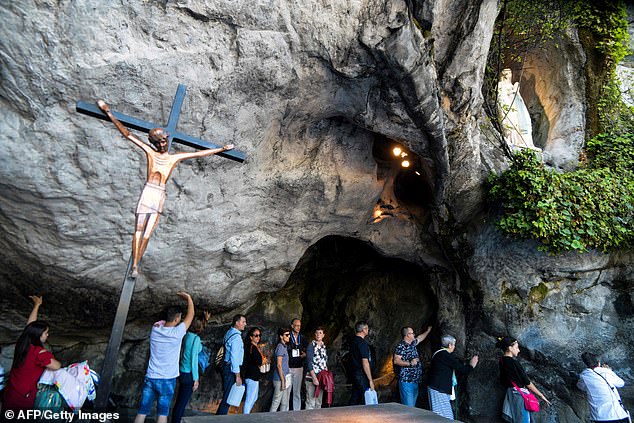 By Lewis Pennock for the Daily Mail

A man's belief that his non-operable cancer in Lourdes was miraculously cured by holy water is tested by doctors on Songs Of Praise.

71-year-old Kazik Stepan visited the Roman Catholic holy site in France as a teenager after being diagnosed with a spinal cord tumor that did not allow him to walk.

The doctors feared that he would not even survive the pilgrimage, but Mr. Stepan from Kent claims that after bathing in holy water he was able to walk again for the first time in months.

As a teenager, 71-year-old Kazik Stepan visited the Roman Catholic holy site, the Shrine of Our Lady of Lourdes (picture) in France, after he was diagnosed with a spinal cord tumor that did not allow him to walk

He will revisit the Shrine of Our Lady of Lourdes at the foot of the Pyrenees in south-western France, where his claim to be a miracle will be evaluated by the International Medical Committee of Lourdes, consisting of 30 doctors.

You must be sure that Mr. Stepan was incurable before you can decide that he was "blessed with a permanent recovery".

Mr. Stepan visited Lourdes in 1965 and believes that he was granted the "presence of life". 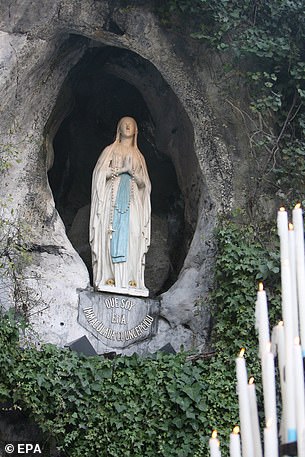 The water at the site flows from the Massabielle grotto and is said to have healing properties.

Speculation about its properties began in 1858 when Our Lady of Lourdes – a title for the Virgin of the Catholic Faith – revealed the location of spring to St. Bernadette Soubirous.

Around 100 people claim to be miraculously healed by the waters of Lourdes every year, despite the fact that the Catholic Church has only confirmed 70 miracles associated with the place.

If doctors confirm Mr. Stepan's claim, he will be the first Briton to be examined for healing. They will announce their decision next month.

The Songs Of Praise episode about his return will air on September 15 on BBC1.