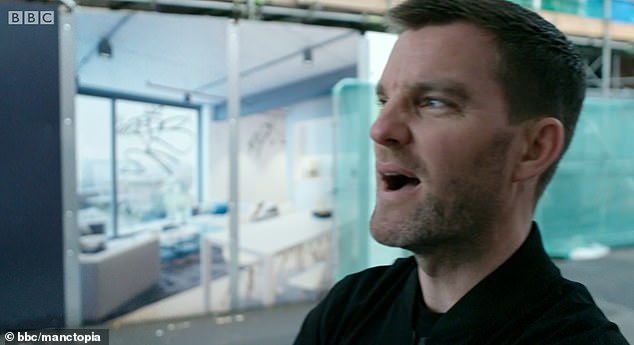 
Manctopia: Billion Pound Property Boom viewers were outraged after a local property developer insisted they "felt under no obligation" to make their new homes available to "low-income people".

Tim Heatley appeared on BBC2's third episode of the documentary series last night saying he was "responsible for things that puff up feathers" and added that he wanted to "do things that are a little naughty".

The developer announced that he was spending £ 2 million a week building 2,000 new homes across town to meet growing demand and insisted that they were "all affordable," but added, "How many are discounted to market value? None.

The viewers were outraged by the developer and commented: "How much does this Tim Fella look like #Manctopia, the right Showtime gives him the big AM?" 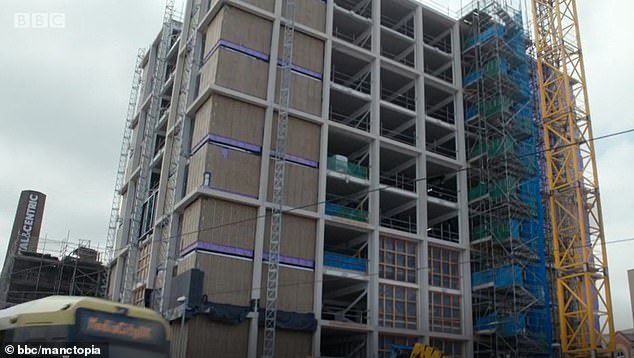 Another wrote: “Tim practically admits that he has no interest in building affordable housing. Somebody else's problem. & # 39;

On the program, Tim explained how he was building in five locations across the city, from remodeling to hotel developments.

One of his biggest projects was the development of an entirely new neighborhood called Campus, which was on the site of his old university and includes 500 apartments.

He admitted that he got a third grade from university because he wasn't actually there and said, “I was too busy buying and selling cars and should have focused on reading and reading books to learn more about the legal practice.

Social media users were amazed by the developer's attitude towards the program. Some said he was "greedy".

"But no regrets, I'm glad things turned out the way they did."

Tim went on to say that he was "under no obligation" to build houses for those on lower incomes, but added, "But do developers need to contribute to these types of houses?" Yes, we do. & # 39;

He announced that he was interested in building a park two miles outside of the city center and building 60 houses on the site. He said, “There are neighbors and local residents who are complaining. If I mention the house word … even affordable homes can still cause great controversy. & # 39;

He planned to get around the controversy by helping develop an old mansion in the park for the community.

He asked for a community meeting to outline his plans for the park and mansion, where he was asked about the number of units in the area and plans to sell them. 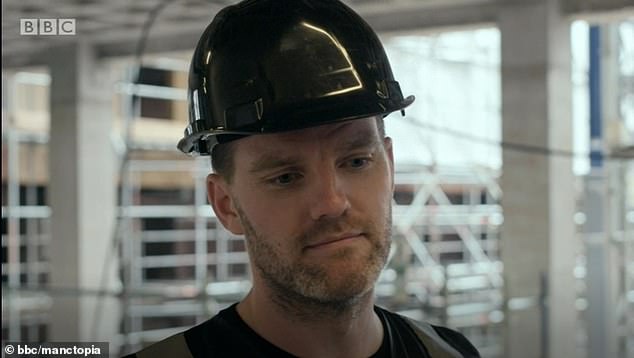 He shyly admitted that there were 60 units on the property, which shocked the community, saying they "sincerely" expected him to say there could be 10 buildings in the park.

Tim insisted on suggesting “affordable rental homes” but later admitted, “The villa needs a million dollar spending to get it … If you've only built 10, you won't be raising nearly enough money for the villa.

"Everyone wants affordable homes to be made, but nobody wants them to be near your home."

Tim's plans quickly met with outrage on social media. Users called the developer "untrustworthy" and said his plan to renovate the mansion was "blackmail".

Protests against the development surfaced, with one person saying, "It's about balancing the rampant greed of developers with the needs of the existing communities."

Two months later, a community meeting was called and the council announced the decision not to build houses on the park. 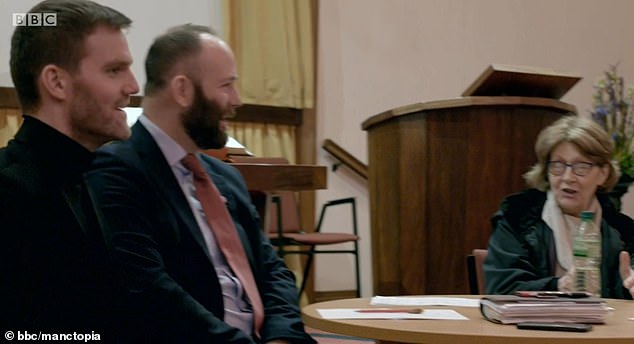 At a community meeting where the council announced that Tim's project would not continue, he said it was "a shame".

Tim called it "a shame" that the project "failed" and said, "People are afraid of change."

But it wasn't long before he hit a deal to build a block of flats for key workers.

By the end of the program, it turned out that of the 3,000 homes he is building in Greater Manchester, 110 will be affordable.

He said, “We're going to make a lot less profit, but we think that's the price it's worth paying to show that it's possible to push boundaries and be innovative in our approach. 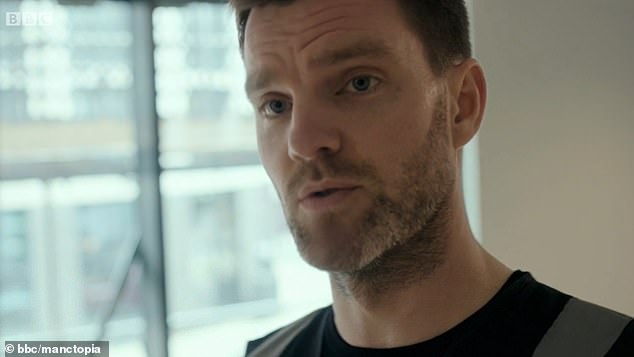 Tim later told the camera, "Nobody wants affordable homes near their home," and said the projects were not popular because they didn't generate any profit for developers

Often times, when a developer gets a building permit, they have to make a percentage of the homes they officially build affordable, with the number ranging from 30 to 50 percent.

While it is unclear whether Tim is using this tactic, some developers are exploiting a loophole to get out of this requirement by blaming changes in their costs or lower than expected property prices to claim they cannot make enough profits to keep the Originally planned to increase number of affordable homes.

Amazed by the program, many said, "Tim at #Manctopia is literally contributing to a homelessness crisis but is portrayed as an ambitious hero for playing off his accent and donating his pocket money."

Another wrote: “Tim may be from Salford, but the guy seriously has no contact with real people.

"It feels like he's just flushing poor people out of town and replacing them with MediaCity employees who have moved there."

Two teenage killers, 18 and 16, who attempted to behead factory workers with a caged samurai sword
Rare photos of Elvis Presley holding a baby daughter and riding a horse will be auctioned
Comment