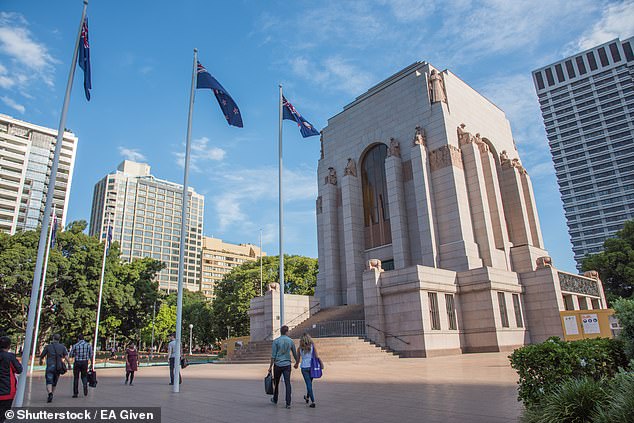 
Anzac a shame: The 23-year-old man is accused of urinating on the Sydney war memorial – just a few days after a young French tourist was arrested for the same crime

A man who allegedly relieved himself of the Anzac monument in Sydney's business district was charged.

Police say he is the second man arrested for this crime this month.

The 23-year-old was caught by officials after urinating on the western corner of the memorial building in Hyde Park just before 11 p.m. on Thursday.

He is due to be brought before the Downing Center District Court on January 22 for committing a crime in or on a war memorial.

It happens after a French tourist was reportedly caught urinating on the same memorial on December 10th.

The 22-year-old man was walking through Hyde Park in the city's commercial district at around 10 p.m. when he stopped to pee on the Anzac Memorial building.

He was arrested by officers and accused of committing a crime in a war memorial / burial site.

He was granted a conditional bail and is due to appear before the Downing Center District Court on January 15.