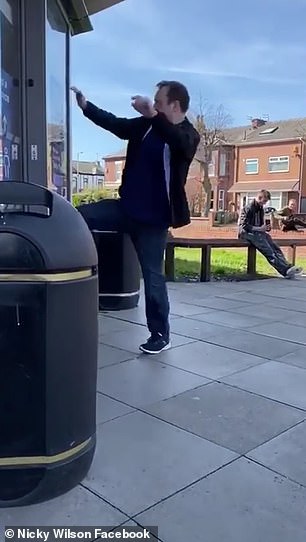 
Covidiot yells: "I earn more than you!" when he "attacks Tesco workers" and forces the supermarket to close during the coronavirus lock to queue buyers

By Lara Keay for Mailonline

A man was arrested for "attacking a Tesco worker" and forcing the supermarket to close before he became frustrated with the shoppers waiting outside.

The man then says: "Where I come from. You wouldn't get away with it in Sicily and Scotland. I am Sicilian, I am Glasweger, you are not crazy about me. I'm not worried about the police. & # 39;

The 44-year-old was allegedly kicked out of the store for slapping an employee in the face after being asked to leave because he couldn't pay for his beer.

Managers closed the doors while waiting for the police to arrive, but the man continued his tirade and even threatened shoppers waiting to be let back in. Officials soon appeared at the scene and handcuffed him. 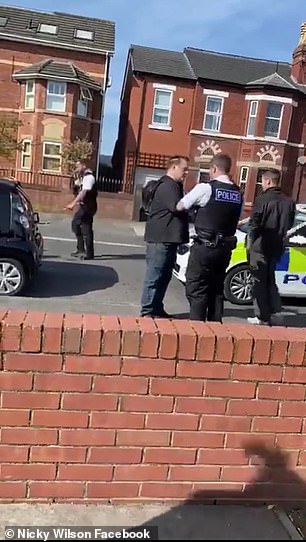 Mobile phone footage shows the man angrily kicking the doors of the Tesco Express store in Birkdale, Merseyside (left) before the police arrived and arrested him (right) on Tuesday morning.

Just before approaching the person who was filming the incident, he asked, "Do you want to fight me?"

Then he strolled to the other audience and got into a fight with another man.

In his tantrum, the man violated social distance rules, according to which people must be at least one meter away from anyone who does not live in their household.

When he ran up to him and tried to hit him, the buyer said, "Just go home so we can do all our shopping."

A Merseyside Police spokesman said, “We were called to the Tesco store on Liverpool Road in Birkdale shortly after 10.50 am after a male worker was reportedly attacked.

"We arrested a 44-year-old man from the Southport area on suspicion of an s39 attack." 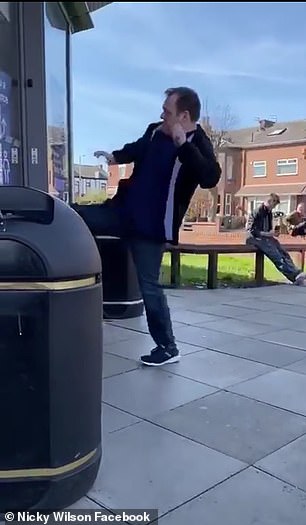 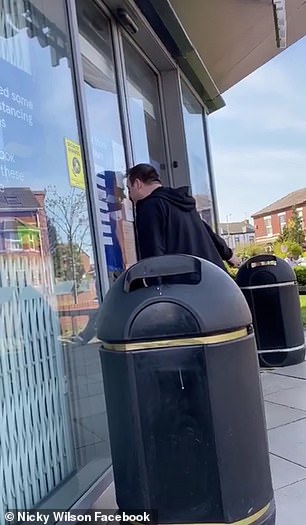 The managers closed the doors while waiting for the police to arrive, but the man continued his tirade 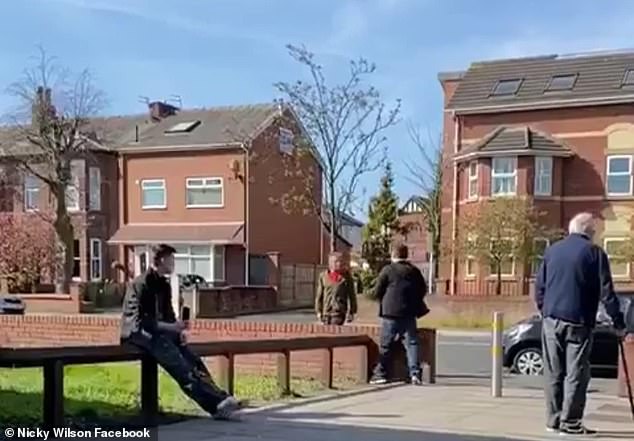 The video became widespread on social media after being posted on Facebook by a local titled "Tesco Express Birkdale" and three shocked facial emojis.

Andrew Sutton added, "What an idiot." Chanawee Poonpipat said, "What a tool." Jesicca Edlin added: "He is pathetic." 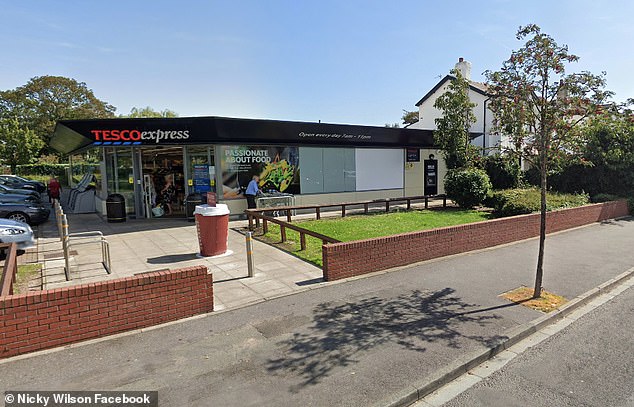 Pictured: The incident occurred on Tuesday around 11 a.m. in front of the Tesco Express store in Birkdale, Merseyside

Shopper & # 39; EYE GOUGES a Coles worker after being instructed to practice social distancing
The 36-year-old man is arrested for murdering a suspect in a terrible execution in the Irish gangland
Comment