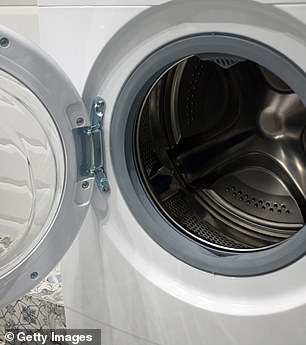 
Is your dryer REALLY clean? Mama shares the little-known trick to test if it is going right – and why you should do it every six months

An Australian woman warned people to thoroughly wash the lint trap in the dryer with water every six months to breathe life into the home appliance and keep it running properly.

Heather wrote in Mums Who Clean's Facebook group that it is not only common to remove lint as usual after use, but to remove the lint trap every six months, wipe the lint and slowly run water over the filter.

If the water collects at the top, this is an indication that the filter is dirty and needs to be cleaned with soap and a brush or scrubber. 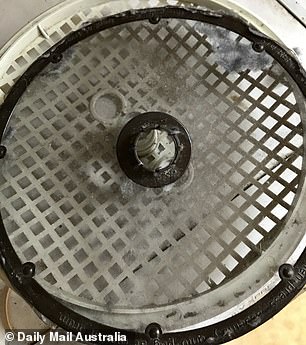 Other online users have said lint traps can be very deceptive, as they often appear clean but are not clean.

Heather said the water remains on top of the fluff trap due to an accumulation of fabric softener.

She warned that it is important to clean this filter, otherwise the dryer can overheat and possibly catch fire – but luckily, taking this precaution is easy. 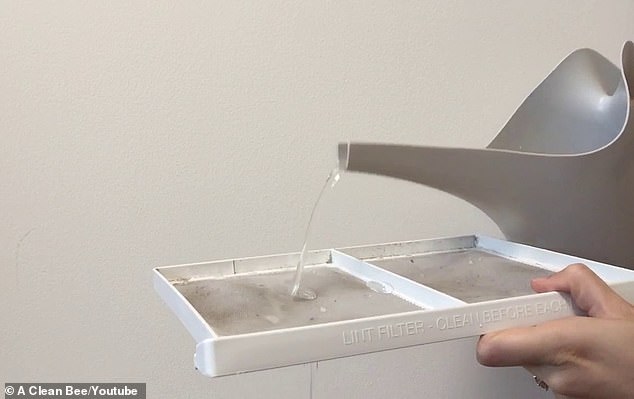 To check whether the lint trap is clean or not, Heather said she should wipe the lint off and slowly run water over the filter. If the water collects at the top, this is an indication that the filter is dirty

HOW TO CLEAN A Lint Trap

If the water collects at the top, this is an indication that the filter is dirty and needs to be cleaned

After drying, put it back in the dryer

"All you need is detergent, an old brush (nail brush, toothbrush, something similar), a damp lint trap, add some soap, scrub with a brush (and rinse off)! It's that simple! & # 39; Heather said.

"When rinsing, make sure that the water flows directly through and is no longer on the screen! Do this every six months and bring life to your dryer. & # 39;

Other social media users were shocked by the little-known tip and thanked Heather for the advice.

"So if you don't use fabric softener, don't you have this problem?" a woman asked, and Heather replied "that's right".

The lint trap is often on the back of the dryer or on the edge after the door has been opened.