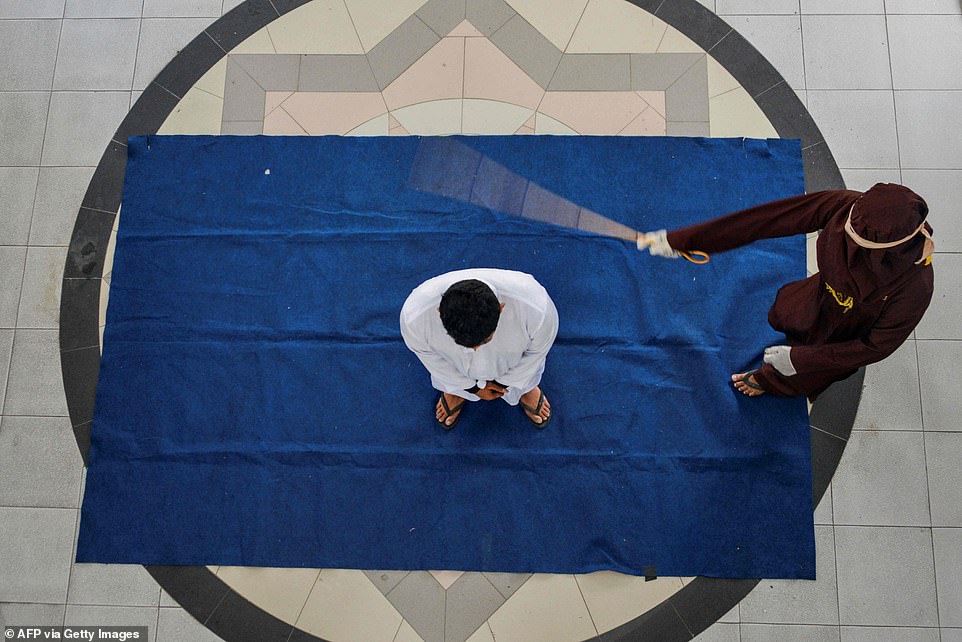 
Whipped until he collapses: child rapist sentenced to 169 lashes in Indonesia falls after 52 – which means he is beaten a second time

A convicted child rapist was flogged until he collapsed under the province's strict sharia law in the Indonesian city of Banda Aceh.

The man, referred to only as Roni in local reports, was supposed to be hit 169 times with a rattan stick in a public building on Thursday, but fell after 52 strikes.

Medical examiners ruled he was unable to proceed, meaning he will be hit a second time if the remaining 117 lashes are administered. 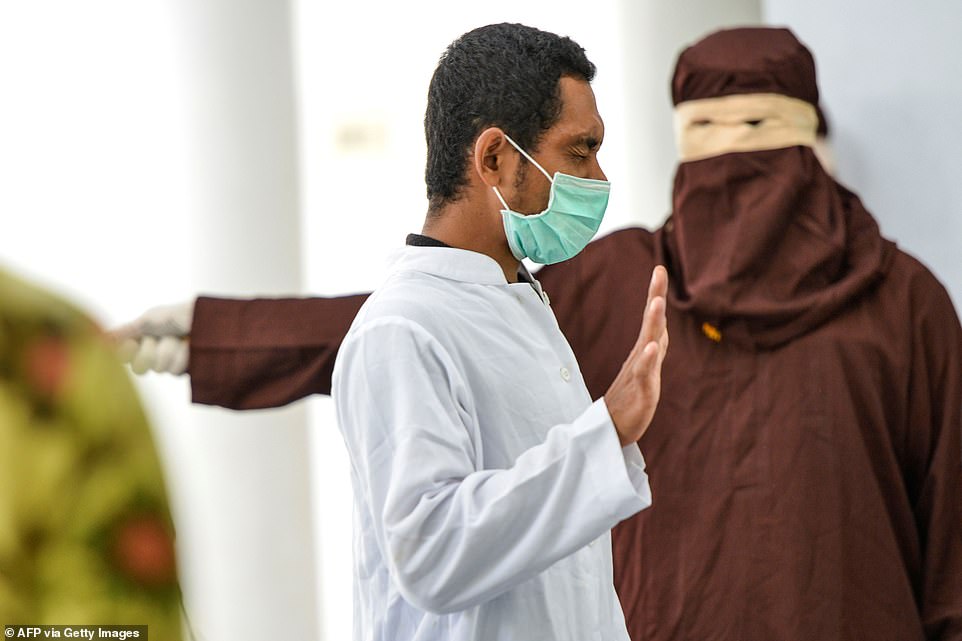 Roni had been sentenced to 175 lashes, which had been reduced to 169 for the six months he spent in prison but collapsed after 52 when the medical examiners rushed to help him 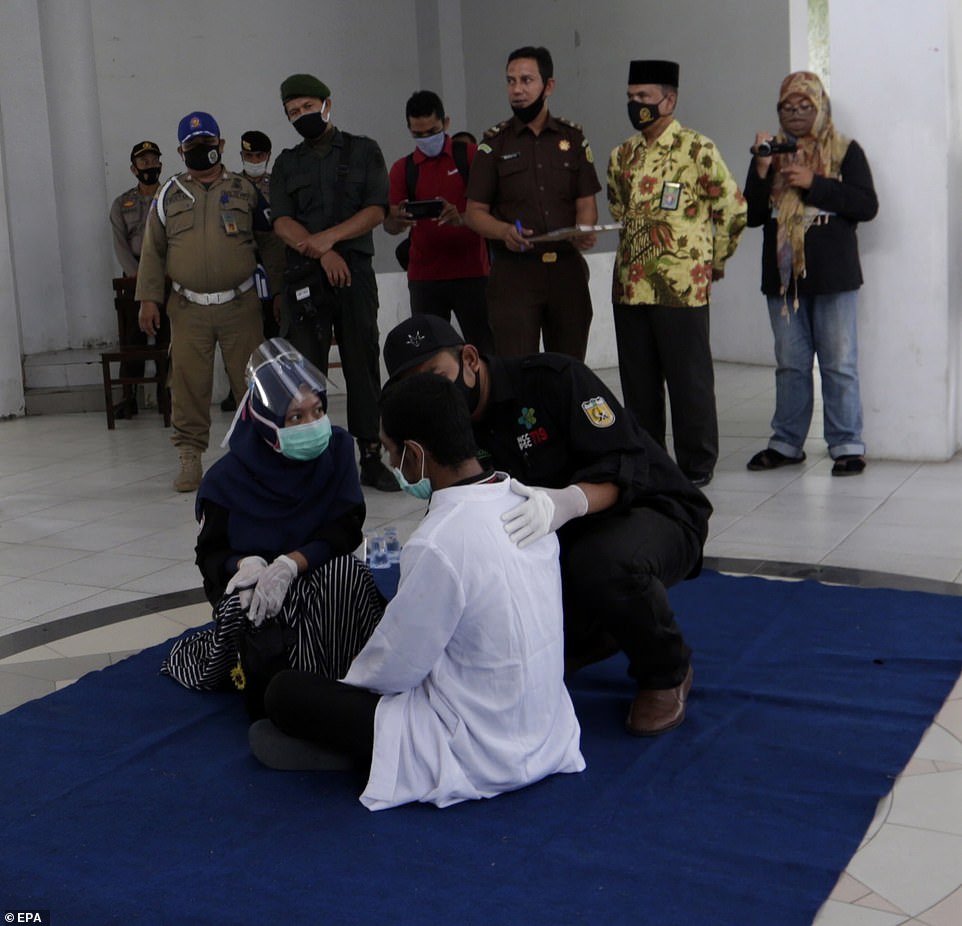 Medics ruled that Roni was unable to continue the punishment after the collapse, which means he will have to come back a second time when the remaining 117 lashes are administered 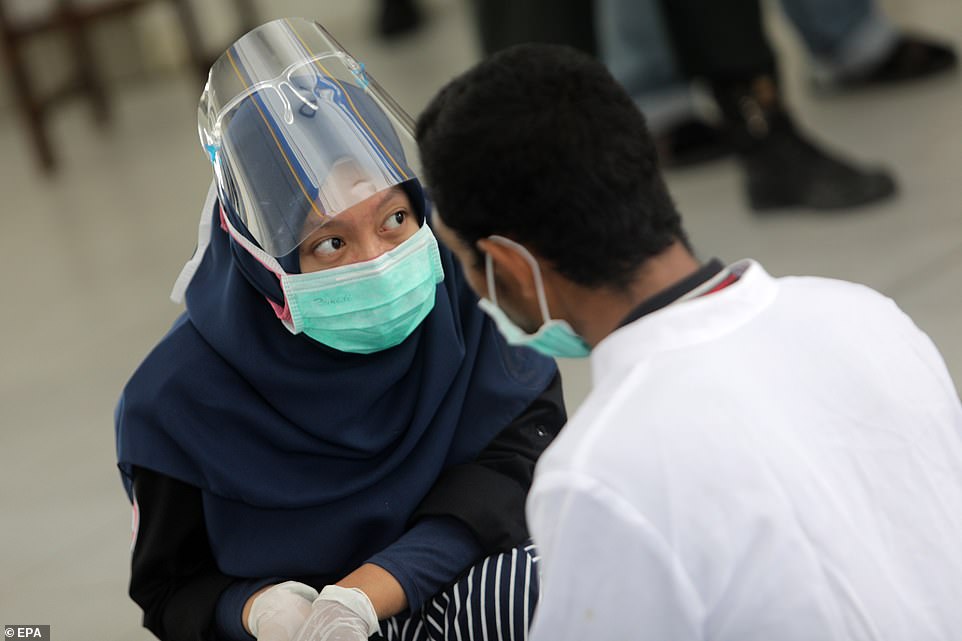 A medical professional, wearing a face mask to protect himself from coronavirus, examines the man after he collapsed during his punishment and says he is unable to continue because blood vessels in his back may burst

Roni had already spent six months in jail before the beatings were carried out, which reduced his sentence from 175 to 169 – one for every month behind bars.

"When he was whipped 52 times, his right back was found to have severe blisters. If he continued and was hit by the same blows, the blood vessels could burst and bleed," one of the medical professionals told the IDN Times.

"It is better if we postpone it until recovery is good and the convict can be punished again."

Roni was flogged along with five people convicted of gambling and received eight lashes each.

Whipping is used to punish a wide variety of crimes in Banda Aceh, Indonesia's most conservative province, and the only one to base its legal system on Shariah law.

Drinking, having an affair, and homosexual sex can also be punished by flogging under the legal system. 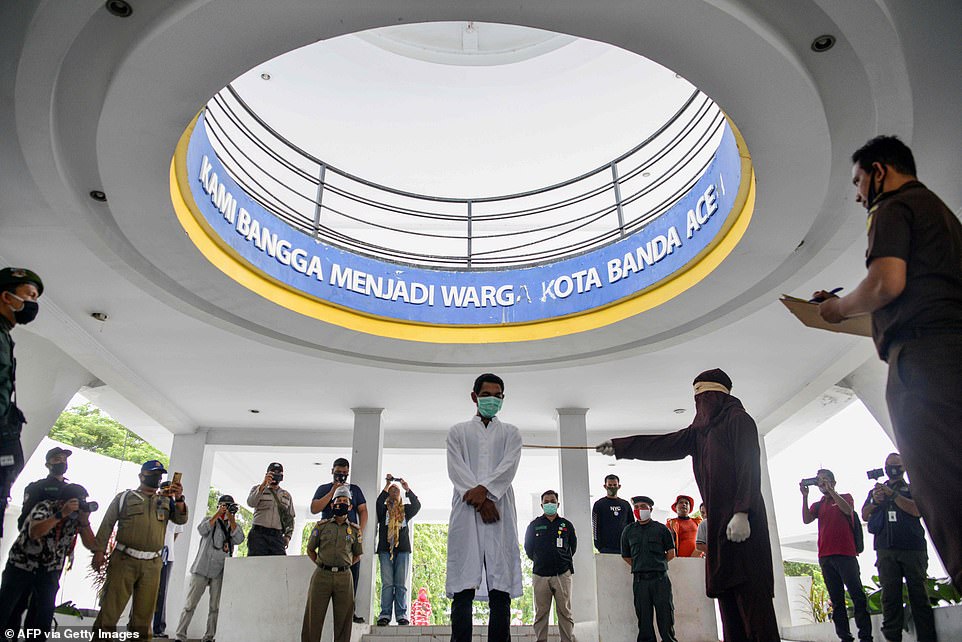 Roni was beaten in front of a socially distant crowd in Banda Aceh Province, the only province in Indonesia to use Sharia law as the basis for its code of law 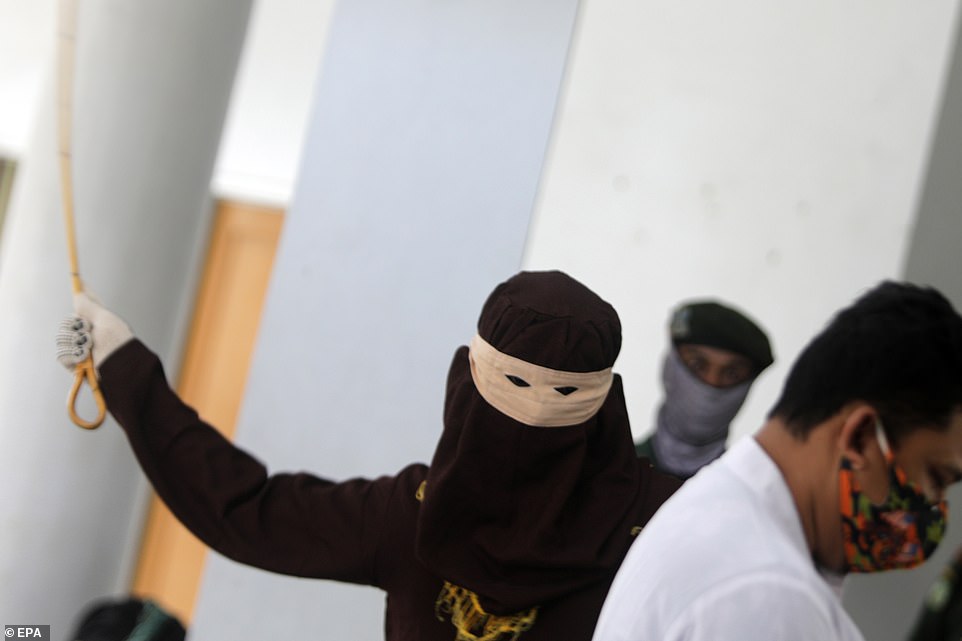 In addition to the convicted rapist, five other people were beaten for gambling – although they were only forced to suffer eight strokes of the stick each (picture) 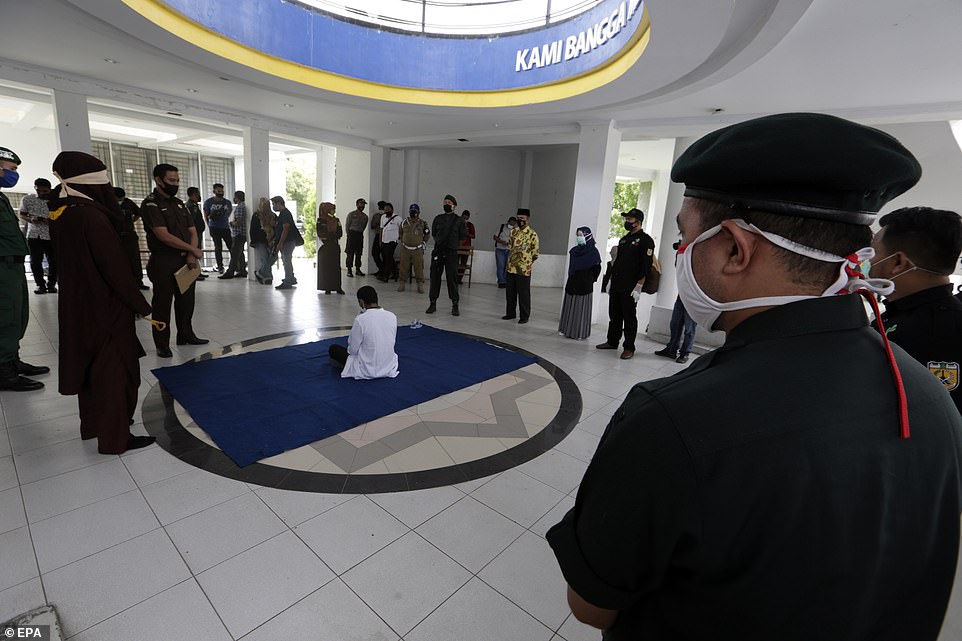 Banda Aceh is the only Indonesian province that imposes penalties under Sharia law, including flogging for those caught drinking, gambling or having gay sex