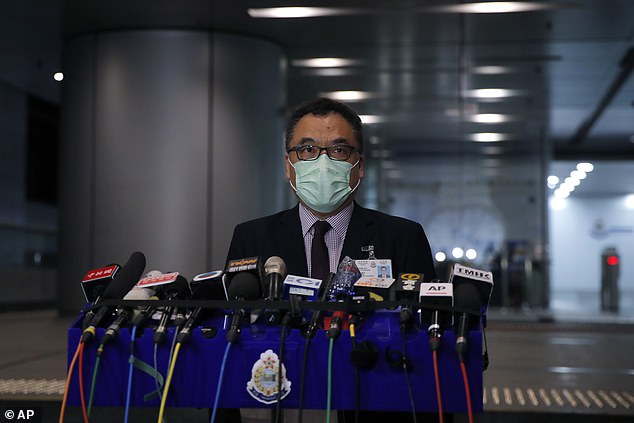 The Hong Kong police have made their first major arrests under a new national security law and arrested four young people on suspicion of inciting secession.

Three men and a woman, aged 16 to 21, were arrested in three locations, a police officer said. It is assumed that all are students.

Police said the group has posted social media comments calling for independence from Hong Kong, a semi-autonomous Chinese territory, since the law came into force.

Li Kwai-wah, senior superintendent of a newly formed law enforcement unit, said: “They say they want to create a Republic of Hong Kong and that they will fight for it unconditionally. They also said that they want to unite all independence groups in Hong Kong for this purpose. & # 39;

The law, which entered into force on late June 30, was imposed on Hong Kong by the central government in Beijing and has raised fears that the city's autonomy and freedoms will be taken away.

Hong Kong was promised its own government and legal system until 2047, or 50 years after the former British colony returned to China in 1997. China says that issues such as separatism concern national security and as such fall within its area of ​​responsibility.

The police did not identify the suspects or their organization, but a group called Studentlocalism said on Twitter and Facebook that their former leader, Tony Chung, had been arrested for allegedly instigating the secession.

The group announced that it would dissolve before the law came into force, but has maintained an online presence through a so-called U.S. division.

The arrests took place a day after a senior political opposition figure in Hong Kong was fired from his university job. 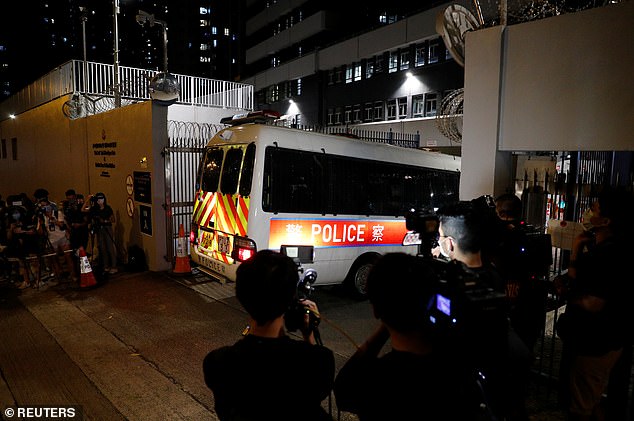 Reporters take photos and videos while a police vehicle drives to a station where members of the Hong Kong Independence Group are believed to be in custody today in Hong Kong, China

Mr. Tai has been released on bail since he was sentenced to 16 months in prison in April 2019, when one of nine leaders was himself put on trial to take part in a quest for more democracy, the umbrella movement, in 2014.

In a post on his Facebook page, Mr. Tai said he intends to continue writing and lecturing on legal issues and asked for public support.

"If we persist, we will definitely see the rule of law revitalized in Hong Kong one day," he wrote.

While the 2014 movement failed to attempt to build democracy in the semi-autonomous Chinese city, protests returned last year after the local government proposed laws that would allow criminal suspects to be extradited to mainland China to be brought to justice.

Opponents called this a violation of the independent legal system that Hong Kong was guaranteed after it was handed over to Chinese rule.

Although legislation was finally postponed, demonstrators' demands were expanded to include demands for democratic change and an investigation into alleged police abuse, which became increasingly violent in the second half of the year.

This prompted Beijing to pass the security law, saying that opposition to the law would make its adoption at the local level in Hong Kong impossible. Critics have condemned the law as part of a massive crackdown on political activity, freedom of speech and academic independence