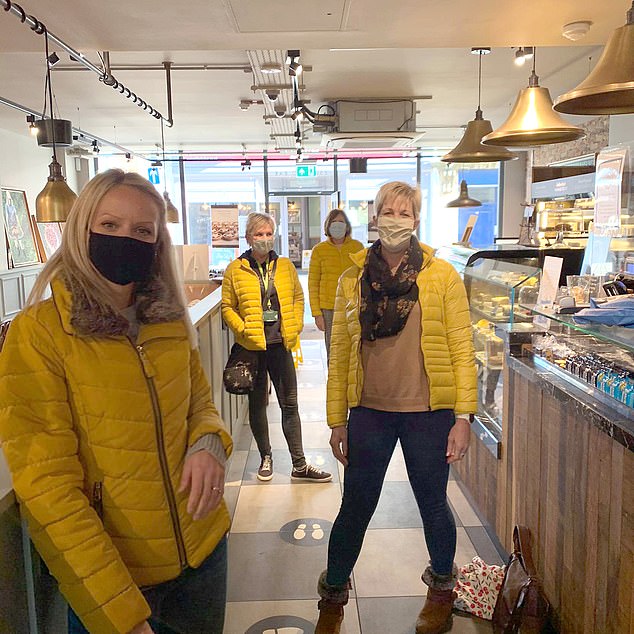 
What a coat disaster! Four women queue up separately for coffee and discover that they are ALL wearing the same jacket

We've all had that awkward moment when we showed up somewhere to find another person wearing the same outfit.

So imagine the embarrassment when these four women noticed they were standing in line at a coffee shop in nearly identical yellow puffer jackets.

Everyone saw the funny side, however, and mom of five, Rebecca Birch, joked that they were a ray of sunshine during difficult times after getting another client to snap a snap.

The 48-year-old taxi driver had agreed to meet her friend Emily Lawrence for a walk and a coffee to go to see they were wearing the matching jackets. When they got to Caffe Nero in Sherborne, Dorset, they spotted another customer in yellow.

The three of them had barely started to comment on the unbelievable coincidence when a fourth woman in the same monochrome jacket came up to them.

Ms. Birch from nearby Wincanton said, “It was so funny that something happened. We said, "Oh my god, we're wearing the same coat."

After the picture was posted on social media, it received 21,000 likes. Ms. Birch added: “It is a sign of the times – we are all standing there with masks on. It's pretty poignant. & # 39;

She continued, “We met in town to move around and it was so fun – we both saw each other and laughed.

"We were primarily embarrassed because people looked at us as if to say look at them both." I think they thought we were either friends or twins. We felt pretty stupid. 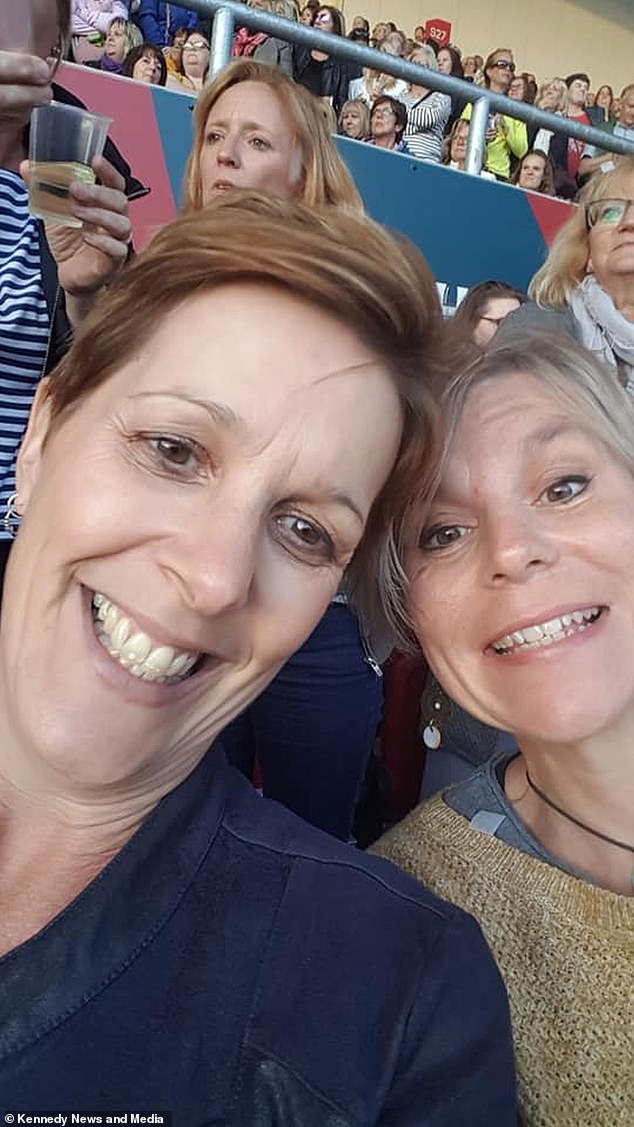 Rebecca Birch joked that they were a ray of sunshine in troubled times after getting another client to snap a snapshot. Pictured: Rebecca Birch (right) and her friend Emily Lawrence (left)

"I said," Let's have a takeaway coffee at Caffe Nero. "

“There was already a person who ordered a coffee. She was there with her baby and her husband.

"We looked at each other and said," Oh my god, look. She is also wearing the same coat. "

Ms. Birch added, "We had a laugh with them and the barista said," Look at three, all of which match your mustard colored coats. "

We started ordering and the next minute I turned around and this lady stepped behind me.

“I couldn't believe anyone else had come in wearing the same coat. 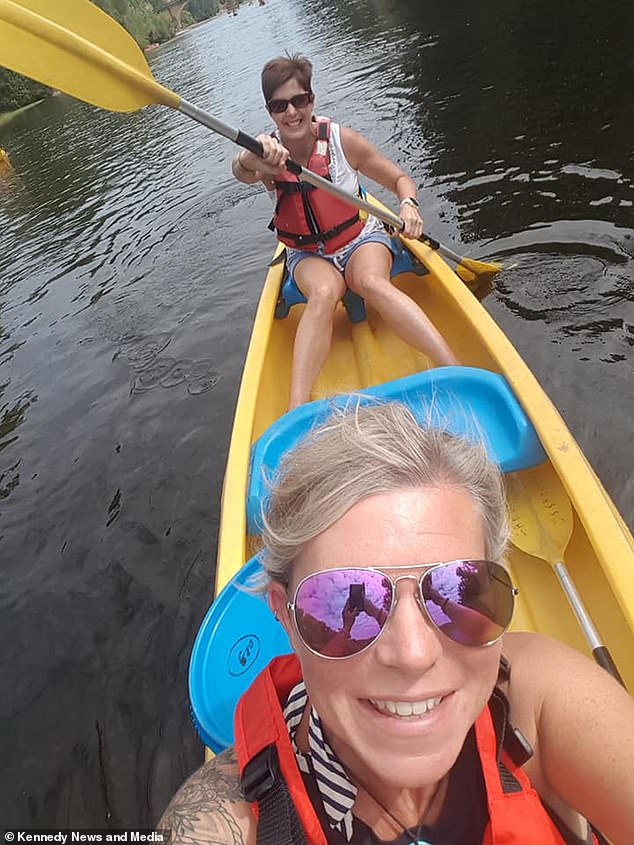 No sooner had the three of them started talking about the unbelievable coincidence in a café when a fourth woman came up to them in the same colored jacket. Pictured: Rebecca Birch (front) and her friend Emily Lawrence (back)

& # 39; The baristas all laughed. There were two on the shift and the girl who served us was in disbelief – it was weird.

"It made me mix up my style a little."

By Amy Kester, Assistant Style Editor for the Daily Mail

An uncanny coincidence? Certainly. But if there was a coat in numbers this season, the yellow quilted jacket was a good choice.

Since the contacts in 2020 were mainly limited to the outside world, we never again relied on our trustworthy coats. And the most trustworthy thing has to be the padded jacket. The quilted style makes them super warm and they look great when worn with pretty much anything.

But why yellow, you might ask? Well, that seems to be the color of the season too – a flash of brightness we all needed. In this photo, the lady at the head of the queue is wearing the Gosway padded chevron quilted coat by Joules, which cost £ 169 but has been reduced to £ 49.95.

The other three appear to be wearing styles from previous seasons. Second and third are jackets from Benetton, where a similar hooded puffer costs £ 99, and Primark, which would have cost about £ 15.

The woman at the back is wearing a lightweight feather and down jacket by Marks and Spencer, currently available in a variety of colors for £ 49.50.