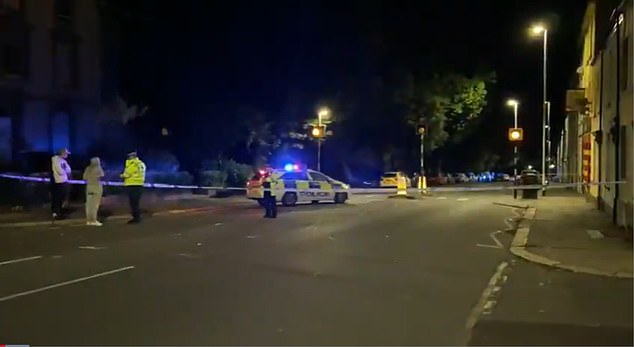 By Raven Saunt and Adele Redmond for Mailonline

Four people were hospitalized with serious injuries after being stabbed multiple times outside a pub in Plymouth.

They received a possible clue as to the knife man's identity, but when they got to his address in Breacon Park it was blank.

It was only later in Ide on the outskirts of Exeter that the suspect stopped in a car and was arrested on suspicion of attempted murder.

Four people were hospitalized with serious injuries after a multiple stab attack in Plymouth (scene pictured).

One resident told ITV, “I live on Albert Road and drove home to find it closed but explained that I lived here.

I was told to go in and lock doors. Several police cars and emergency services, including a helicopter and an armed police force. & # 39;

The suspect initially fled the scene, but Devon and Cornwall police have confirmed they have since arrested a 50-year-old man on suspicion of attempted murder.

A spokesman for the force said: “The police were called shortly after 10pm on Saturday night following a serious incident near the Railway Inn on Albert Road in the Stoke area of ​​Plymouth. 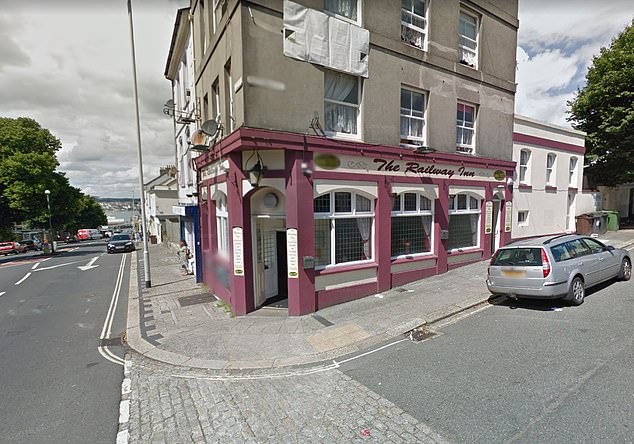 Police ran to the Railway Inn, where they found four people with stab wounds nearby 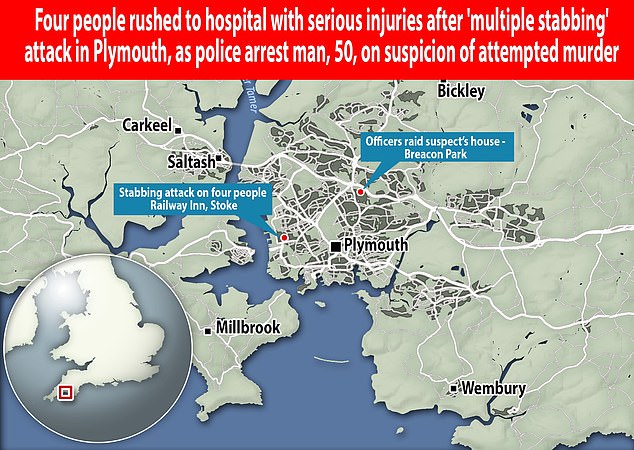 Police units took part and found four people who had sustained serious but not life-threatening injuries. All have since been taken to Derriford Hospital for treatment.

& # 39; The suspect had escaped from the scene when the police were present.

Follow-up investigations meant that armed bureaus went to an address in the Beacon Park area of ​​Plymouth to track down the suspect. He wasn't at the address.

Further investigation and proactive policing resulted in officers stopping a vehicle near Ide on the outskirts of Exeter where a man in his fifties was arrested.

The suspect was arrested on suspicion of attempted murder but was initially taken to the Royal Devon and Exeter Hospital.

The police investigation into this matter is ongoing.

"Anyone who has information and has not yet spoken to officials is asked to contact 110 on September 19, using protocol number 1112." 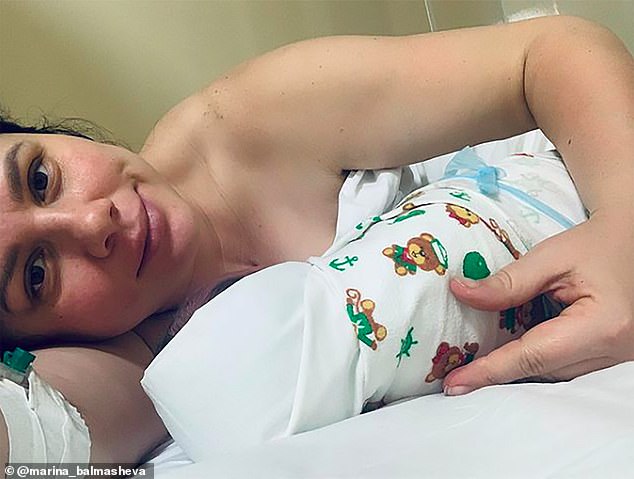