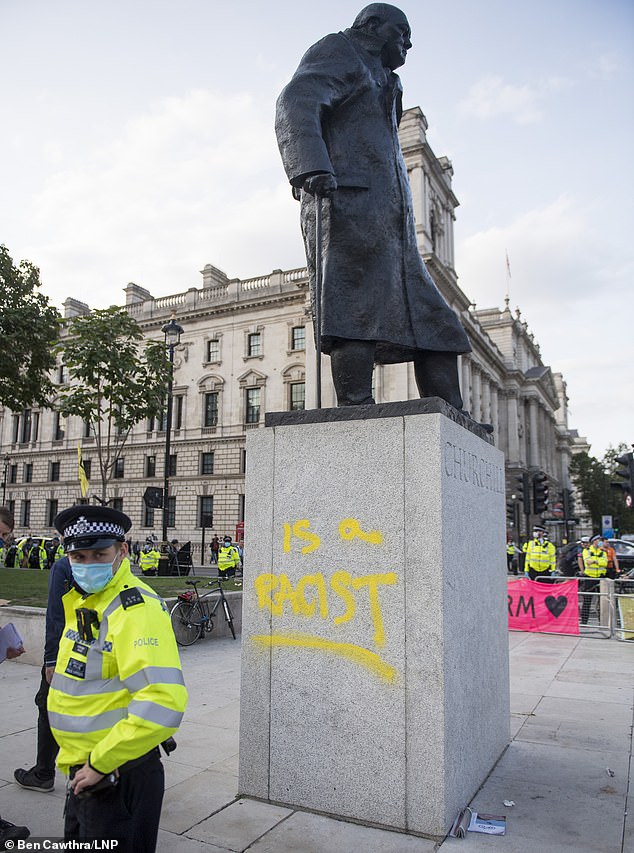 Extinction Rebellion (XR) vandals today disfigured the statue of Winston Churchill in Parliament Square by spraying the words "is a racist" on the base of the monument.

XR protesters said they saw a "young child" fled in front of the statue shortly before being arrested by police, Guido Fawkes reported.

City police confirmed that a man was arrested on Thursday evening on suspicion of criminally damaging the statue. 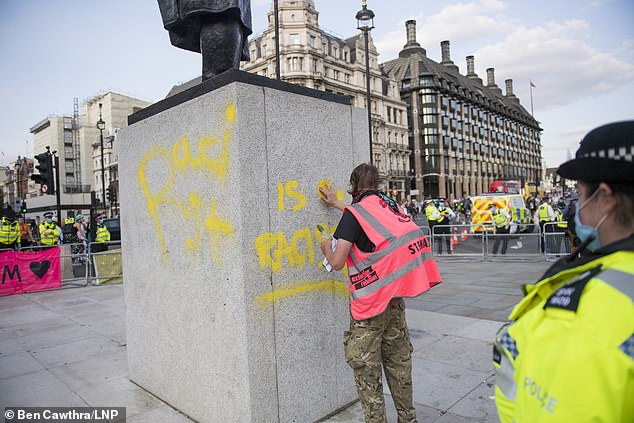 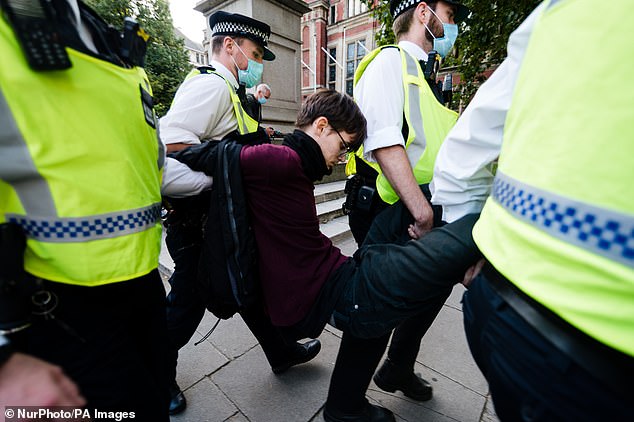 In the same location, police arrested at least 13 topless female XR protesters this afternoon who chained themselves to railings around parliament with bicycle locks to expose what they called the "bare truth" about the climate crisis.

A group of demonstrators was chained to a pink boat outside Parliament tonight, which was smeared with the words "Tell The Truth".

You were part of a larger group from the XR campaign that used attention grabbing techniques to highlight the threat to the planet.

The women chained to the gates wore masks that read “4C” and words like drought, hunger and forest fires on their chests to highlight the expected consequences of global warming.

For MPs passing by, a banner read: "Can't you tell the truth?" 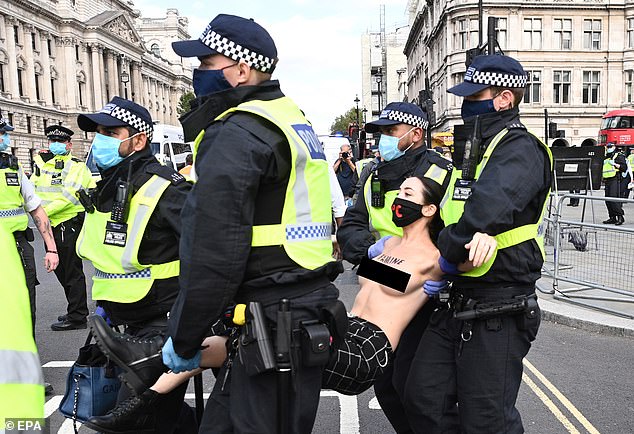 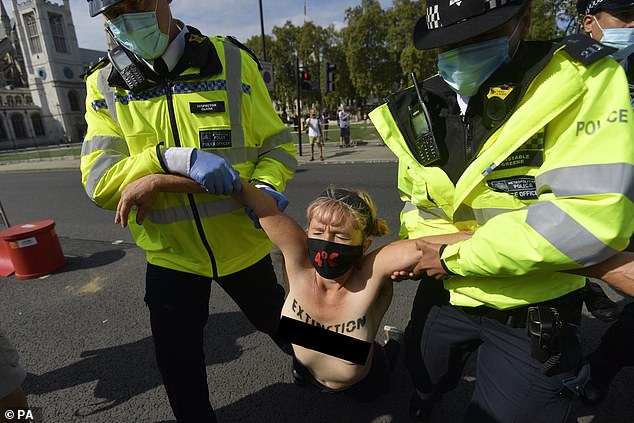 Sarah Mintram, a teacher who took part in the event, said, “Now we have your attention. By failing to communicate the consequences of a 4C World War – war, hunger, drought, displacement – the government cannot protect us. & # 39;

Officials removed the D-locks from their necks and took the women to police stations in four separate vans while supporters cheered protesters from Parliament Square.

The Met said it has arrested 648 people so far while monitoring the protests in London since the beginning of the month.

At times, XR has received broader public support as they marched into cities across the UK, including the towing of parts of London in protest.

But one person who is not a fan is Interior Minister Priti Patel, who called the activists "so-called eco-crusaders turned criminals" when she promised to prevent "anarchy on our streets".

Prime Minister Boris Johnson also criticized "totally unacceptable" measures in which XR protesters blocked the delivery of some of the UK's major newspapers.