Early North American explorers bred dogs to have “woolly hair” that could be sheared like a sheep – and then spun it into clothes and blankets, according to a study.

Iain McKenchnie and colleagues from the Hakai Institute examined the records of more than 170,000 dog bones unearthed at 210 locations in the Pacific Northwest.

The first humans came to North America from Eurasia about 11,000 years ago and found very few animals suitable for domestication, McKenchnie said.

This prompted them to turn to the dogs they were taking with them and bred them over generations for various purposes, including small woolly dogs as clothing.

According to the team, other dogs were put into service as draft animals, sledges were pulled and others were used more conventionally for hunting.

The researchers found two "common" types of dogs in the archaeological record – a smaller "woolen" dog up to 19.5 inches tall and a village dog for hunting up to 23 inches tall

The bones examined for this research came from the Pacific Northwest, including Oregon and Alaska, and most came from domestic dogs rather than wolves or foxes.

The most common type of remains belonged to a woolly, spitzy dog ​​that was knee high to a human and showed signs of being sheared like a sheep.

This supports a historical early 19th century diary entry made at a trading post in British Columbia describing the Cowichan tribe who traveled in canoes with "dogs that are more like their wool [lambs]. “Were filled.

The dog remains discovered by researchers at Hakai and the University of Oregon have been clearly divided into two types – large and small. 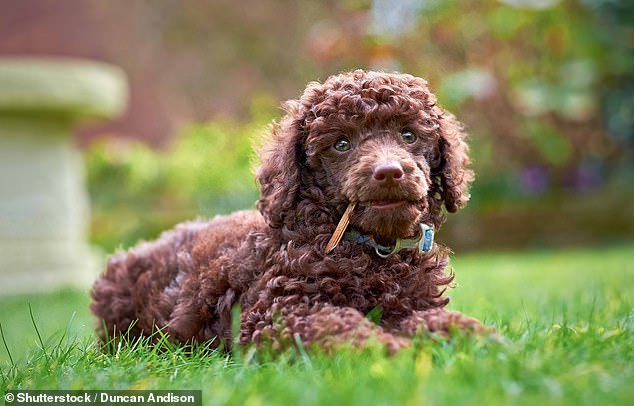 Iain McKenchnie and colleagues from the Hakai Institute examined the records of more than 170,000 dog bones unearthed at 210 locations in the Pacific Northwest. Image from a picture agency

The larger dogs were relatively large and fiery, and were likely used for hunting, companionship, and pulling sleds and carts in the frozen regions – as seen today in Alaska.

These larger dogs were relatively rare compared to the second type, a smaller dog that would have been covered in woolly fur.

This suggests evidence of "roles for dogs like hunting, companionship and wool production in a region devoid of terrestrial agriculture and livestock," the researchers wrote in their paper.

Carly Ameen of the University of Exeter, a canine expert who was not involved in the study, told The Times that dogs are replacing the roles of animals that the settlers in Eurasia had left behind.

“Dogs have been used to fill many of these technical roles. You end up having sled dogs in the Arctic to pull things around, ”Ameen said.

"And you also get these really interesting occurrences of some dogs that were used for their wool, much like the way people in Eurasia used sheep."

The authors say that breeding small dogs for wool and hair textiles enabled the production of economically valuable material for trade.

This was then further enhanced by making intricately woven blankets from the wool, as described in contemporary Salish studies.

"Inter-community trade networks originally set up for other goods were almost certainly used to redistribute live wool dogs, as well as finished blankets, and possibly to make wool ready for weaving," they wrote.

The results also suggest that a long and well-documented tradition of textiles and weaving in the Coast Salish and Nuu-chah-nulth cultural areas dates back much earlier than the previously assumed 18th and 19th centuries.

The Cowichan on east Vancouver Island are known to this day for their textile skills. 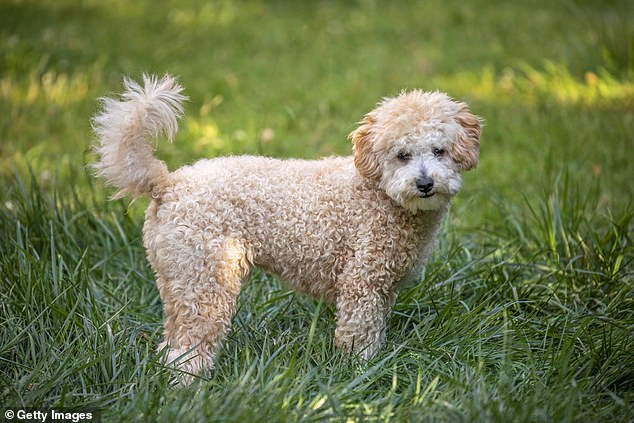 The most common type of remains belonged to a woolly, spitzy dog ​​that was knee high to a human and showed signs of being sheared like a sheep. Stock image, not the breed of dog

Settlement by modern European settlers led to imported textiles and so the demand for wool from small dogs decreased and eventually the breed died out.

Since then, detailed knowledge of the dog wool industry has been lost, only diaries, second hand memories, and archaeological evidence remain.

This was once a common practice, according to Caroline Solazzo of the Smithsonian Museum Conservation Institute.

An analysis by Solazzo of 11 old Coast Salish blankets not directly related to this new study found that 7 of them contained dog hair, the New York Times reported.

Another study of 47 blankets found all but three dog hairs were woven in.

McKechnie and his colleagues have spent most of a decade “trudging” through decades of archaeological records to better understand “man's best friend” and its use by early North American settlers.

He found evidence of a deep relationship between the coastal communities and domestic dogs – including their role in a 5,000-year-old fashion industry.

The results were published in the Journal of Anthropological Archeology.

A genetic analysis of the world's oldest known dog remains found that dogs were domesticated by people living in Eurasia in a single event around 20,000 to 40,000 years ago.

Dr. Krishna Veeramah, assistant professor of evolution at Stony Brook University, told MailOnline, “The process of domestication of dogs would have been a very complex process involving several generations as the dog's characteristics gradually developed.

The current hypothesis is that dog domestication was likely to have been passive, with a population of wolves living on the fringes of hunter-gatherer camps somewhere in the world, feeding on man-made waste.

"Those wolves, being tamer and less aggressive, would have been more successful at this, and while humans would not have benefited from the process initially, over time they would have developed some sort of symbiotic [mutually beneficial] relationship with these animals, that will eventually develop into the dogs we see today. & # 39;