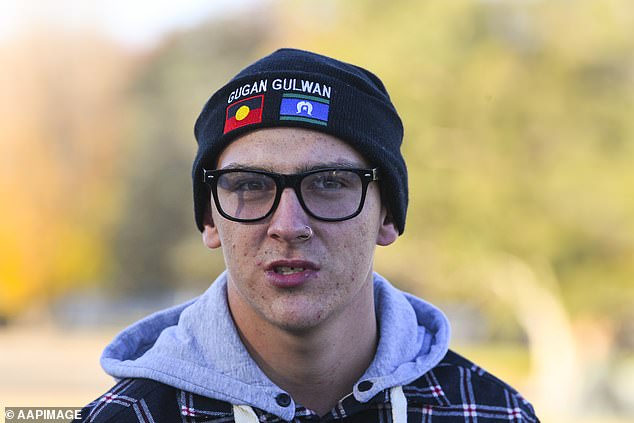 
Ex-fraudster confesses to a bomb hoax at the Commonwealth Games, but blames PTSD for the actions taken during his juvenile years

An indigenous Don Dale inmate who pleaded guilty to bomb blight at the Commonwealth Games went free when the NSW police issued an arrest warrant against him.

21-year-old Dylan Voller was immediately sentenced to six months in prison at the Southport District Court on the Gold Coast on Wednesday.

The Stolenwealth Games activist called Triple-0 on April 15, 2018, in a psychiatric ward at the hospital, where he was hospitalized for self-harm after being arrested at the start of the games for public harassment during an indigenous protest.

He is respectfully sought for an outstanding arrest warrant for suspected armed robbery and alleged shoplifting in Moama in the NSW region in March and January.

A full royal commission was triggered in 2016 when a video appeared in which he was gassed to tears in a spit cap at the Don Dale Youth Detention Center. 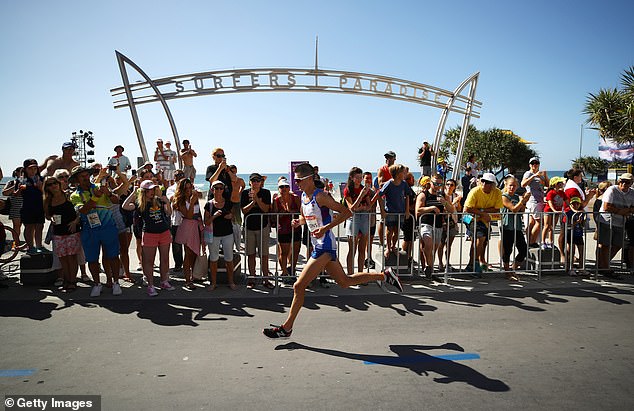 Voller informed the police that at the end of a Commonwealth Games marathon (pictured) on April 15, 2018, there was a bomb

Judge Catherine Muir said the fake bombing was "a joke, but it remains a serious crime," ABC News said.

She admitted that Voller had PTSD and made an early admission of guilt before sentencing him to six months in prison and immediately suspending her.

The maximum sentence for the crime was five years in prison.

The court heard that Voller was working to improve the plight of indigenous youth and was studying on the spot.

"I accept that you have a real urge to bring about positive social change in Australia," said Judge Muir.

"You can serve as a role model for other young people." 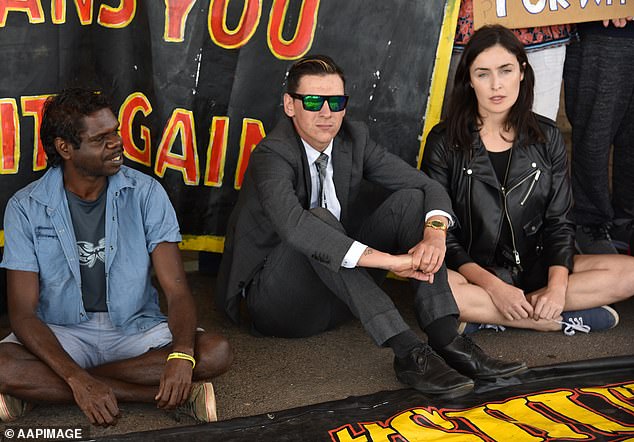 The activist of the "Stolenwealth Games" (center photo) joked about a psychiatric hospital, where he was put up for self-harm

An arrest warrant for Voller was issued on the same day that he was convicted by the Murray River Police District.

The Southport District Court hearing list would tell the police who are "trying to locate Voller" that he is on the Gold Coast.

Voller testified to a royal NT commission for the detention and protection of children in 2016.

The commission triggered a video in which Voller gasified in tears, was strapped to a chair and forced to wear a spittoon hood in a juvenile detention center.