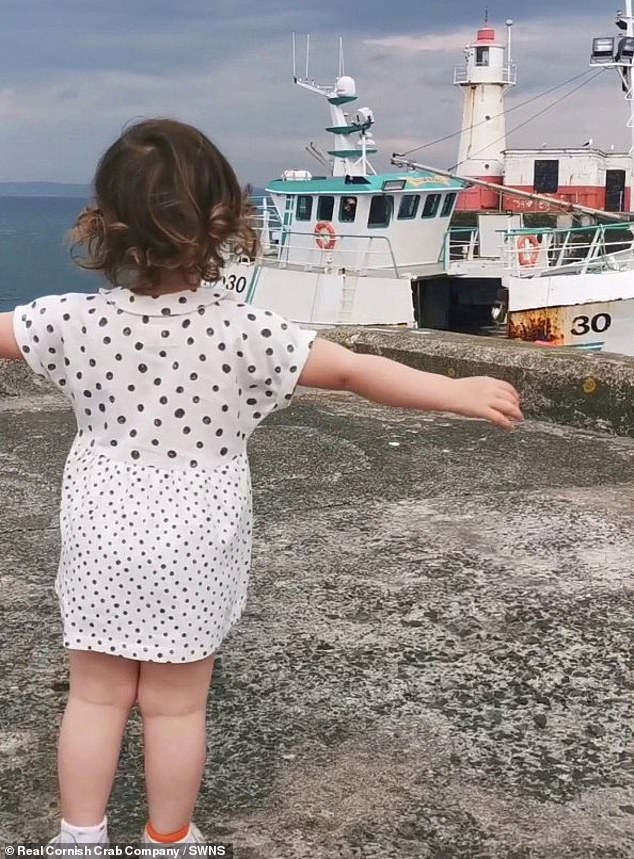 
Welcome Home! A delightful moment when a two-year-old girl races along the quay and shouts "I love you" and jumps into her father's arms from Cornwall when he returns from sea two days ago

This is the moment when a fisherman receives a delightful welcome home from his excited two-year-old daughter, who is chasing his boat as it sails back to a harbor in Cornwall.

Toni-Rose, two, had lived with her mother Demelza when her father, skipper Ben Rowse, 34, was at sea with The Real Cornish Crab Company.

Ben's partner Tegan Howard, 31, picked up Toni-Rose and drove her to her father when he got back to Newlyn, Cornwall.

An enchanting video shows Toni-Rose waving frantically and shouting "Daddy" when she spots his boat near the port.

She runs down the quay and chases the boat as it drives past her. Then she races towards her father with open arms and shouts "I love you".

A delighted Ben laughs as he takes the little girl in his arms. 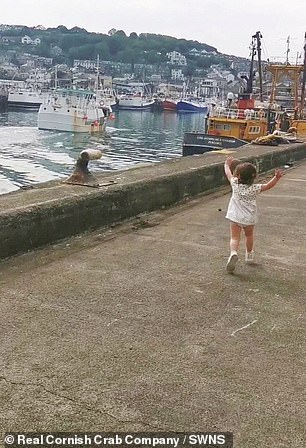 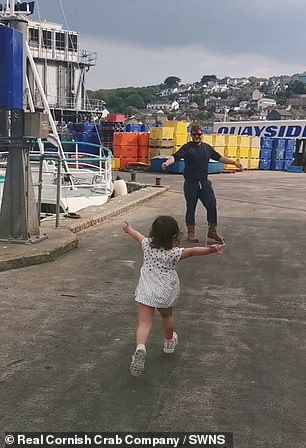 Toni-Rose runs down the quay. Their father gets out of the boat and they run towards each other with open arms 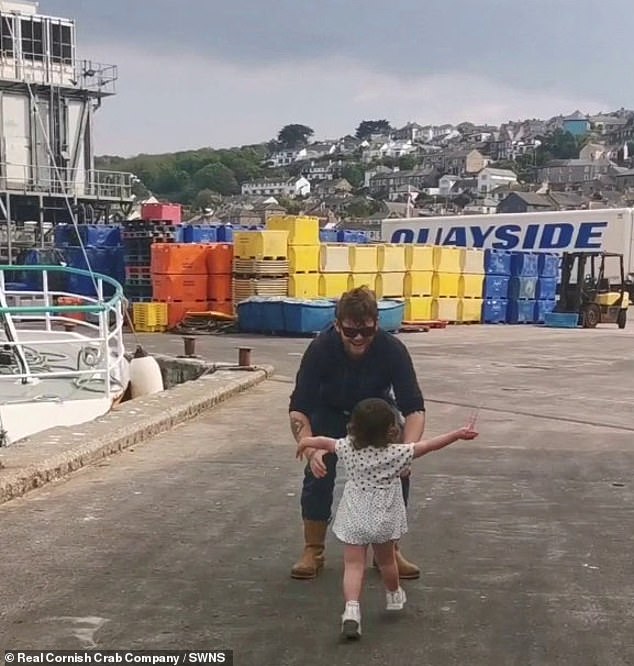 The two year old reaches her father after running and shouting "I love you".

Tegan, the company's social media manager, said: “He was only gone a few days. It usually lasts two or three days, but sometimes up to five days.

She added that Ben would normally pick up Toni-Rose, but he had asked her to do it because he might have been late.

The video was shot on May 12th and The Real Cornish Crab Company shared the video for Father's Day on their Facebook page.

It is now being used as part of the #HomeAndDry campaign for Maritime Safety Week. 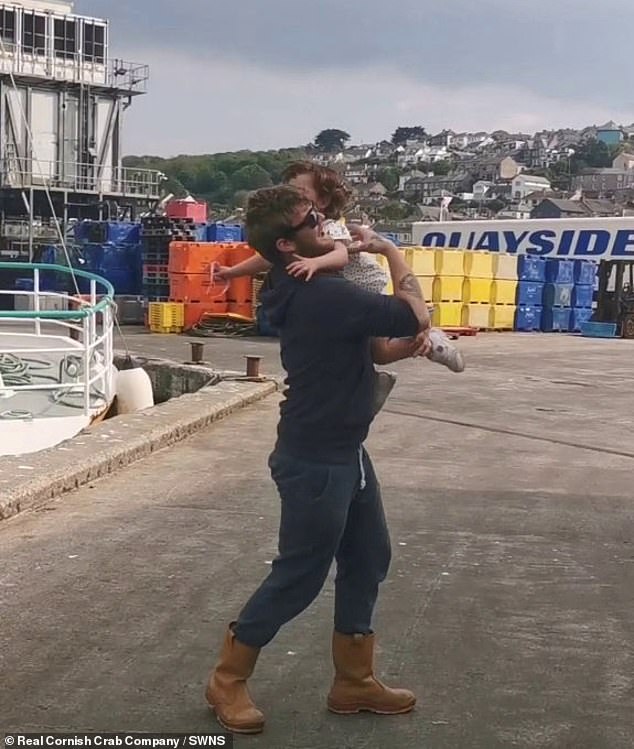 The team that worked on the campaign asked the fishermen why they take their safety at sea more seriously. They said to come home to their loved ones.

This is what the campaign focuses on, rather than telling fishermen how dangerous fishing is.

The original video was liked thousands of times and received a number of comments, including Father Mark Rowse, who said, "This video brings me every time!"

Tegan continued: “Ben absolutely loved it. That was pretty special.

“His father is also a fisherman, and he can remember that when he was a child.

"Ben was fishing for crab and lobster, I think it was a good trip." 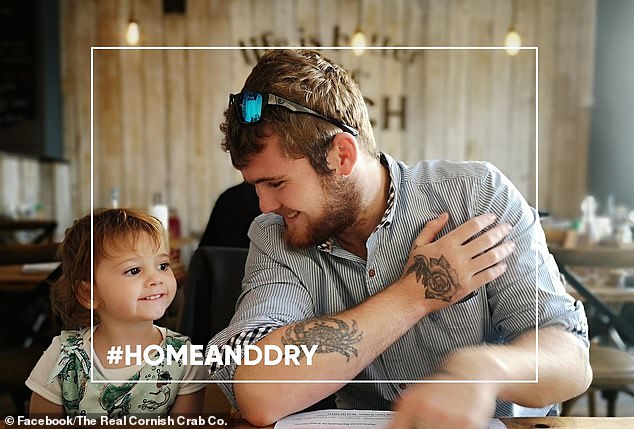