How England's second wave of Covid is retreating: ONS data shows daily cases halved during the November lockdown and only 25,700 people contracted the virus daily by the end of the month

The number of coronavirus infections in England fell by almost half during the lockdown in November, from 47,700 a day to 25,700, official data confirms today.

A weekly report by the Office for National Statistics estimated that a total of 521,300 people were infected with the virus in England as of November 28, up from 665,000 just two weeks earlier.

The data shows that the country's second wave is on the retreat and that the lockdown worked. National measures were lifted this Wednesday as the nation returned to its three tier local system.

Separate estimates from the Covid Symptom Study suggest that only 15,845 people in England are currently developing symptoms of the coronavirus every day, up from a high of 44,000 in late October. 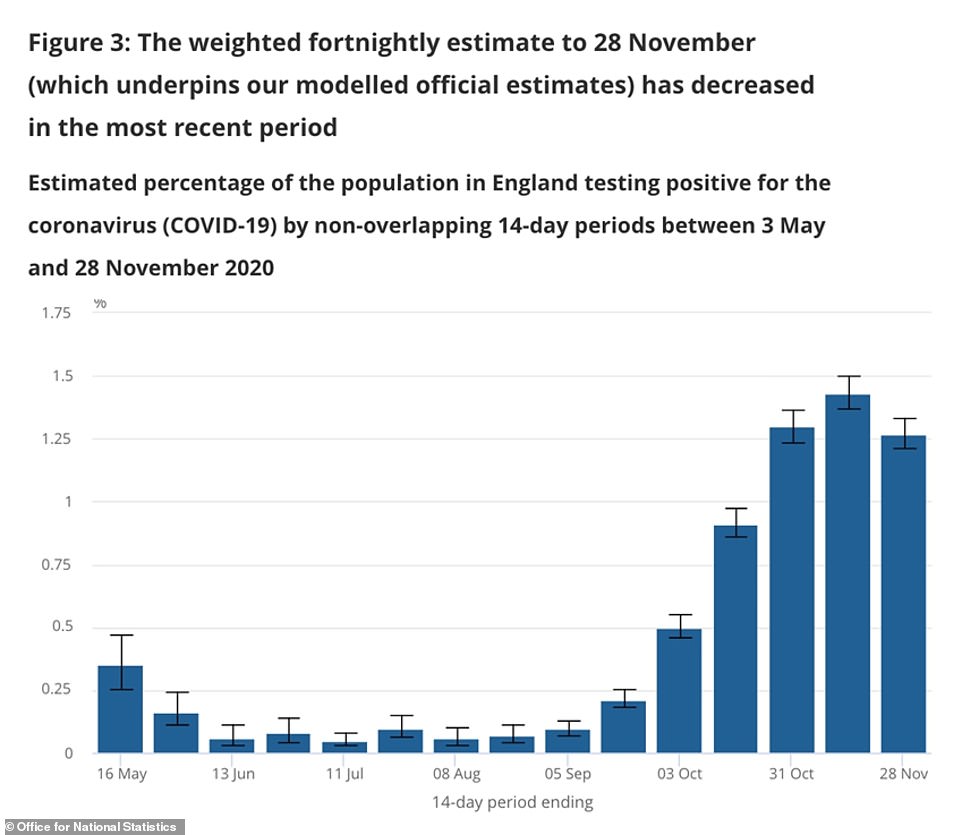 The ONS's mass testing program, which returned results from 217,411 swabs in the two weeks ended November 28, found that 0.96 percent of people tested positive.

This corresponds to about one in 105 people and is the first time since the beginning of October that the positivity rate is below one percent.

The falls are still highest in the north of England. In Yorkshire and Humber, which were worst hit when the country emerged from lockdown, 1.7 percent of people tested positive – one in 59.

North East, North West, East Midlands and West Midlands also had rates higher than the UK average, which was exactly one percent.

The southern regions all had lower positive test rates, with the lowest in the east of England at 0.4 percent.

ONS experts wrote in their report: “In the last week, the percentage of people who tested positive has decreased in all regions except in the northeast. Rates are highest in the North East, North West, Yorkshire and the Humber. & # 39;

The separate Covid Symptom Study, conducted by health tech company ZOE and researchers at King's College London, predicts that the R-rate across the UK is 0.8 and that most daily cases occur in London at 3,379 a day for the next two weeks ending last Sunday November 29th.

It creates estimates using the self-reported test results and symptoms from one million users of the Covid Symptom Tracker app. The team estimates that there are currently around 40,000 people living with symptomatic Covid-19 in the UK.

King's College Epidemiologist and Project Leader Professor Tim Spector said today: “It is encouraging to see rates are still falling in most parts of the UK and we are now below 21,000 cases, less than half the peak of the second wave that we saw in October.

"While we're also seeing a steady decline in approvals now, it's important that we don't be complacent."

"Although the UK will start rolling out the vaccine next week, many of us won't get one for a few months, so it is very important for the NHS to keep the numbers down and under control." 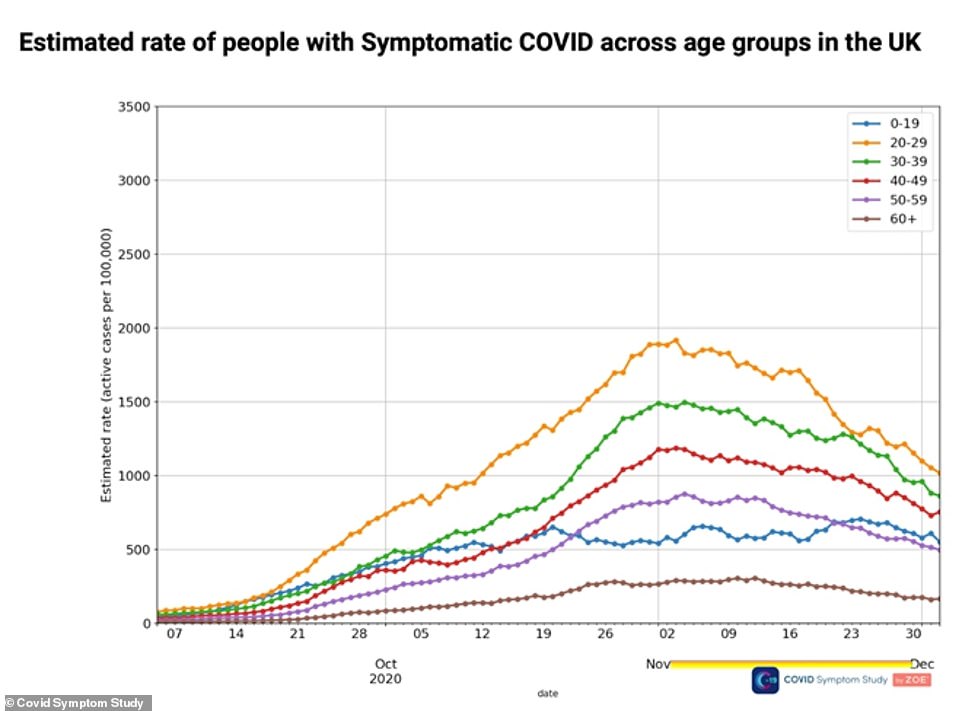