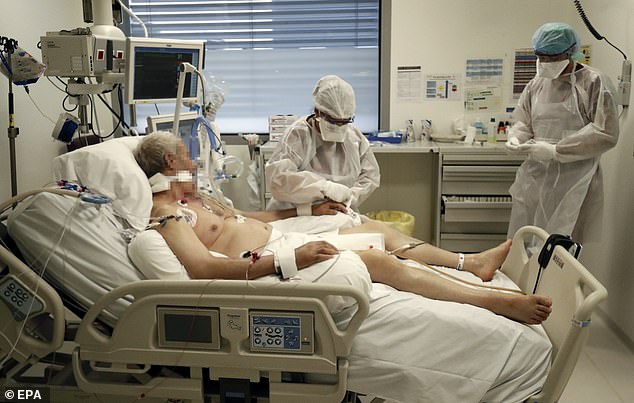 France will pay parents to stay at home if schools have to close due to an increase in coronavirus cases.

Paris announced yesterday that it will pay 84 percent of a parent's wage in any household with a child under 16 if their school closes due to the virus.

The announcement comes after clusters of infections have emerged across the country since schools reopened on September 1. The clusters have already led to the closure of 34 schools and the cancellation of 500 separate classes.

Payments are on hold until September 1, The Times reports. The French government has also announced an extension of its vacation program for companies in difficulty.

Doctors and nurses in protective clothing attend to a patient suffering from coronavirus disease (COVID-19) today in the intensive care unit for resuscitation (ICU) at Hopital Europeen hospital in Marseille, France 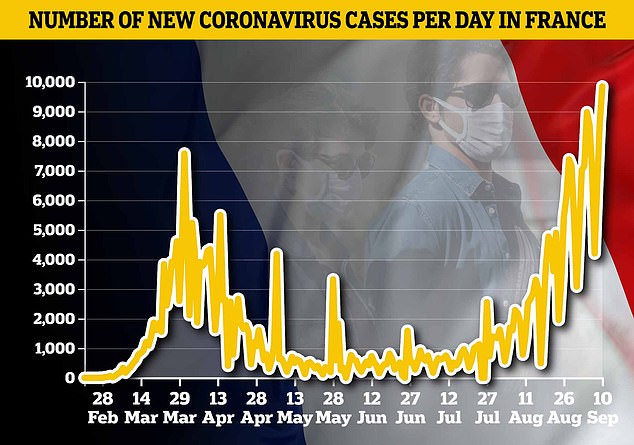 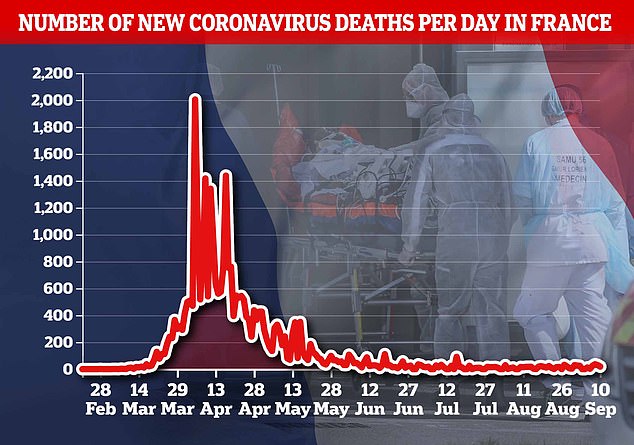 Since the beginning of the month, the number of new cases has risen by an average of 7,292 every day, a value that exceeds the previous daily record of 3,003 in August.

However, hospital admissions for the disease are still more than six times below the April 14th high of 32,292, and the number of patients in intensive care units is well below the April 8th record of 7,148.

The surge in infections has mainly affected young people, who are less likely to develop complications from the virus. So far, the French hospitals, which were almost overwhelmed at the end of March, have been less burdened.

The number of hospital stays has now increased for 12 consecutive days. The number of patients in intensive care units is 615, a level not seen since the end of June. 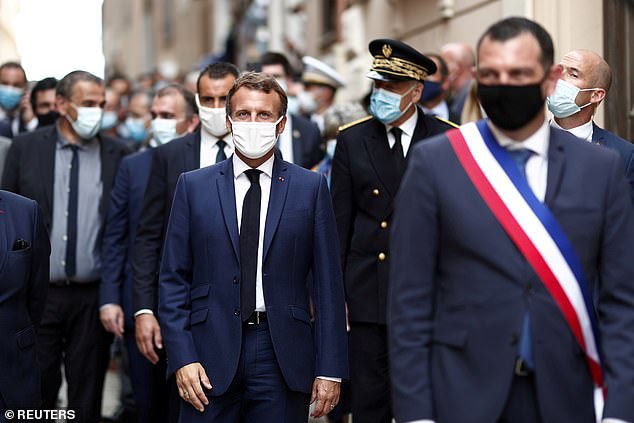 Hospital numbers are still a long way from the highs reached in April, but are putting another strain on the hospital system, which could lead authorities to take action.

France's decision to put the country under one of the strictest lockdowns in Europe between March 17 and May 11 was dictated by the need to keep the hospital system from becoming overwhelmed.

"France is now at worrying levels, not far behind Spain, with a delay of maybe two weeks and much more serious than Italy's," said Drs. Delfraissy.

Government spokesman Gabriel Attal said earlier yesterday that nothing would be ruled out at Friday's cabinet meeting, while President Emmanuel Macron hoped new measures would not be too restrictive.

"We have to adapt to the development of the virus and try to slow its spread through hygiene measures and adjust our social life," he said yesterday during a visit to Corsica.

"We have to be able to go on living, to raise our children and to care for other patients and diseases and to lead a social and economic life."

According to The Times, Macron added that lockdown measures would be implemented on a regional rather than a national basis.

Thursday's number is lower than the 30+ number reported in the past two days, but is still above the 7-day moving average of 15.

France has the seventh highest COVID-19 death toll in the world.