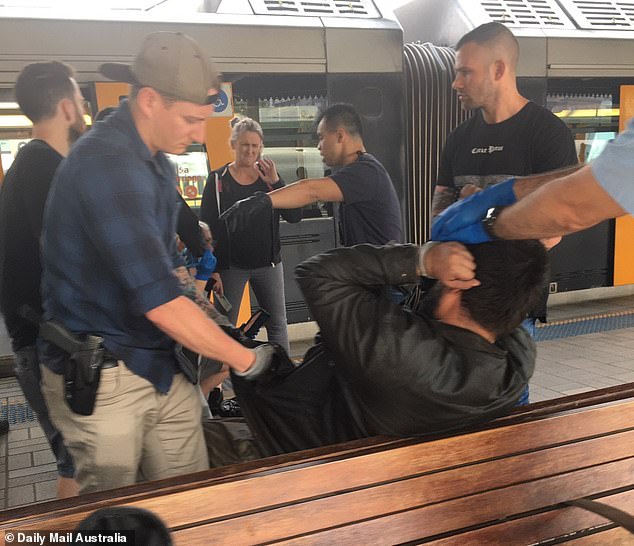 Commuters were horrified to be left at a Sydney train station after a man waved a gun just to let the police find out it was a fake.

Civilian-clad and uniformed officers stormed platform five of the main train station around 3 p.m. on Wednesday after train personnel reported the man.

He is said to have been seen shooting the toy guns into the air while the passengers watched from a train.

Commuters were not allowed to enter the platform while the excitement continued.

At around 3 p.m. on Wednesday, plainclothes and uniforms were on site 5 of the main train station 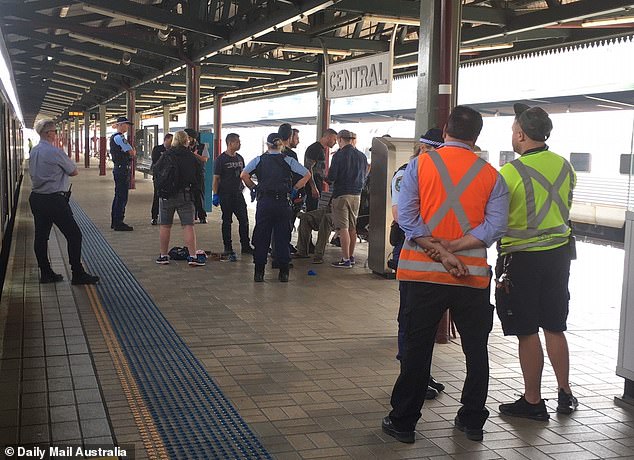 A witness wishing to remain anonymous was on his way to work when he saw several police officers attacking the man.

"The train guard said the guns made a sound that sounded like a taser was going off," he told Daily Mail Australia.

I saw police officers come in and attack him, and then he was sitting in the seats with all the police.

"The police didn't touch the gun until they took pictures of it and then broke it apart."

A spokeswoman for the New South Wales Police told Daily Mail Australia that the police first arrested the man for security reasons before discovering the gun was fake.

The spokeswoman said the toy gun was innocently bought by Paddy & # 39; s Markets and it is not yet known whether he will receive notification of an infringement. 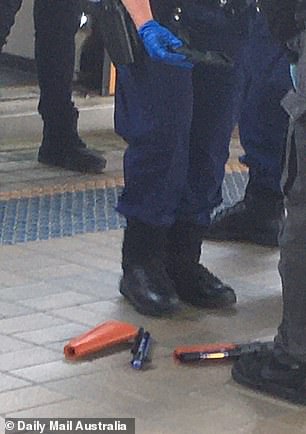 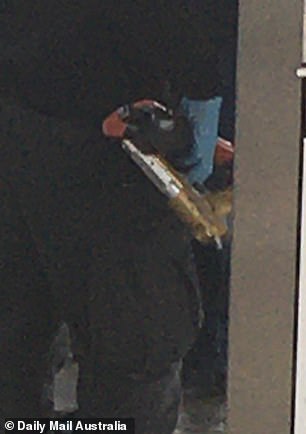