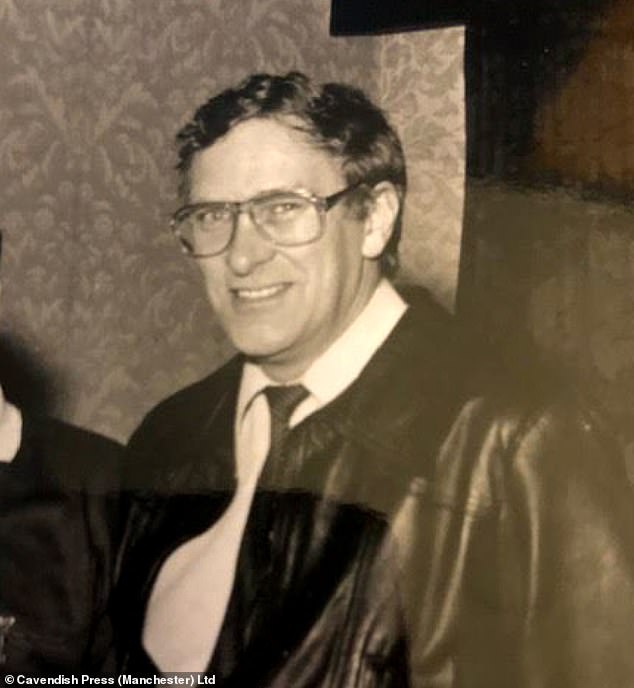 
British chemical company Imperial Chemical Industries is facing legal action after the family of a worker who died of terminal lung cancer claimed he had been exposed to asbestos for 34 years.

Little did Christopher Lees, 79, an in-house health safety inspector at the company's research facilities, know he was exposed to what he believed to be "killer dust" hidden in the walls of his workplace.

As recently as February this year, Mr. Lees, of Cuddington, Northwich, Cheshire, was diagnosed with mesothelioma – an aggressive and terminal lung cancer caused by inhalation of asbestos dust and fibers.

He died just three months later on May 17 after being admitted to a hospice, leaving behind two daughters and four grandchildren, Gillian, who herself suffers from lung disease and severe arthritis.

Christopher Lees, 79, from Cheshire, who served as ICI's internal health inspector, was diagnosed with mesothelioma – an aggressive and terminal lung cancer – in February

In a statement shortly before his death, read out during an investigation in Warrington, Cheshire, Mr Lees blamed his impending death on his asbestos exposure while working at ICI between 1958 and 1992.

His family has now instructed attorneys to sue ICI and ask Mr. Lees' ex-work colleagues to come forward if they too have the disease or know of others who have fallen.

Speaking before the Warrington hearing, Mr. Lees' daughter Nicola Johnson said, “In just six months, Dad stopped helping me with my school run and was my mother's full-time caregiver, he wasn't here at all.

“It just got worse so quickly and was in constant pain at the end.

“I remember taking him to get the results of his biopsy. We sat holding hands, both expecting bad news because we didn't think we'd be lucky enough to get away with it, and devastatingly we were devastatingly right.

& # 39; He was really upset and so scared in the car on the way home. He told me what his wishes were and how we would deal with them.

“We were told he could get chemotherapy to prolong his life and for the next two weeks he would sit up and push himself to go for walks to keep himself fit and ready to face it what's next. Then Covid hit and all bets were closed. & # 39;

The investigation was informed that Mr. Lees had worked for several years in a laboratory in the research and development department at ICI's Winnington facility.

From 1968 to 1975, he worked as part of a team on the development of Monnex, a chemical fire-fighting agent, and had to wear an asbestos fire suit to start violent flames and then test the agent's skills.

In his statement, Mr. Lees said, “This building became our home for seven years and I believe I have had long and persistent exposure to asbestos there. 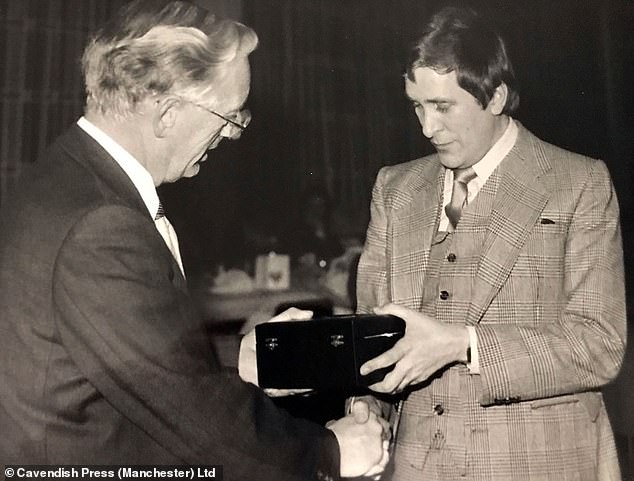 “While everything in the building had been removed except for the plumbing, the dust from the removal process was everywhere.

“Many of our fires were set indoors so we could closely monitor the tests, and a large exhaust fan was turned on to remove any smoke after the fire was extinguished.

“My job was to put out the fires, and as the fires were intense, we were provided with asbestos suits that had two layers of asbestos for insulation and that lay directly on my clothing. I wore this every day while doing this job.

“The asbestos suits were designed to protect us from the intense heart of these violent fires, but if I put the suit on and off every day, I am disturbing the lining and possibly the asbestos fibers in it. We'd wear these suits to move 45 gallon barrels of fuel.

"Since this happened twice a day for seven years, I would have been exposed to a significant amount of asbestos fibers."

Mr. Lees moved to ICI's Castner Kellner site in Runcorn in 1975, where he was appointed Assistant Safety Advisor.

He made site visits and worked with union officials to improve working conditions and reduce the risk of accidents and injuries.

During these visits he was close to maintenance processes, piping, and equipment.

In 1989, Mr. Lees returned to the Winnington and Lostock locations, where he continued to conduct on-site visits as a safety advisor and oversee safety procedures.

Mr. Lees added, “During my time at Castner Kelner, I am almost certain that I would have continued to be exposed to asbestos dust as it was a fairly old site that contained miles of piping that was most likely asbestos insulated. 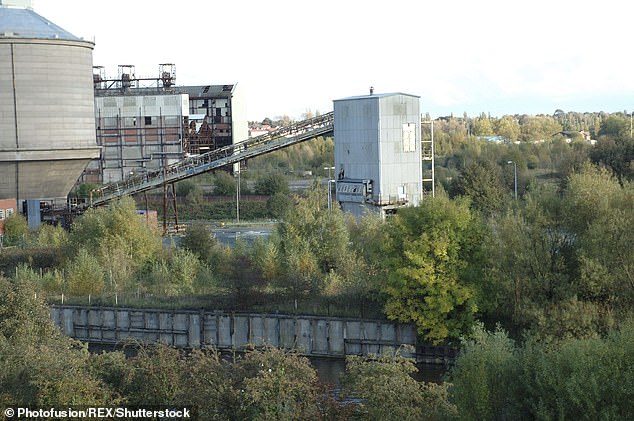 “We walked through parts of the facility for hours, inspecting the equipment. It wasn't uncommon to brush against this insulation, which would have resulted in dust getting on my clothes.

“While the safety advisors were checking that safe procedures were in place to ensure that the work was being carried out to certain standards, it was impossible to rule out further cases of exposure.

“It wasn't until the mid-1980s that asbestos knowledge increased that guidelines were issued and we tried to provide breathing apparatus when asbestos was removed.

“I cannot say that those responsible and the fitters always followed these procedures exactly. It is human nature to look for shortcuts to get the job done as quickly as possible without further exposure.

“I believe that most of my asbestos exposure was from working in an ICI provided fire suit, but it is possible that I was inadvertently exposed to asbestos from contractors and installers working in areas where I work went through. I didn't know it happened then. & # 39;

After the hearing, Mr. Lees' attorneys of Birchall Blackburn Law in Manchester confirmed that this helped his family claim industrial disease compensation and called for "memories and reminders" from former ICI employees.

Victoria Roberts, an industrial disease attorney with Birchall Blackburn Law, said, “Mesothelioma is a cruel lung cancer that takes decades to develop after exposure to asbestos dust and fibers.

& # 39; It can be difficult to find evidence of exactly where exposure took place. That is why we need the help of former ICI employees who have worked in Northwich and Runcorn.