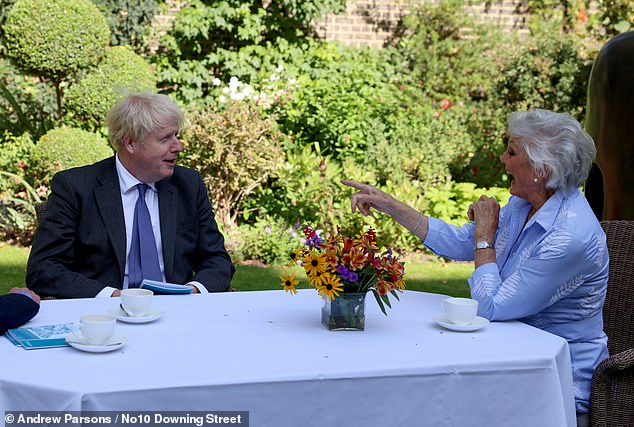 BORIS Johnson had a Tory backlash last night over "authoritarian" plans for a new fight against Covid.

Amid growing signs of discomfort, Sir Graham Brady – the Tory Backbench Shop Steward – said he would lead a revolt next week against the coronavirus restrictions expanded.

And in the House of Commons, Health Secretary Matt Hancock faced a number of hostile questions from his own side as he kept Parliament informed of the government's efforts to combat the virus pandemic.

Seasoned MP Pauline Latham asked Mr. Hancock to "explain to the Prime Minister that we are actually living in a democracy, not a dictatorship". Sir Edward Leigh urged ministers to drop the "authoritarian" approach, saying the government looked "increasingly incompetent".

He said to Mr. Hancock, “The problem with authoritarianism is that it is inimitable for civil liberties. It's also increasingly incompetent. It's consent-based, and consent for bans is dying.

“We should rely on encouraging people to take care of themselves, protect the vulnerable, and take responsibility for our own lives. That is the conservative way. “Sir Graham said he would force a vote in the House of Commons next week that would require ministers to seek parliamentary approval for further lockdown measures.

The chairman of the 1922 Tory Committee of Representatives said ministers were in the habit of governing by decree, adding: "The British people are not used to being treated like children." 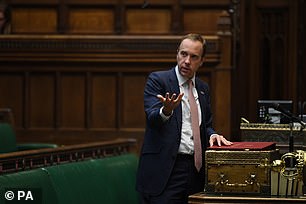 Sir Graham said the public deserved to know the criteria for bringing in – and ultimately canceling – what he called "really, quite extreme emergency forces."

He said a closer look at the so-called 'rule of six' would have left MPs to wonder why the limit was set at six rather than eight or ten and why children were being admitted in England rather than Wales or Scotland.

And he asked if the blocking strategy had worked, pointing to the situation in Sweden where such restrictions were not applied.

Downing Street turned down the proposal that the government would decide by decree. The Prime Minister's spokesman said MPs will have the opportunity to debate and vote next week on the expansion of coronavirus regulations.

Some high-ranking Tories questioned whether further national lockdown measures were even necessary given the huge differences in the number of cases across the country.

Former Tory leader Sir Iain Duncan Smith said: If we block the economy it will lead to more health problems and death than Covid is causing. "

It came when Mr Johnson met the Angela Rippon broadcaster on World Alzheimer's Day and pledged to support people with dementia during the pandemic.

Miss Rippon became an ambassador for the Alzheimer's Society after taking care of her mother Edna, who had dementia.

Charities have warned of the impact the lockdown and virus will have on those affected.

Michael Gove confirms the government is back to work
According to Radio 4 host Libby Purves, BBC channels are becoming increasingly age and sexist
Comment