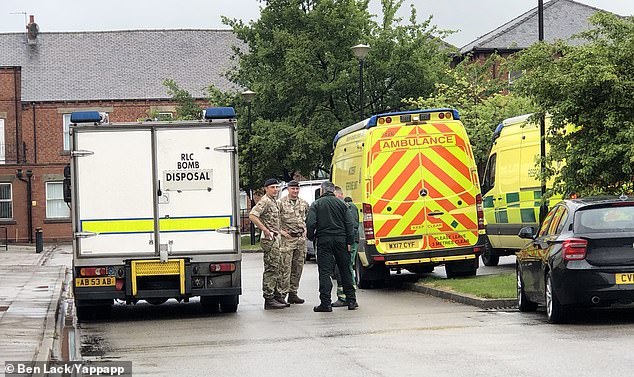 An entire street in Barnsley was evacuated after suspicious items were found in a house on Friday. Police and army officers were called on the spot.

A warrant for a property on Coronation Avenue in Grimthorpe was issued at 11:11 p.m. and 50 homes were evacuated after the discovery of “potentially harmful chemicals”.

A 100m barrier was set up and the Army EOD (Explosive Ordinance Disposal) team was present on the property, but evacuees were allowed to return home shortly before 7 p.m.

Army bomb disposal companies were called to a property in Grimthorpe, Barnsley, after "potentially harmful chemicals" were found that led to the evacuation of 50 homes

A 40-year-old man has been arrested and an investigation is ongoing.

A South Yorkshire police statement said: “The Army EOD team has now left Coronation Avenue and the barrier has been lifted.

There is also a scene on the property in which suspicious items were found during an arrest warrant that was carried out earlier today.

"Residents who have been evacuated from 50 homes near the property can now return home."

Both Coronation Avenue and neighboring Queens Road were evacuated. An evacuation center has been set up to look after those affected by the evacuation. However, some chose to stay with other family members who live nearby.

The statement goes on to say, “Anyone who has chosen to stay with friends and family instead of using the evacuation center as recommended is reminded that government guidelines on coronavirus (COVID-19) continue must be observed. People should return to their homes as soon as possible. 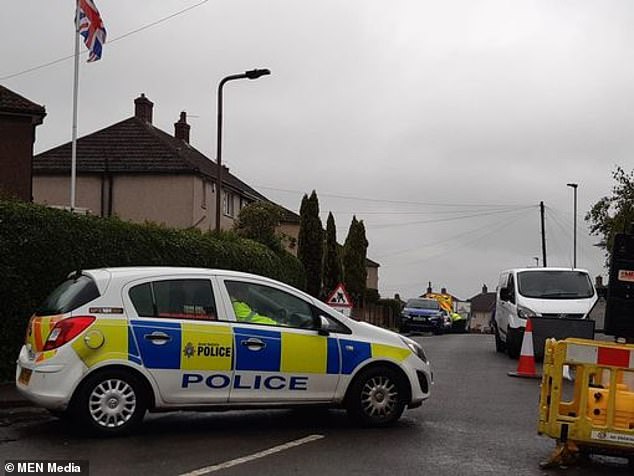 A 40-year-old man was arrested for ongoing investigations. Both Coronation Avenue and Queens Road in Grimthorpe were evacuated. Those affected were taken to an evacuation center or decided to stay with friends and families nearby

"If we continue to distance ourselves socially and remain separate, we will prevent people from becoming contacts and reduce the risk of the virus spreading throughout the community."

A viewer who lives on Queens Road announced that she and some of her neighbors were afraid of being driven out of her home.

She said: "It can be quite uncomfortable for some people, especially for the elderly, who cannot and are unable to leave their properties during this time."

Madeleine McCann: Parents are asking the German police to exchange evidence
Guardian is accused of hypocrisy for supporting BLM protests, despite Abraham Lincoln being classified as "heinous".
Comment