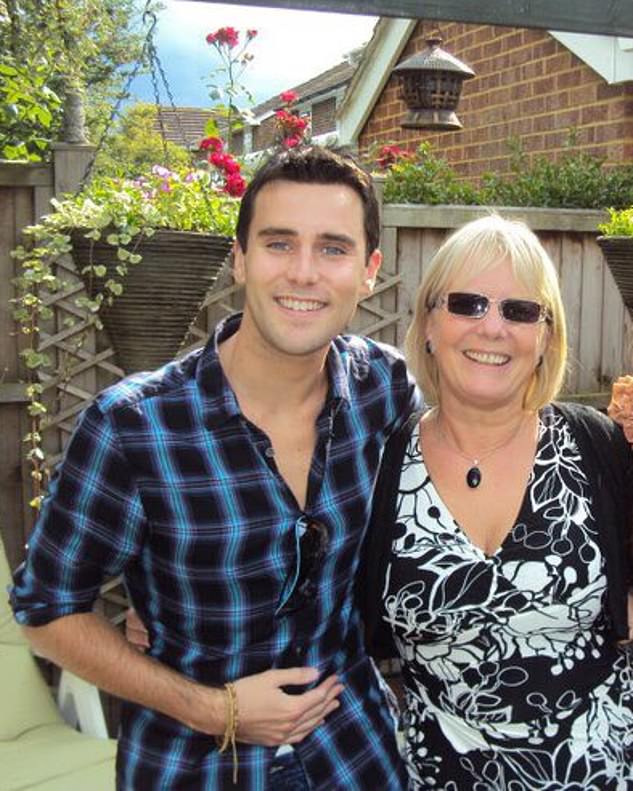 
Destroyed by the separation of his parents, Andrew Bullock focused his anger on the for years Woman he accused of destroying his family. Then he reluctantly agreed to meet her …

Andrew and his stepmother Sally, pictured in 2012, finally made a close connection

I was 14 when my parents announced that their marriage was falling apart. Things had been "out" for a few months, but I was always good at ignoring any skulduggery that might have been going on. That Saturday, 1998, I went to the two arguing in the kitchen to find that my private life, as I knew it, was over. "Your father doesn't love me anymore," were my mother's words.

Then I led a kind of family reunion in the recently renovated living room of our Berkshire home, which had always been a happy place for me. They weren't perfect – it's not a parent – but mom and dad had always told my little sister and me that they "would never separate". So you can imagine how I felt when I discovered that this was a lie. My 11-year-old sister heard the drama and stuck her head in it just to wish she hadn't. I startle when I reveal this, but our two parents had cheated. I still don't know exactly how it happened, who did what and in what order. What I knew was that Dad would leave the family home to stay with a woman he'd met in a pub (albeit a very chic pub). This message didn't go down well with me. I was so bitter. I was angry too. Mostly to my father because he was the one who left.

It was more complex with mom; I was angry with her, but she didn't go anywhere. Dad wanted to seek comfort in the arms of this mysterious woman. She became the target of my anger. That faceless blonde who had wandered into our lives uninvited and had somehow shown enough attraction that my father was ready to throw away an almost 20-year marriage.

That afternoon, before he left, Dad went upstairs. I got wind of the fact that he was up there, on the phone, to her! I stormed upstairs, opened the door and screamed so that she heard: "Leave my father alone, you bitch!" That woman is now my stepmother.

I want to make it clear that my father did not “leave” the family lightly. In fact, he kept coming back. These suitcases went up and down our stairs several times. The lady from the pub, however, was not happy about it. Here's another reason I started to hate her. He tried to get home, but she lured him back to her. Had E-Harmony existed at the time, I would have suggested that she try there instead.

Finally, Dad went right. I stayed in the family home with my mother and little sister, and Dad kept coming back to spend time with us. In her honor, mom and dad were good at ensuring that we were still a family unit (so as not to ruin ourselves completely, I assume). Mom was still seeing the other man, and Papa was going home to the other woman. Cake. Eat it.

This woman, whom I said I hated, was patient with me

The time we spent as a family passed soon enough, and Dad would just take my sister and me with me. But I had basic rules: I made it clear that I never wanted to be more than 100 feet from Dad's girlfriend. She was not welcome to join us.

It took three years. If daddy's side of the family had a meeting, they were not allowed to invite them. I had the right to enforce these rules as a despised older child. It hurt my late grandmother to see me so stubborn. After all, papa was her son and she wanted him to be happy. But I would not move. I was an active annoyance. When Dad dropped us off after a day out together, I called his girlfriend before he got home and told her what I thought of her just so he could get back to her house and found that I was verbally strapped on the phone by me has been.

Things changed when my grandmother turned 75 in 2001 and was told that Papa and his girlfriend had a surprise party in their house. If I wanted to be there, of course I would have to meet this woman. A few days before the party, my sister and I went with Dad and her for an incredibly unpleasant meal. I didn't speak, hardly ate and obsessively rearranged my cutlery. Annoyingly, Dad's girlfriend was actually fine. With my sister and I, she tried tirelessly to ask us about school, our interests and things that we enjoyed doing. She never spoke to the elephant in the room and never tried to apologize for what was going on. And admittedly, that was the best tactic she could have chosen. 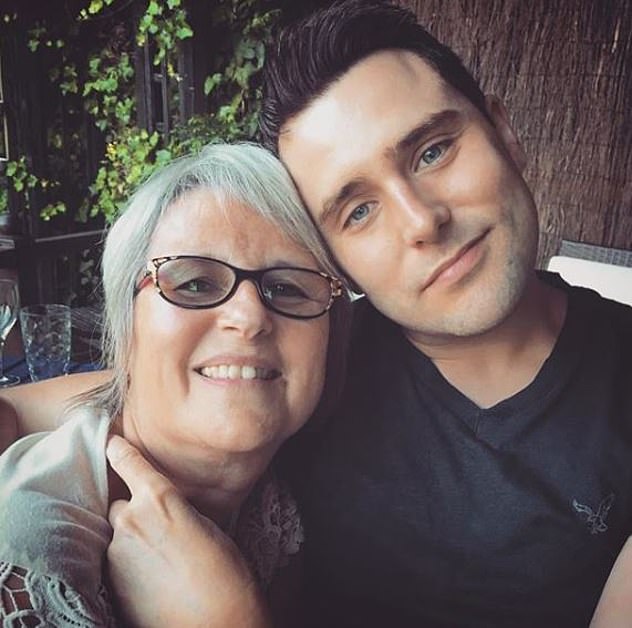 Grandma was overjoyed to see all of us at the party. Suddenly, strangely, it got easier. And at the end of this party, I liked my father's mistress. I couldn't quite believe it. A month later my grandfather – dad's father – died (at least he saw me start accepting the situation before he died, I suppose) and in a cruel twist, his death actually helped things. There is nothing better than a funeral to bring a family together.

In the meantime, my mother's friend (the same man she had an affair with and married to) was introduced to my sister and I, and suddenly I was living in this modern, mixed family. I did things with my parents and their other halves that I had done with mom and dad when they were together. It sounds civilized; but did I want divorced parents? No thanks.

In fact, until my late teens, I lied to all my friends that my parents were still together. I couldn't admit that I came from a broken home. My parents officially divorced when I was 17, and this feeling of finality caused setbacks.

I remember when Dad told me he was going to marry again, I refused to be measured for a suit, and I hated every second of the wedding. I still used his other half as an outlet for my anger. Maybe I protected my mother better, which is why I didn't attack her boyfriend the same way. I was definitely annoyed with him too, but I still thought of Papa's lover as the pub woman who took my father by the hand and led him out of the family home.

The dust settled again. I got older and tried to respect my new stepmother. And she won my respect by accepting all the time that I wasn't happy with how things had gone. Had she forced herself on me, it might have been less fruitful. It was tough; she still had to take care of herself. We had to coexist next to my father and she couldn't walk around everywhere. I would have seen anything else as a weakness. So she looked for ways to get in touch with me and over time we found that we understood each other very well.

I used to want to be a sitcom writer, and her willingness to hear about my scripts encouraged me to show her the designs. She enjoyed theater and poetry, just like I did, and we also connected through it. I also started to see her as someone in a parental position, but not really my parents. I could talk to her about my feelings fairly easily. In truth, it was an unexpected turn of events. I started to like her because she showered me with attention and praise. This woman, whom I had told in the past that I hated her, was patient with me and allowed me to gradually warm up for her. It showed me that she really loved my father and looked after his children. She was there in the long run.

My stepmother is strong-willed and has temporarily lost control of me. There was an incident when my father felt uncomfortable, where we had a particularly violent argument in a hospital lobby. But here, too, we both gave as much as possible, and I wonder if we learned to be friends there. There comes a point where you can no longer muster the energy to fight something you don't have to fight. Everyone knows that I was never a fan of my parents' decision to throw the towel in their marriage, but it did. That's it. You can forgive and look at things differently. 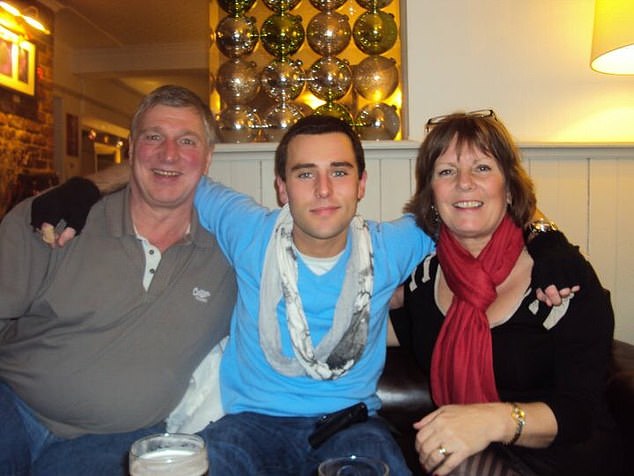 Andrew with his father and Sally in 2011

Divorce and the introduction of step-parents is one of the most difficult things to deal with as a family. And I would warn everyone with children not to get them through at any cost. But for any budding stepmothers out there who are faced with a potential stepchild who is looking for blood, it will be fine. Just don't be the typical "bad" figure. Don't accept the cliché. Don't push too hard, but don't be a pushover. In return, the child (or teenager or adult) comes along. If you treat them gently, you will be made to take a break. To be honest, my stepmother had the patience of a saint. A child's relationship with their parents' second wife or husband can become a relationship of love, trust, trust, and warmth if you do it right.

Life is too short. It is not easy, but forgiving, forgetting and making peace with your step-parents in the long run is the better option for everyone. It will never be perfect and there will be problems along the way. But you probably have one thing in common with your stepmother: love for your parents. And for that it is worth burying the hatchet.

How to be a stepmother

♥ Give your stepchildren time The worst thing you can do is force yourself into your life before you are ready.

♥ Do not exaggerate Yes, you want them to like you, but if you look them in the face, you won't win them over.

♥ Don't be too soft When you stand up for yourself, you get more respect.

♥ Remember you are NOT her mother Trying to take on this role for your partner's child does you no favor. Never try to enter this area.

♥ Instead, consider yourself a “cool aunt” Adolescents don't want to talk to their parents about relationships and sex, but they may come to you if there is a bond.

♥ Don't make her mother bad Each.

♥ Don't bother They may be married to their father, but there are some things that a stepchild only wants to deal with their parents.

♥ Show interest in them If you find common ground, your stepchildren may want to talk to you about things that upset them. You can connect through it and build a separate relationship.