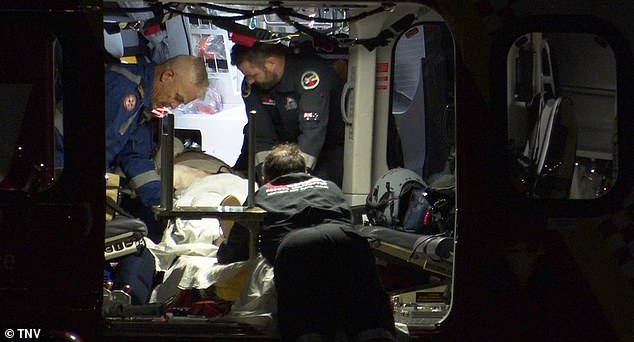 
"My stepfather was stabbed, my best buddy was stabbed and I was glazed": How a relaxed house party turned into chaos after armed teenagers collapsed

The celebration of the end of high school in Tumbi Umbi on the Central Coast was interrupted by three uninvited teenagers who started a fight on the driveway on Friday at 8:00 p.m.

Sam, the teenager who organized the party, approached one of the hooded men before being hit in the head by another man with a glass bottle.

Three security forces had been hired by Sam's family prior to the event, and despite their presence, Sam told the Daily Telegraph that the scene quickly got out of control.

"My stepfather was stabbed, one of my good friends was stabbed too, I was glazed and there was chaos in the driveway outside the door."

Both victims are in a stable condition in the hospital. Mick is flown to St. John’s Hospital in Newcastle while Matt is taken to Gosford Hospital.

Partygoers were able to record the license plate number of the Gatecrashers, which led to the police arresting three teenagers in their vehicle near the house.

The teenagers support the police in their investigation and their car is examined forensically.

There were no fees. 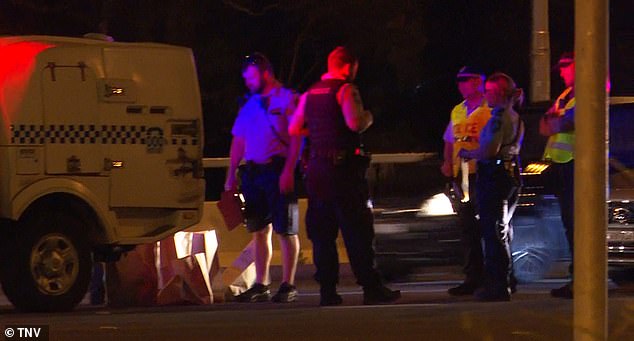 Partygoers were able to record the Gatecrash's license plate number, resulting in three teenagers being arrested by the police (pictured) in their vehicle near the house 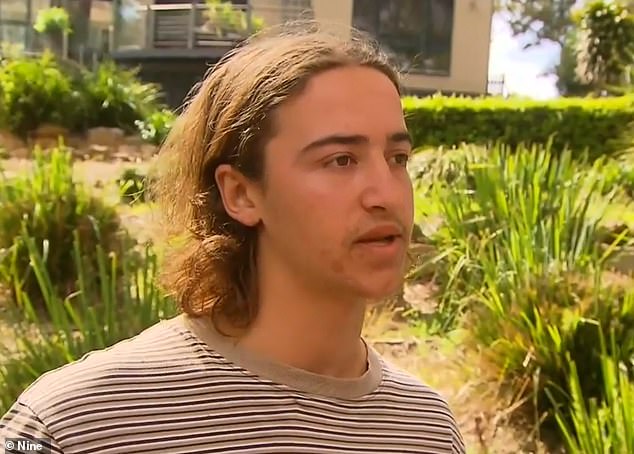 Party organizer Sam (pictured) who was glazed in the incident