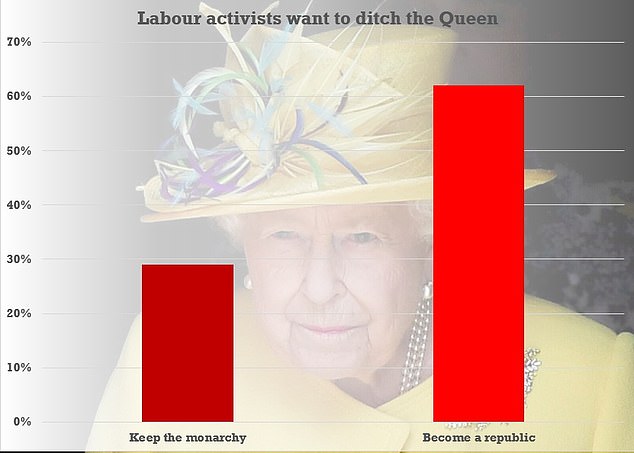 
Labor members want to drop the Queen, blame Britain for IRA attacks, and believe that the media is behind the party's anti-Semitism crisis, according to investigations

According to a shock poll, Labor members plan to drop the Queen and blame Britain for IRA attacks.

Most activists are more ashamed than proud of Britain's history and blame the media for the anti-Semitism crisis that is shaking the party.

The grim image of Labor believers led by Jeremy Corbyn emerged when the party held its conference in Brighton.

But the event was already marred by fierce fighting when the hard left tried to eliminate moderates.

The YouGov poll of 1,100 members found that only 15 percent were "proud" of British history – while 43 percent said they were ashamed.

Around 62 percent of Labor members say Britain should become a republic, compared to 29 percent who believe the monarchy will remain, according to the YouGov poll

One in five would be “happy” or “proud” to sing the national anthem – but half would be bored, embarrassed, or angry.

62 percent said Britain should become a republic compared to 29 percent who believed that the monarchy would remain.

The research was commissioned by Mainstream, a new campaign against political extremism.

The group is led by former Minister Ian Austin, who left Labor in February.

More Labor members have blamed the British government for attacks during the unrest than Republican terrorists like the IRA with a margin of – 32 to 27 percent.

Only 29 percent believe that groups like ISIS and Al Qaeda are the most responsible for terrorist attacks in the UK.

In a worrying upswing, more than two thirds of the activists support strikes to overthrow a conservative government.

Under a quarter – 23 percent – agree that Labor has a serious problem with anti-Semitism. 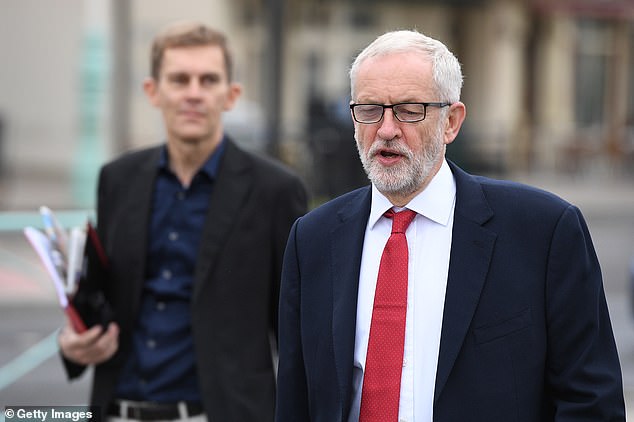 Jeremy Corbyn and his strategy chief Seumas Milne (left) are coming to Brighton for the Labor conference today.

Instead, 54 percent argue that Mr. Corbyn's media or critics are behind the argument.

Mr. Austin told the Sunday Times: “Today's party is not the one I grew up in. It was consumed by a culture of extremism and intolerance.

Under the leadership of Jeremy Corbyn, Labor has become a safe haven for anti-Semites. Those who spoke out against this caustic evil within were intimidated and even driven out of the party, but we are not silenced. & # 39;

He said the mainstream would "put the spotlight on those who hold extremist views."