A strong earthquake measuring 6.6 in magnitude destroys buildings in Turkey and causes people on Greek islands to flee their homes

Turkey and Greece were hit by a magnitude 6.6 earthquake today that destroyed buildings on mainland Turkey and caused people to flee their homes in the Greek islands.

Turkey's Disaster and Emergency Management Presidency said Friday's earthquake was concentrated in the Aegean Sea at a depth of 16 km.

At least six buildings in Izmir were destroyed, according to Turkish media, and footage showed people climbing over the rubble of destroyed buildings in the city. A minister said people were trapped under the rubble.

The tremors were also felt in Athens and Greek islands including Crete, while the deputy mayor of Samos said "the walls of some houses have collapsed and several buildings have been damaged".

A destroyed building in Izmir, Turkey, after today's 6.6 magnitude earthquake in the Aegean Sea 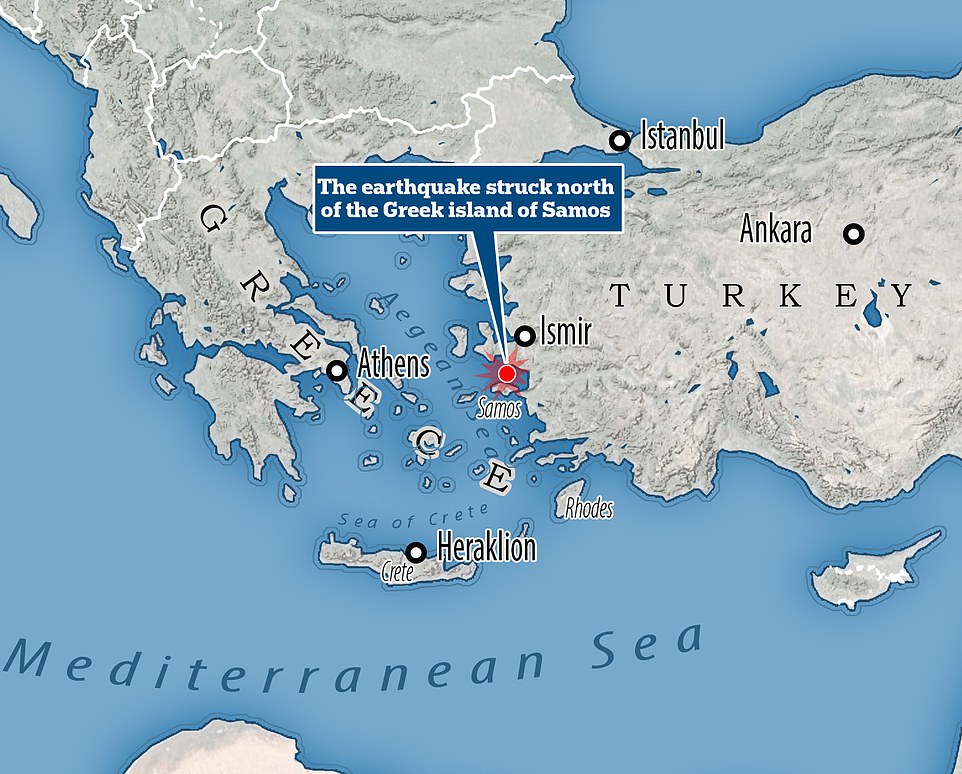 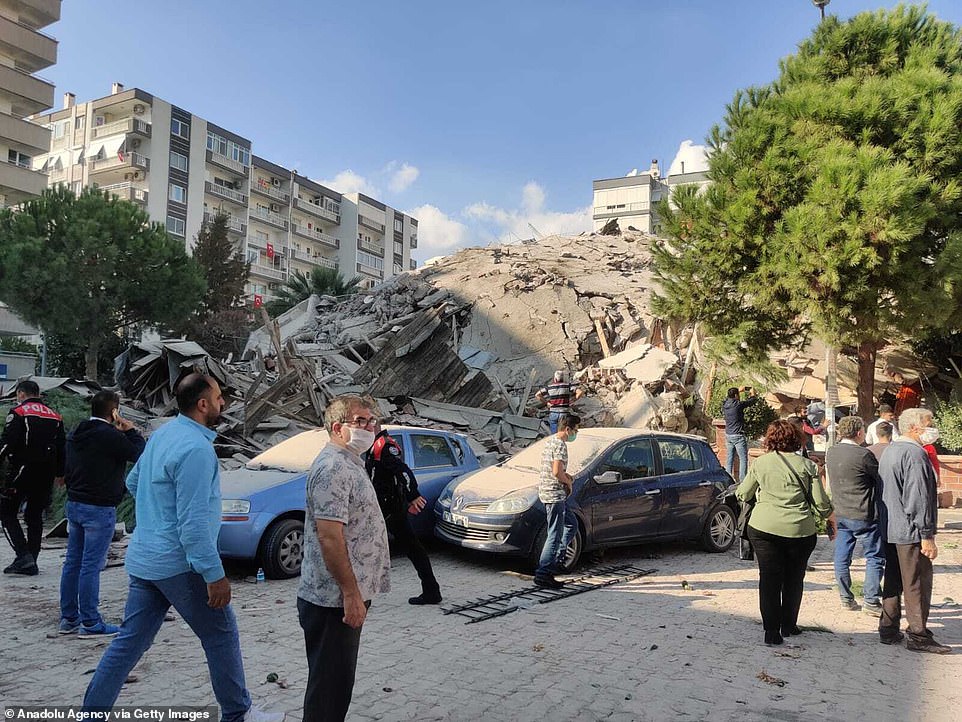 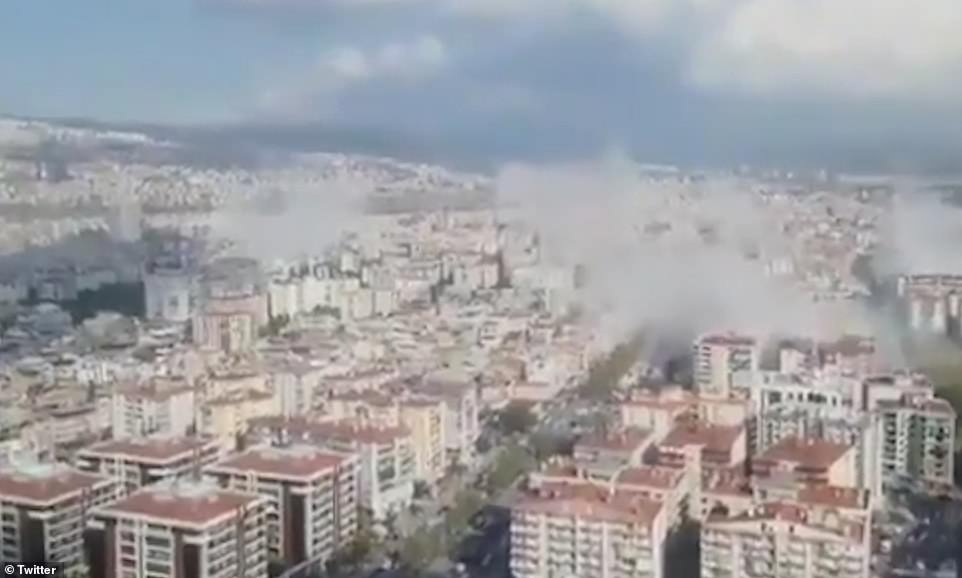 Smoke over the city of Izmir, which appeared to have suffered the worst damage from the earthquake on the Turkish side 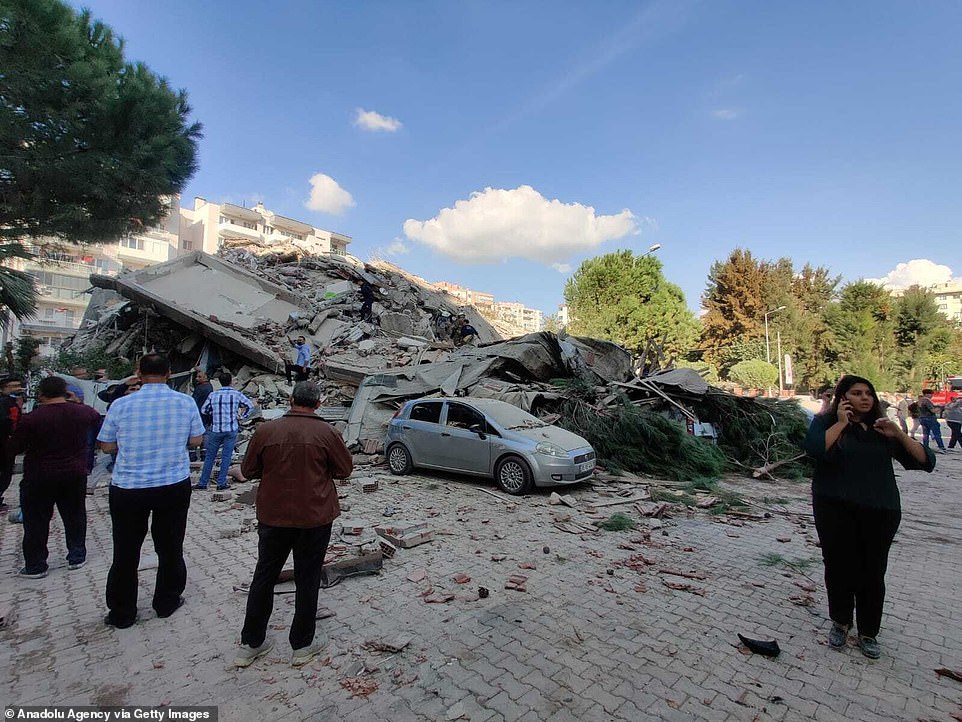 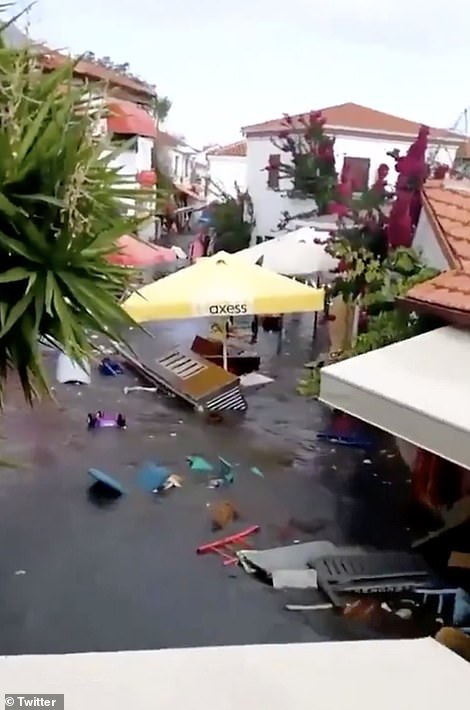 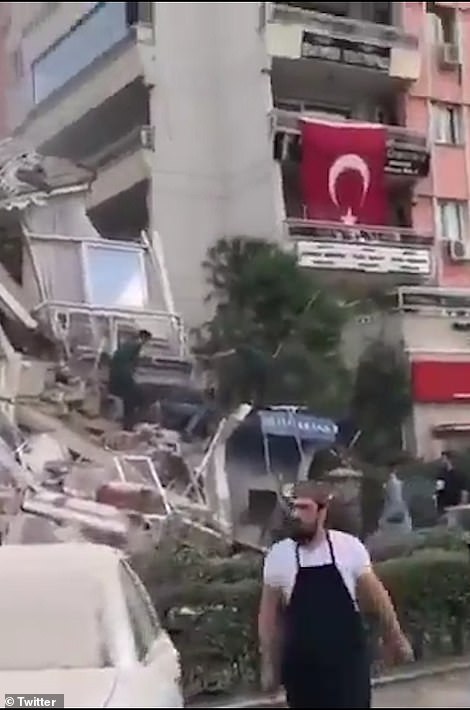 After the earthquake (left), debris floated on roads in flood while buildings were damaged in Turkey (right)

The Euro-Mediterranean seismological center said the quake had an epicenter eight miles from Samos.

Samos' 45,000 people have been told to stay away from the coastal areas, top Greek seismologist Eftyhmis Lekkas told Skai TV. "It was a very big earthquake, it's difficult to have a bigger one," said Lekkas, adding, "a tsunami cannot be ruled out."

People stormed the streets in Samos and other islands after Greek officials set the tremor at 6.6 and the US Geological Survey set it at 7.0.

In Turkey, pictures showed the rubble of a multi-story building in Izmir that people climbed to reach rescuers. The Turkish environment minister said people were trapped under at least five buildings.

In Izmir, smoke blew over several places, while in the city of Seferihisar, debris floated over the streets in the flood.

Turkish media said the earthquake was felt in the Aegean and Marmara regions where Istanbul is located. However, the Istanbul governor said there were no reports of damage.

The Turkish President Recep Tayyip Erdogan said: "With all means of our state we stand by our citizens affected by the earthquake." "We have taken measures to start the necessary work in the region with all relevant institutions and ministers," he said.

Turkey is on the 14-day quarantine list for British tourists, while Greece and most of its islands, including Samos, are on the approved list for travelers from England, with Scotland and Wales applying their own rules. 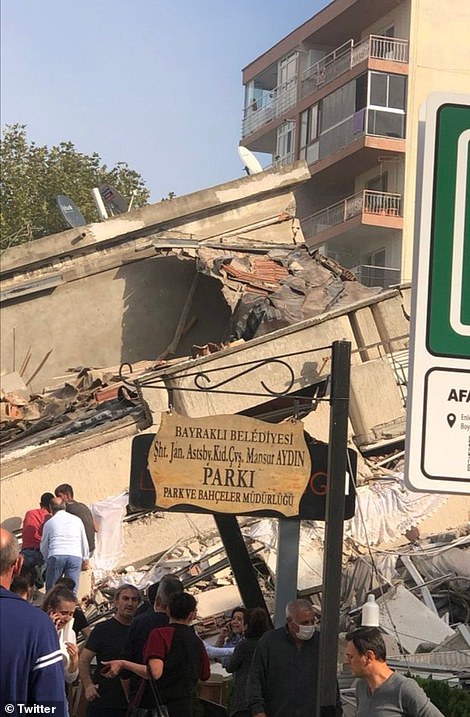 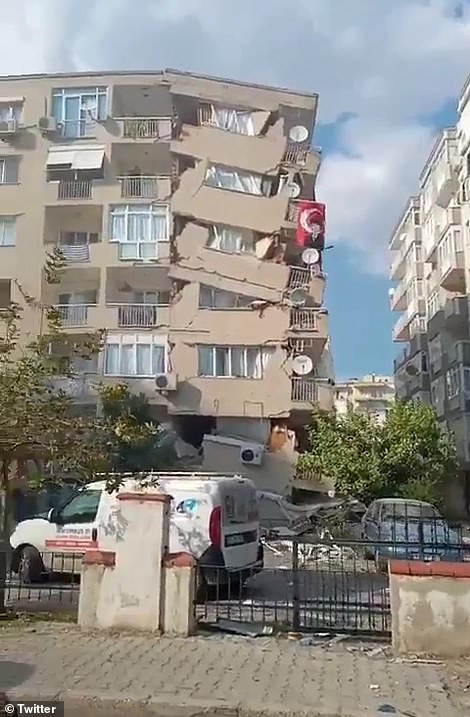 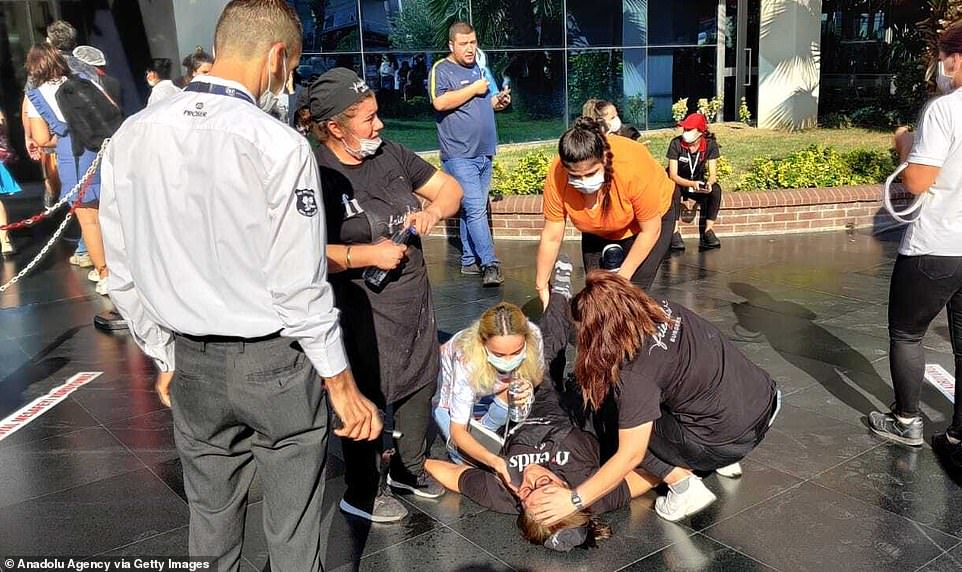 A person is being treated after feeling weak after the 6.6 magnitude earthquake in Turkey's Aegean Sea today 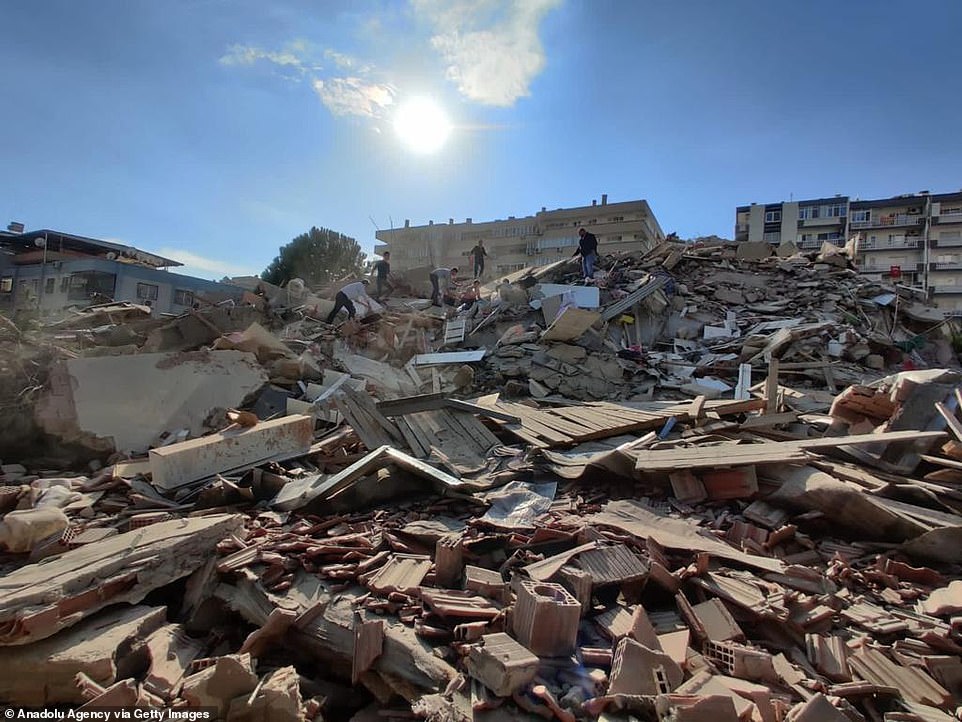 Coronavirus: Infections in the UK are steadily increasing but have not gotten out of control
Sky History Axes & # 39; The Chop & # 39; above the & # 39; right-wing extremist & # 39; Tattoo storm of the Nazis
Comment