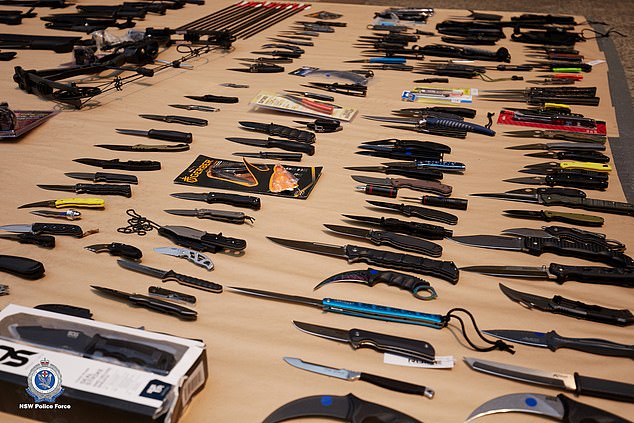 
Knuckle dusters, ballistic vests, 200 knives and a slingshot: the man is charged after the police found a terrible supply of weapons in his house in Sydney

A Sydney man was indicted after the police confiscated nearly 300 banned weapons.

In mid-November, border guards intercepted seven packages aimed at the same person and containing a range of weapons, including knuckle dusters, butterfly knives, and hidden knives.

The police were alerted and carried out a search warrant in a house in Maroubra on November 26.

Officers found more than 250 weapons during the raid. 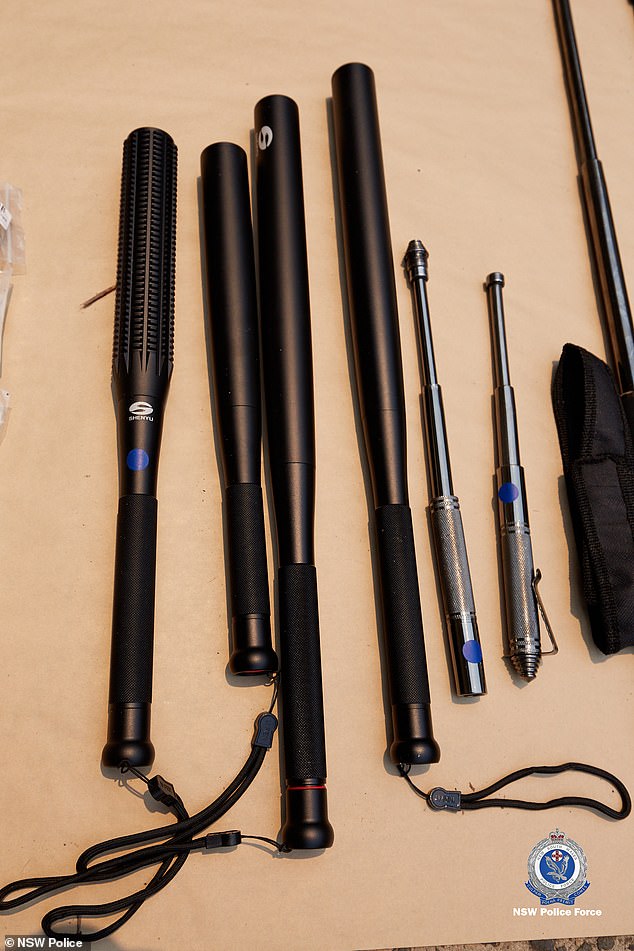 The police searched the man's house in Maroubra and found a supply of weapons (batons shown).

On December 11, police seized 39 more weapons from a Border Force warehouse in Sydney. These included electronic control units, a slingshot and a variety of knives.

A 49-year-old man arrested on the Maroubra property has been charged with six import and seven possession counts of the prohibited weapons.

He was given a conditional bail and is due to appear before the Waverley Local Court later Thursday. 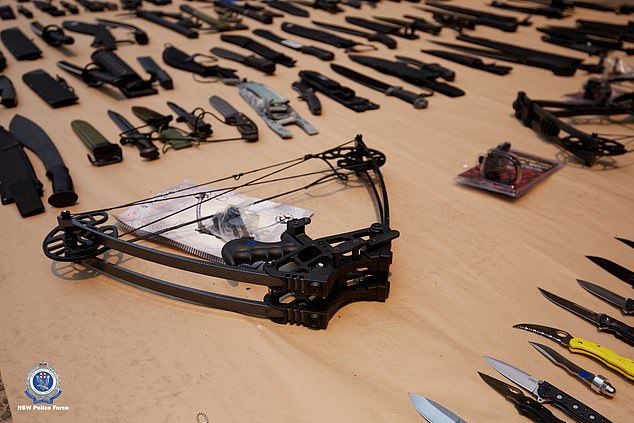 Dean Anthony Sellenthin regrets crimes such as raping dogs and attacking an older woman
"Drug dealer" admits having buried a friend's body in the bush, but accuses ISIS fighters of death
Comment